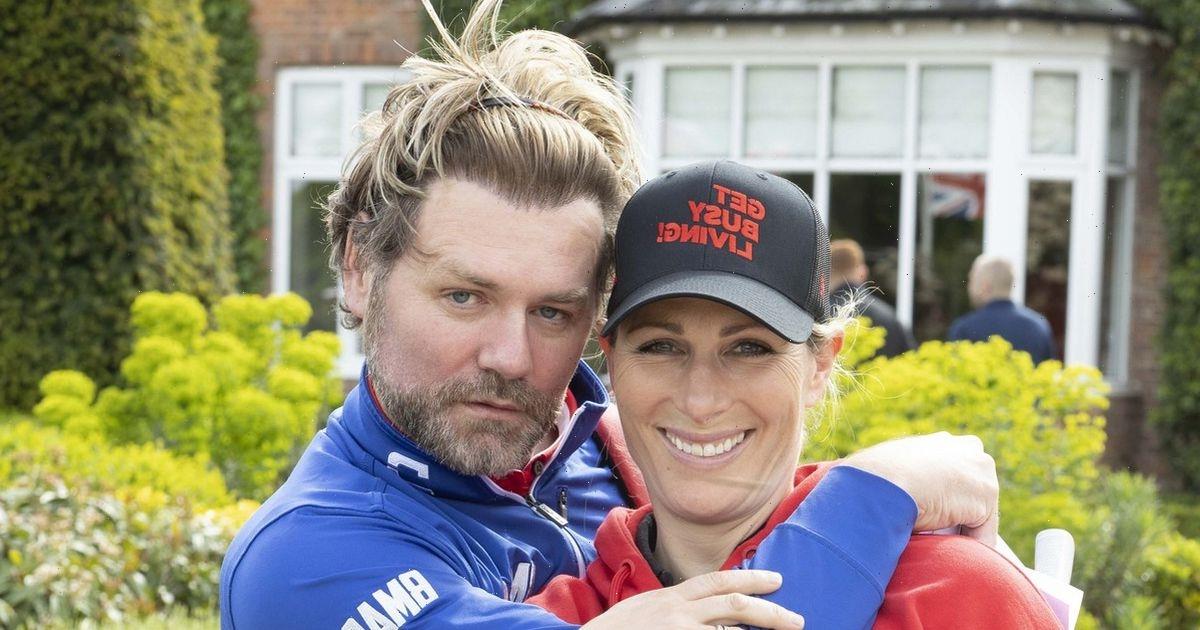 The 40 year old granddaughter of The Queen looked in high spirits with Mike, 43, as she attended the celebrity golf event for Mike's annual charity fundraiser at The Belfry Golf Club in Sutton Coldfield.

Snaps showed Zara smiling in a red hoodie bearing Mike’s name and the charity event, and she wore her blonde hair tied back in a ponytail as she rocked a cap bearing the words “get busy living”.

She wore white jeans and sneakers, and held some tortoise shell sunglasses to complete the casual and golf-appropriate look.

Brian, who wrapped his arms around Zara, sported a blue golf top and wore a headband which pushed his blonde locks out of his face.

Mother-of-three, Zara, and Brian have been friends for a long time, and in 2019, along with Mike, they raised £35,000 for The Bubble Foundation charity.

Boyband star Brian performed Westlife favourites on stage with the Red Arrows, whilst taking part in the star-studded celebrity golf competition, which took place in Wales.

In June 2021, Brian revealed that Zara and Mike had been invited to his upcoming wedding to his fiancé Danielle Parkinson after the couple welcomed their first child together.

"They’re also delighted for us and sent us a lovely message, and we’ve spoken since both of the babies were born.

He continued: "We’re just so thankful that they put us in touch with [expert nutritionist] Simone, who put us on the diet which helped us get pregnant.”

When asked if the royals will be at his wedding, Brian replied: "Of course. Gemma [Collins] will also be invited.

He also added: "Then Keith [Duffy] is my best man."