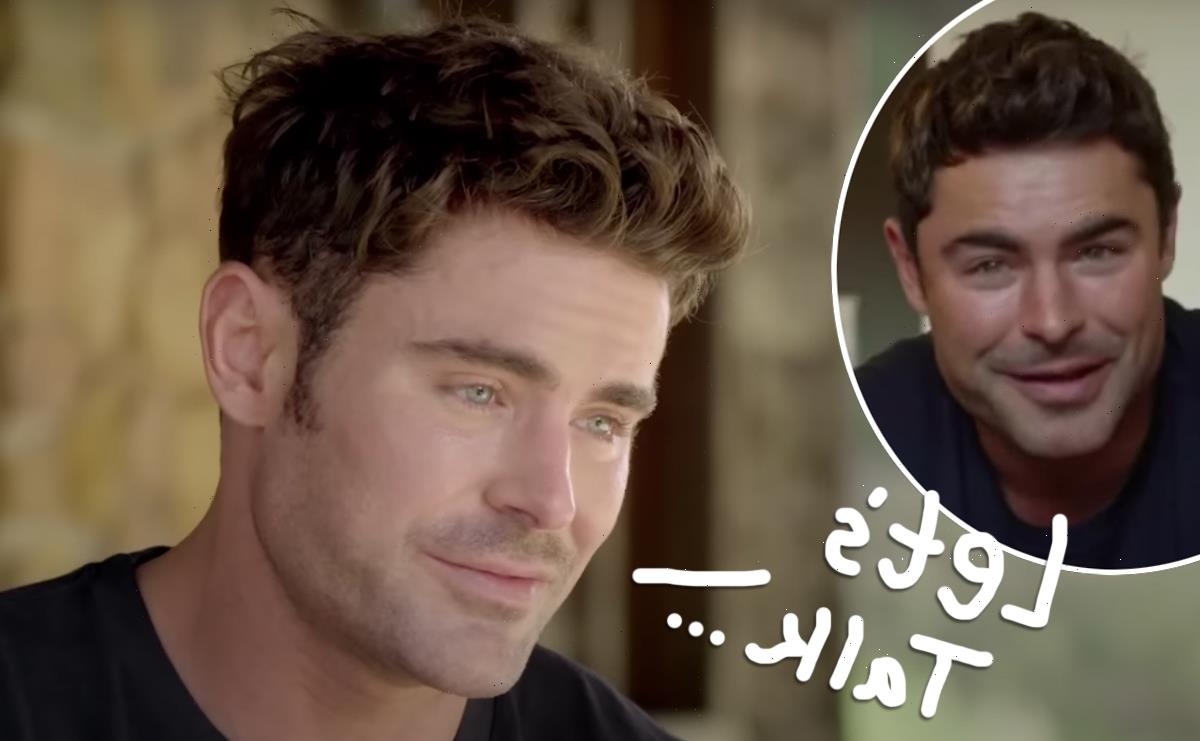 Remember last year when Zac Efron appeared alongside Bill Nye, among a slew of other celebs, to promote the broadway feature Earth Day! The Musical? It was tough to focus on the important environmental message while staring at his jawline! We mean, he’d always had great structure, but this was something else!

The look caused an INSTANT frenzy online, with fans speculating the actor must have gone under the knife to achieve the look. Well, we never really got to the bottom of that mystery — until now. Yes, Zac is finally ready to talk. And no, you won’t guess what happened!

During a sit down with Men’s Health for their October cover, the High School Musical alum dished on all things mental and physical health, that unreal body he achieved for Baywatch, and of course, the infamous Jaw-gate, and boy, it’s not what you’d expect.

The 34-year-old got candid about a serious issue he’s been going through — a LOT of injuries! He revealed that about four years ago, within about an 18 month period he had a lot of injuries from training too hard. He tore his ACL, dislocated his shoulder, broke his wrist, and threw out his back. Oh, and one more thing: he completely SHATTERED his jaw! Starting to see where this is going?

That one wasn’t actually related to training. He explained that while running around his house in socks one day (who doesn’t love a good slide across the floor every now and then), he slipped and smashed his chin on the granite corner of a fountain, which immediately knocked him out. When he woke up his chin bone was hanging off his face.

Yeah, that’s one mental image we could have gone our whole lives without…

As for the noticeable change in facial structure, he explained that the masseter muscles (found in your jaw) work “like a symphony” while you chew. In his case they had to compensate for his severe injury — and got pretty swole in the process. He actually has to do regular physical therapy to maintain their usual size!

However, while relaxing in Australia last year, he took a break from the PT — resulting in his 2021 look. He stated:

“The masseters just grew. They just got really, really big.”

Wowwwww… That is an explanation!

The Firestarter actor revealed he hadn’t caught wind of the online debate over his face until his own mother called asking if he’d gotten plastic surgery, which he was confused by since he doesn’t use social media. He noted:

“If I valued what other people thought of me to the extent that they may think I do, I definitely wouldn’t be able to do this work.”

Ha! That’s pretty valid considering how collectively crazy everyone went over his jaw-gate. Some of those comments got rather nasty… And Zac has pretty much stopped feeding that fire, especially in the aftermath of his Baywatch transformation, for which he developed an inhumanely shredded physique, as we’ve previously reported. And thought about many, many times…

Giving the rundown on that particular transformation, he admitted it’s not sustainable IRL, even for him:

“That Baywatch look, I don’t know if that’s really attainable. There’s just too little water in the skin. Like, it’s fake; it looks CGI’d.”

Seriously! In fact, he explained after filming wrapped for the 2017 feature, he had lasting negative effects:

“I started to develop insomnia and I fell into a pretty bad depression for a long time. Something about that experience burned me out. I had a really hard time recentering. Ultimately they chalked it up to taking way too many diuretics for way too long, and it messed something up.”

Oh no! We’re so sad he ended up hurting himself so much just to look good for us. It’s a good lesson about overdoing it.

These days Zac and his jawline are back to the usual beautiful, ripped — but not too ripped — way we’ve always appreciated. Thankfully it sounds like he’s feeling better now that he’s gotten back there, too!

See the full cover (below):

We really feel for the Neighbors actor. We know how brutal Hollywood and fandoms can be, and how high expectations become. If we can learn one thing from this interview, hopefully it’s that we’ll think before we judge the next time a celebrity appears a bit different.

Thoughts, Perezcious readers? Let us know in the comments down below!