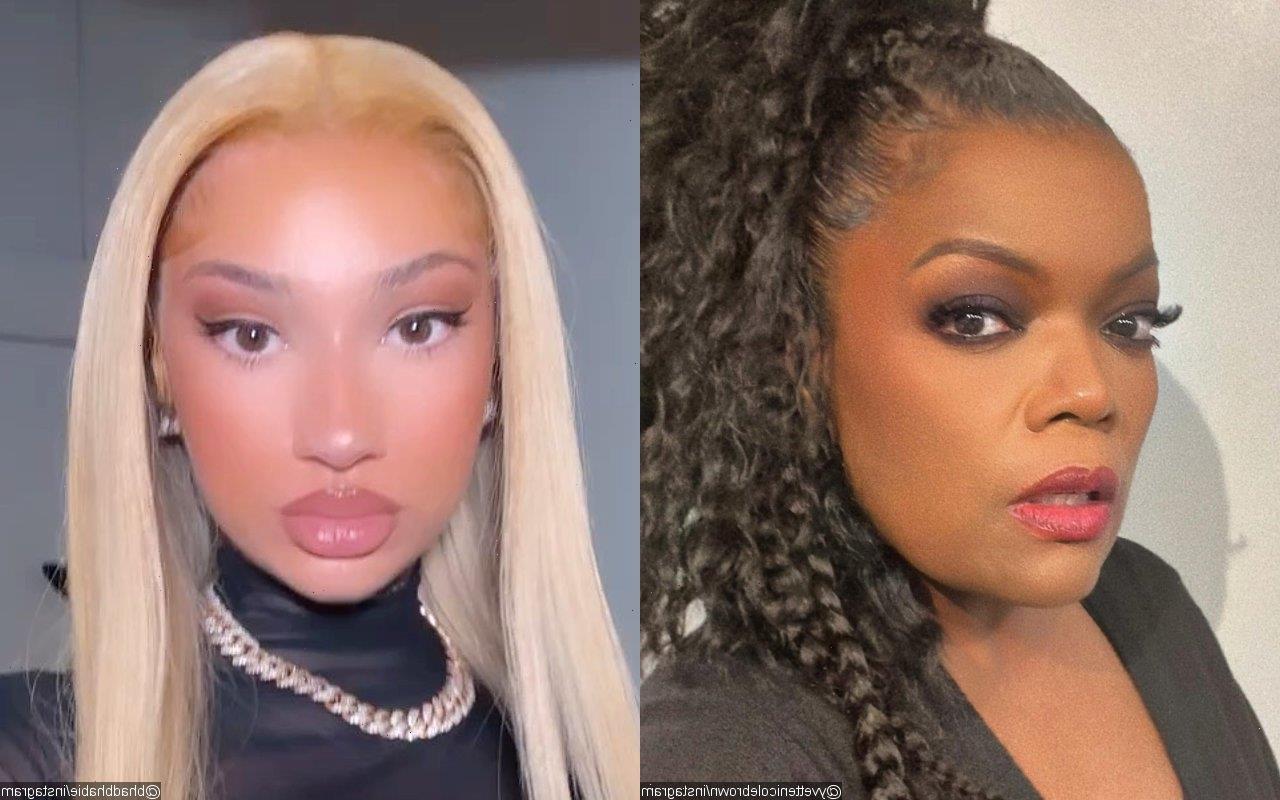 Before being called out by the ‘Community’ alum, the ‘These Heaux’ raptress has previously addressed the clips that led to allegation that she’s blackfishing.

AceShowbiz -While she has amassed more than 16 million followers, including Vanessa Hudgens, Chloe Moretz and Blac Chyna, on Instagram, Bhad Bhabie a.k.a. Danielle Bregoli cannot impress everyone. Yvette Nicole Brown is just one of them who will not click the follow button on the raptress’ Instagram page anytime soon.

The actress made it clear that she’s not a fan of the 19-year-old star and she was put off in particular by Bhad Bhabie’s videos, in which she looked like a different person. Sporting blonde hair, she showed off her full-makeup look.

What made it awkward though was it seemed that the OnlyFans star wore a foundation with a shade darker than her actual skin tone, prompting the allegation that she tried to look like a black woman.

Taking issue with it, Yvette posted a side-by-side photo of Bhad Bhabie without the makeup on and her drastic makeover after putting on the makeup. In the caption, she didn’t mince her words as writing, “*sigh* Tale as old as time.”

“Who said it first, was it you @amandaseales? ‘They want our Rhythm but none of our Blues’. Tracks,” so the “Community” alum added. “And for those who asked: Yep, this is the same chick. After, yknow… a lot of ‘adjustments’.”

Trashing Bhad Bhabie, one social media user commented on Yvette’s post, “A looooooooottttaaaa ‘adjustments’ ” Another wondered, “Wait are we saying this is the same girl?!?!?!?!” Someone else remarked, “They want the look, the style, the swag, the vibe….but not the struggle.”

Bhad Bhabie, in her part, has previously responded after she received backlash for the clips that were first posted on Instagram earlier this month. Accused of blackfishing, the “These Heaux” spitter shared a screenshot of her conversation with someone, who possibly did her makeup. In the text conversation, the person felt sorry for stirring up the drama as they wrote, “I feel bad.”

The Boynton Beach alum then asked the person to “go take a pic of the color foundation I use,” which was also featured in the screenshot. With that explanation, Bhabie declared, “Case closed!”

In a separate Instagram Story, she clapped back at the naysayers. “Don’t y’all ever ask me again why I don’t b on ig! I don’t make no money on here I don’t need to b on here I do it for my fans but y’all take it too far everytime it is honestly sad and weird,” she wrote.