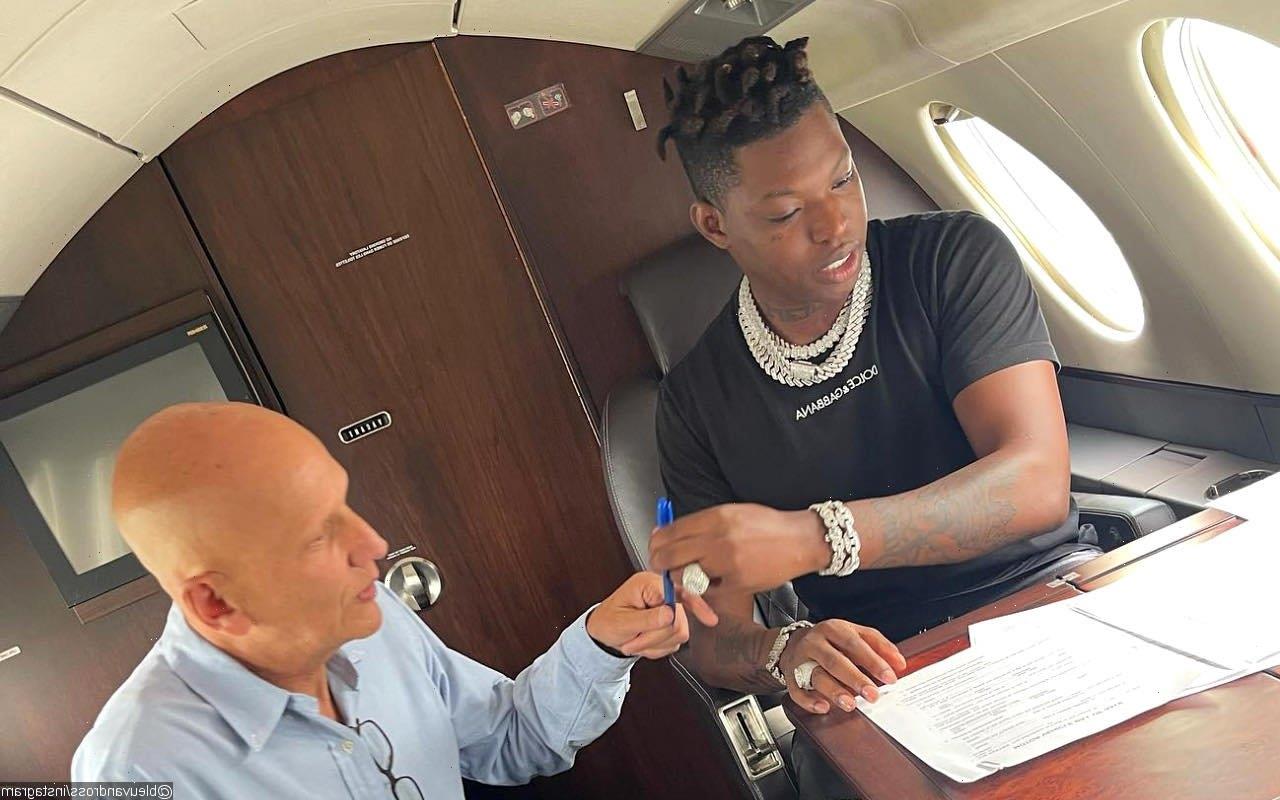 Showing off his new plane on Instagram by sharing a video of him signing the papers, the ‘You’re Mines Still’ hitmaker claims he used to be not able to afford baby diapers.

AceShowbiz –Yung Bleu is living the American Dream. The rapper from Mobile, Alabama is a living proof that anyone, regardless of their background, can attain success in their respective fields as he has finally got his own private jet.

Showing off his latest achievement, the 28-year-old took to his Instagram page to flex his fancy ride. He shared a video and photo of him signing the papers inside the plane. Another picture showed him standing outside the plane, while a second clip was taken as he was seemingly on board the airborne jet.

In the caption, Bleu acknowledged his struggle for nearly a decade to survive and make his name in the music scene. “Nobody know we’re [sic] life can take you . It took me 10 hard years to get here,” he penned. “We’re [sic] can I start. I used to day dream all day when I lived with my mama. I used to tell people everyday Ima be successful. Some people believed some didn’t. I just Kept going !”

“On my road to success I fell off bout 4 r 5 times . Lost Alotta loved ones,” the “You’re Mines Still” shared. “Gave away Alotta money blowed a lot to . But I dnt regret ! I helped Alotta people. At the same time Never hated on Nobody ! never said I deserved another man success . always played my role.”

Bleu, whose real name is Jeremy Biddle, went on bragging, “Stayed a HUMBLE BEAST ! hits , im resilient! can’t be defeated ! I pulled my self up every-time ! ! IM PROUD OF MYSELF ! U A F**KING BEAST. To not even owning a car to owning plane ! I couldn’t afford to buy Corbin diapers now to owning my own private jet.”

“From alabama ? Man I broke barriers I’m already a goat in my state,” he claimed. “When I was young in the game I didn’t no [sic] what being a ARTIST Vs BUSINESS MAN was. Alotta these people dnt understand the moves I make behind closed doors. I just be letting y’all flex but mane !”

Bleu went on saying that he hopes he can inspire others with his achievement. “I had to post this 1 ! I’m posting this to motivate the young guys ! Long term investment !” he wrote, before concluding the message with an announcement about his new album. “…and most importantly! ALBUM OTW,” so he revealed.