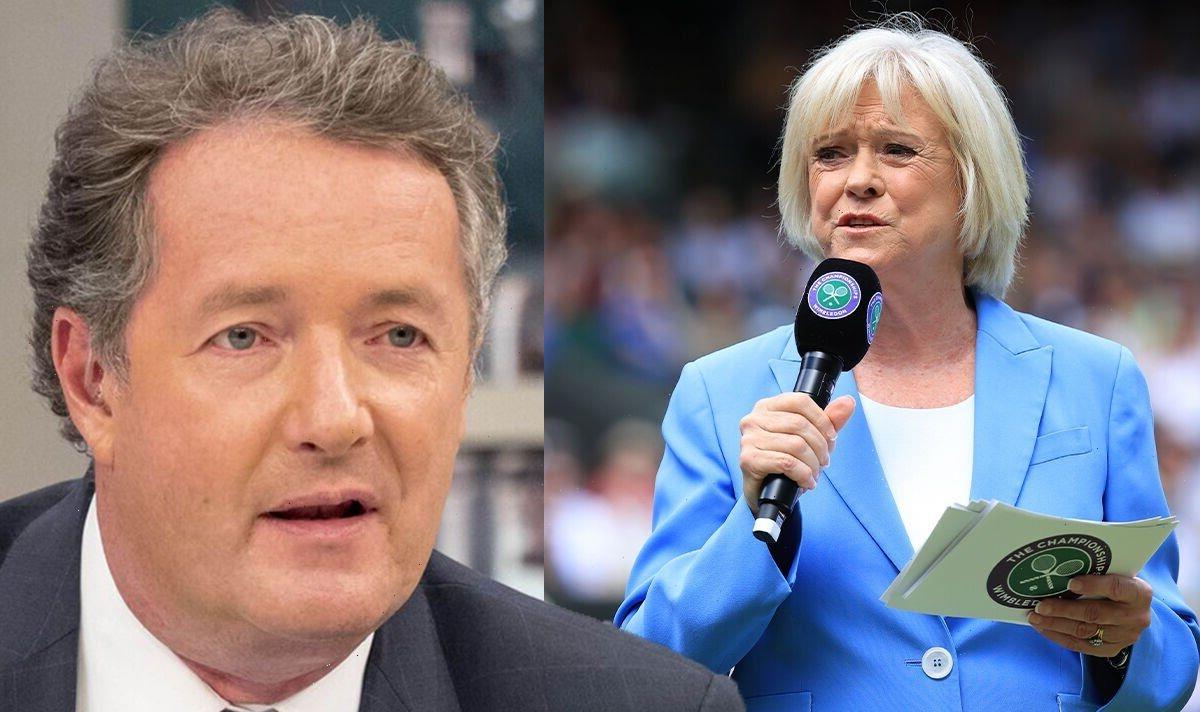 Sue Barker, 66, just finished her final stint hosting Wimbledon after it was announced that she would be stepping down from live sports broadcasting for the BBC. Piers Morgan, 57, has now taken to Twitter to question if the BBC put “pressure” on her to leave as he shared his confusion over the star’s early retirement.

She’s 30 years younger than the Queen!

Piers was responding to a BBC Sport video where Sue could be seen reacting to a heartwarming tribute the BBC had left her.

“She’s 30 years younger than David Attenborough & the Queen and just as good at her job as she’s always been.

“The BBC should change her mind, especially if they put pressure on her to go….” 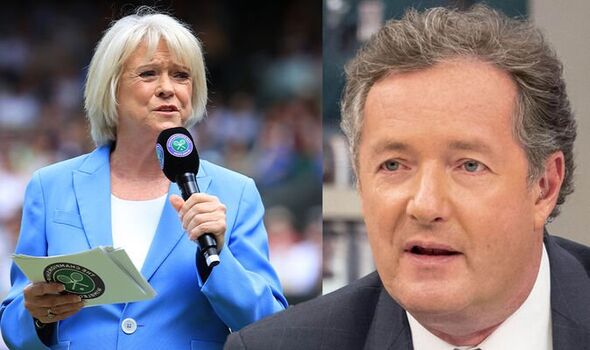 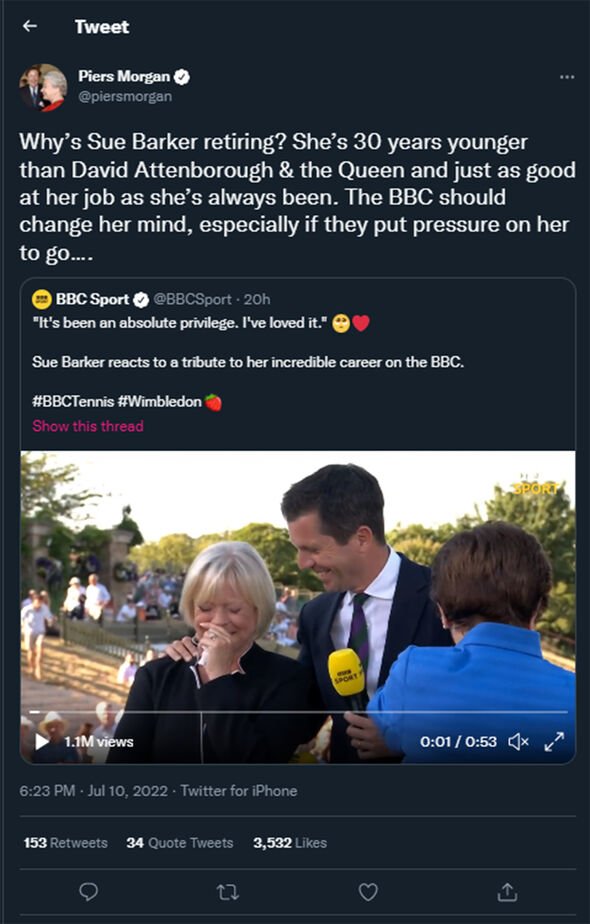 There is no evidence the BBC were responsible for Sue’s retirement.

Express.co.uk has contacted representatives for Sue, while the BBC declined to comment.

In an official statement regarding her Wimbledon departure, Sue explained: “What a wonderful time I’ve had working on some of the biggest sporting events around the world.

“I will miss it terribly but after 30 years I feel the time is right for me. I’ve worked with the best of the best.” 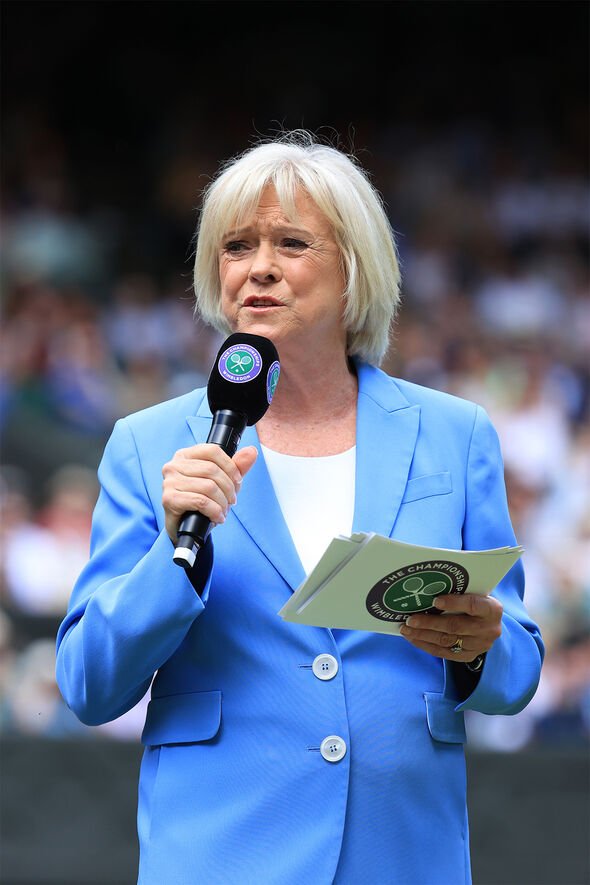 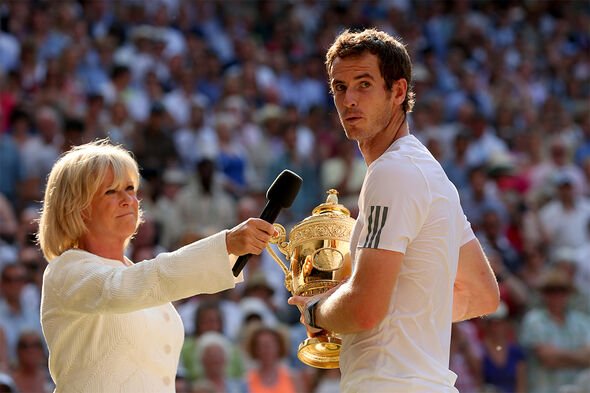 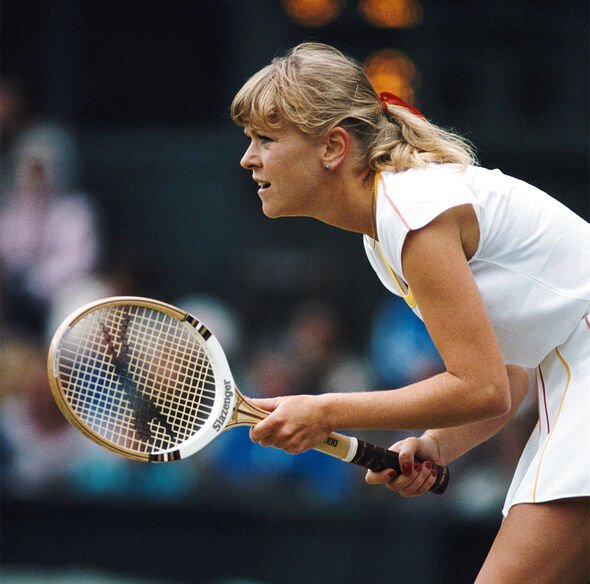 Tim Davie, Director General of the BBC said: “Sue Barker has been the face and voice of Wimbledon for three decades.

“Many of our viewers will not know of a summer in SW19 without her.

“She is a consummate professional, an outstanding presenter and a wonderful colleague, loved by current and former players, all of us at the BBC and audiences across the UK and beyond.

“Her contribution to tennis, the BBC, sports presenting and for blazing a trail for women in broadcasting cannot be overstated.

“We are looking forward to her leading our coverage, with all the style, warmth and knowledge she has displayed for the last 30 years, and we will say farewell with heavy hearts at the end of the tournament.”

Sue was surprised with a montage of her career with tributes from current and former tennis players yesterday.

Roger Federer admitted in the video that Sue had made him cry, while Sir Andy Murray said: “You are going to be missed by everyone who loves tennis.”

By the end of the montage, Sue was wiping her tears away with a tissue, as Billie Jean King declared her to be the greatest presenter.

Sue has presented many major events across the BBC including Wimbledon and Queen’s tennis, the Olympic Games, Commonwealth Games, World Athletics Championships, the London Marathon, the Grand National, Royal Ascot and BBC’s Sports Personality of the Year.

She was previously a world number three tennis player, having won the 1976 French Open title.