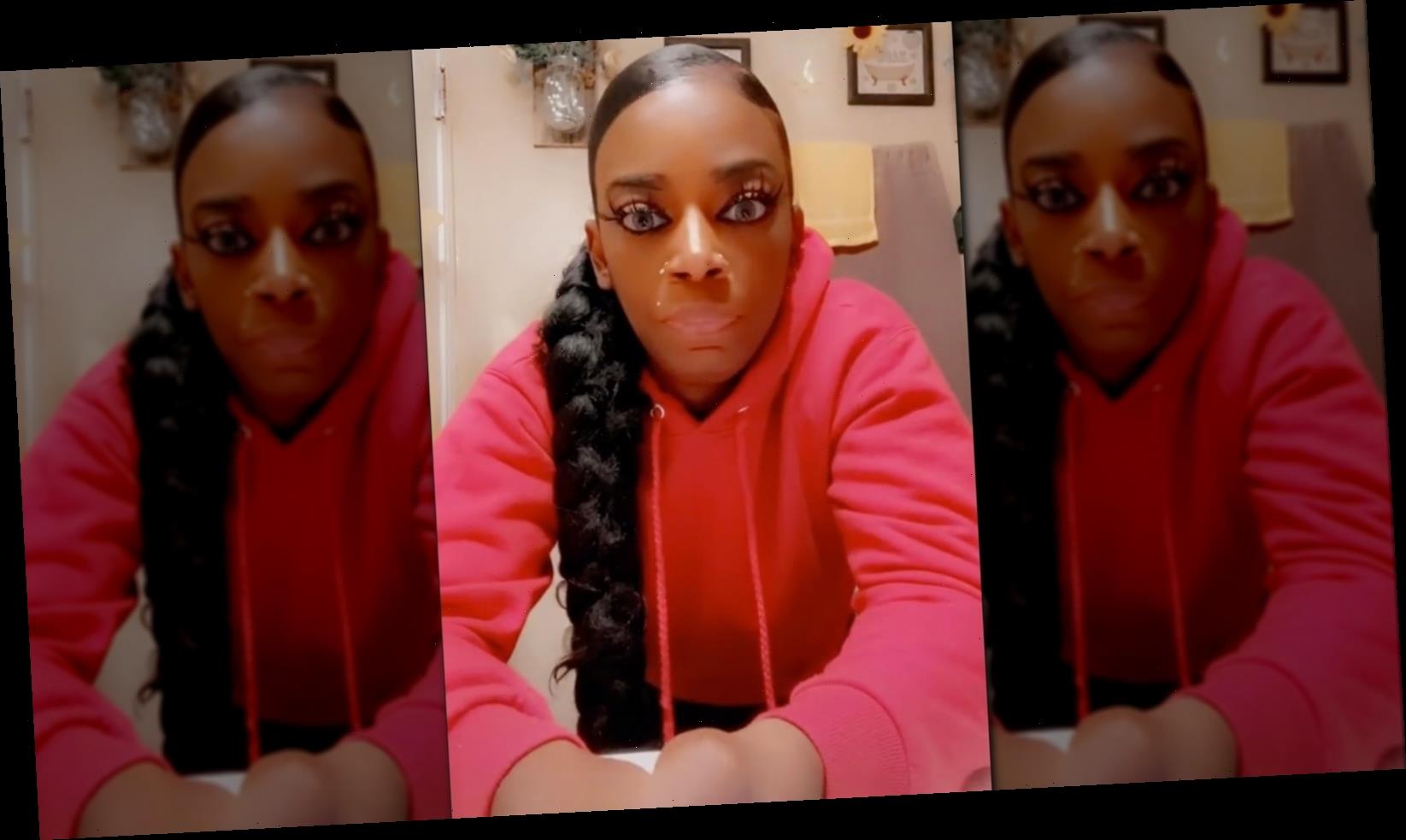 It’s easy to accidentally ruin your hair, but Tessica Brown took it to a whole other level when she decided to spray her hair with Gorilla Glue after running out of Got2b hairspray, according to People. Calling it a “bad, bad, bad idea” in a TikTok that went viral, Brown explained, “My hair has been like this for a month now. It’s not by choice.” She added, “I’ve washed my hair 15 times and it don’t move.”

Coconut oil and tea tree oil also didn’t work, but if the mom of five thought she’d find support online, she was somewhat mistaken. Plenty of ridicule ensued at first, but Brown did eventually get some love from a few high-profile names, including Chance the Rapper, who tweeted, “When I watched the video the second time it was hard to laugh cause I could tell shorty genuinely didn’t know she had put one of the world’s most powerful adhesives in her s***.” He added, “I hope she recovers well.” The View co-host Sunny Hostin also took aim at Brown’s haters, tweeting, “So many are being dismissive of #gorillagluegirl. Given the history of how black women are targeted and still battle the pervasive belief that our natural hair is unprofessional, unkempt, or in some way ‘a statement’ [please] show her some grace and understanding.”

Tessica Brown’s hair saga continued for days after her TikTok went viral, and thanks to the internet, she ultimately did get help — from a Beverly Hills doctor who you might find familiar.

Shortly after going viral, Tessica Brown decided to seek medical help and headed to the emergency room in Chalmette, La. Taking to Instagram, she shared an image of a nurse applying a white cream to her hair, then posted a follow-up snap showing nail polish remover pads and a bottle of sterile water. “This is really about to be a long process,” she captioned the snap.

According to TMZ, Brown wasn’t kidding! She reportedly spent 22 hours in the ER while staff tried acetone to remove the glue, which reportedly burned her scalp and failed to remove the adhesive. In fact, it appeared to make matters worse, as it “made the glue gooey before hardening back up.” The viral star was reportedly told to keep trying at home, but eventually gave up.

Meanwhile, Gorilla Glue responded to the drama, tweeting that it was “very sorry to hear about the unfortunate incident that Miss Brown experienced using our Spray Adhesive on her hair,” but was quick to add that “this product is not indicated for use in or on hair.” The brand also made sure to highlight that “our spray adhesive states in the warning label ‘Do not swallow. Do not get in eyes, on skin or on clothing.'”

That’s when a celebrity plastic surgeon stepped in to save the day.

While Tessica Brown continued to receive at-home remedy advice from followers, as well as a special offer for wig assistance from Beyoncé’s hairstylist, Neal Farinah, it was a doctor in L.A. who finally stepped up to the plate.

As TMZ first reported, Beverly Hills plastic surgeon Dr. Michael Obeng offered to remove the Gorilla Glue from Brown’s hair for free after testing a DIY concoction on a wig made of real human hair, per New York Post. The TikTok sensation wasted no time taking him up on his offer and flying from her native Louisiana to Los Angeles for the procedure. Once there, TMZ reports she underwent a four-hour operation under light anesthesia, which finally removed all of the Gorilla Glue from her hair. According to the outlet, the procedure would normally have cost her $12,500, but Dr. Obeng didn’t charge her a cent.

So how did he manage what no one else could? “I looked up the compound. The main active ingredient in Gorilla Glue, polyurethane, and we had figured out the science, how to break it down,” he told TMZ. Turns out it took a mixture of industrial adhesive remover, aloe vera, olive oil, and acetone to set Tessica Brown free.

This isn’t the first time Dr. Obeng has been in headlines, though.

If Dr. Michael Obeng looks familiar, it may be because you’ve seen him on TV on the E! reality series Second Wives Club, which starred his wife, Veronika, in 2017. What’s more, it seems Dr. Obeng is quite the accomplished fixture in Beverly Hills. As his website states, he’s a “Harvard trained, board-certified Beverly Hills plastic surgeon” who was twice named one of America’s Top Plastic Surgeons and is an “expert in complex reconstructive surgery.” Originally from Ghana, his social work through his non-profit, R.E.S.T.O.R.E Worldwide Inc, has gained him much praise. As he told TMZ, he was happy to help Tessica Brown and was pleased that the surgery went as well as it did, noting, “She is very, very lucky that she did not sustain a lot of injuries to her scalp. This type of ordeal is no joke.”

Tessica Brown’s luck sure seems to be turning around. In addition to finally having no more glue in her hair, she’s raised over $20,000 via a GoFundMe page, per New York Post.