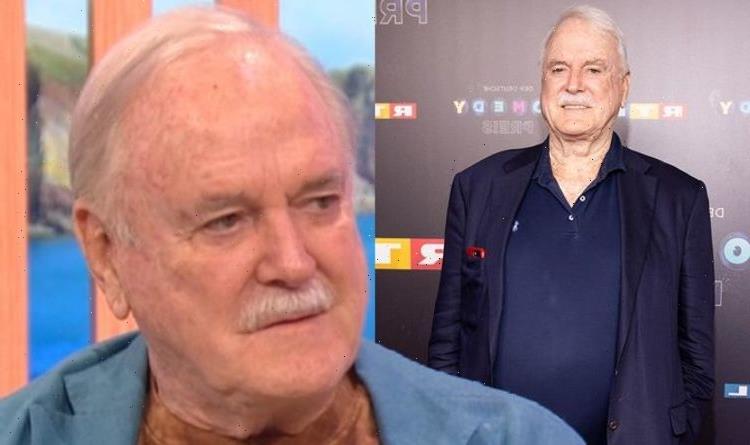 The One Show: John asks host to 'speak up'

John Cleese, 82, made an appearance on The One Show this evening, revealing a more vulnerable side to the comedian. The actor had to ask presenters to “speak up” as well as losing his train of thought during the show.

John was interviewed on the show by Michelle Ackerley and Jermaine Jenas and was joined by opera star Andre Rieu.

Michelle introduced the pair, then said: “Welcome guys, so much to chat to both of you about.

“It’s so lovely to have you both here on the sofa.”

John interrupted telling Michelle: “You’ll have to speak up, darling.

The pair began laughing, with Michelle replying: “I’ll project my voice like a true comedian.”

A bit later on the show, presenter Jermaine asked John about a musical he was writing, with John repeating: “Say again?”

Jermaine repeated: “Is there another musical you are writing?”

John then began to look very confused, and replied: “Oh no, I am adapting A Fish Called Wanda.”

Looking frustrated, he closed his eyes, while losing his train of thought.

Changing his answer, John responded: “Oh sorry, I am adapting A Fish Called Wanda for a musical and I am adapting Life of Brain as a stage show and it’s very naughty.”

John revealed in 2018 that he was going deaf, saying at the time he was happy about it because it meant he did not have to listen to “rubbish”.

Speaking to the Daily Mirror at the time, he said: “[I’m going] increasingly deaf.

“[It’s not a] burden. On the contrary, I find it quite liberating.

“I smile and nod and point at my ears, and am thus released from the duty of taking notice of all the rubbish directed at me.”

The actor and comedian has been open about his health issues in the past having run-ins with cancer during his life.

The actor’s first run-in with cancer was in 1996 when he publicly announced he was worried about his prostate.

In 2020, John revealed that he had to have an operation to remove a cancerous tumour from his leg.

At the time he tweeted: “Had a minor operation on Friday. A surgeon cut a small cancerous bit out of my leg. Very minor.

“At my age this sort of thing happens about once a week.”