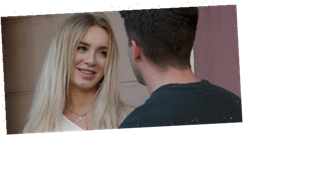 Thanks to cyber-sleuths and court documents, we have a pretty good idea of which Season 8 couples are still together.

On Instagram, Yara Zaya is taking it to the next level by sharing the very NSFW reason that she moved halfway across the world for Jovi.

Whether you’re critical of Yara or love watching her scenes as much as I do, you know that she’s not afraid to speak her mind.

She has made it very clear that she has a number of issues with the one-bedroom apartment that Jovi picked out for them.

Jovi considers it nice because it’s in an upscale part of the city. To Yara, it’s small and the decor … needed some work.

The apartment aside, Yara is also not the biggest fan of New Orleans in general.

Jovi clearly enjoys the festive atmosphere of the city. To him, it’s home.

To Yara, it is loud and smelly and rambunctious and did we mention smelly? Horse manure is not an inviting aroma.

Yara’s tendency to speak about her wants and her preferences comes from a place of self love.

Viewers of The Other Way Season 2 just spent months watching Ariela Weinberg complain, only to somehow always end up yielding to her boyfriend and baby daddy on everything.

Yara is determined that this won’t happen to her. She loves herself and she wants to be happy, period.

Jovi does not always make her happy, if she’s being perfectly honest.

On Season 8, Episode 5 of 90 Day Fiance, we saw her break down into tears over how Jovi had gone back to work after her miscarriage.

She had to go to the hospital alone, and it makes it hard for her to trust Jovi enough to have kids with him — intentionally, this time.

Spoiler Warning: we are about to reveal Yara and Jovi’s fate.

The two of them got married.

First reported by John Yates, Yara and Jovi obtained a marriage license in February of 2020.

They were married in a ceremony in Las Vegas, just as Yara wanted — sorry, Gwen.

In fact, there are even reports that the couple welcomed a child together much later in 2020, but that has yet to be confirmed.

That said, some fans are struggling to understand … why things worked out for these two.

By all accounts, they are fundamentally different people with widely varying senses of style.

What exactly do they have in common that made them want to get married, aside from the shared grief of their miscarriage and the bonding that went on during that mourning period?

Early this season, we saw what looked like Yara struggling to describe what she liked about Jovi.

“He have a good body … not now; before,” is not exactly a love poem.

Of course, fans were very aware at the time that Yara may have said much more that was cut by sneaky editors.

From Jovi’s side of things, he’s clearly crazy about Yara, as he can sing her praises …. but a lot of that had to do with her looks.

The two seem to snip at each other constantly on screen, and Jovi even called Yara a “bitch” on Instagram as the season began to air.

They’re married, but do they even like each other?

Fans who follow the couple on Instagram are seeing a different side of them, however, noting that they are more genuine.

Editing doesn’t tell the whole story, and 90 Day Fiance producers in particular are unafraid to provoke and re-film stars as many times as they want until they get what they want.

Recently, a follower asked how big Jovi’s penis was, which is quite a question to ask someone you do not know.

“Why you think I fly to USA?” Yara asked rhetorically before answering: “Really big.”

Well, congratulations to Yara and to Jovi for that blessed eggplant.

And while we’re at it, congratulations to them both on getting married!

Perhaps, as Season 8 continues, fans will gain a better understanding of what has kept these two together.