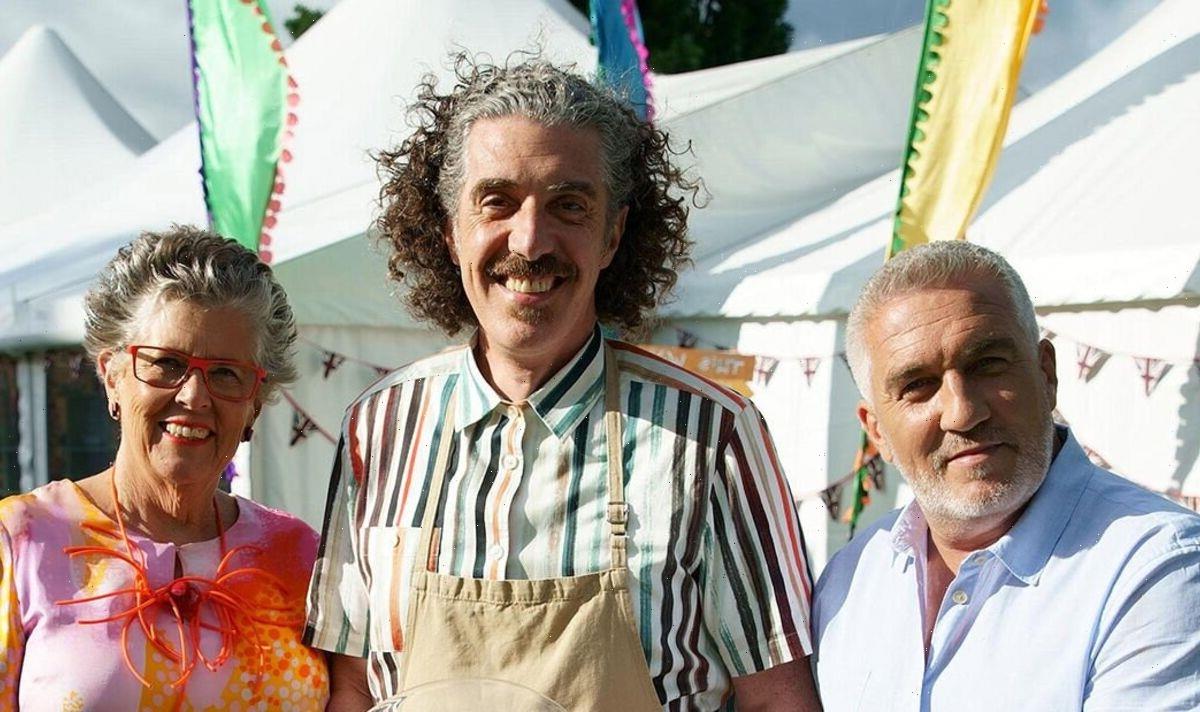 Bake Off: Giuseppe says he didn't 'forget' to turn on oven

Giuseppe Dell’Anno, 45, took home the trophy on the Great British Bake Off last year and has enjoyed much success. The now full-time baker has spoken exclusively to Express.co.uk about how he dealt with criticism from Prue Leith and Paul Hollywood ahead of the show final.

Giuseppe’s life has been non-stop since he won the show in November last year, quitting his job as an engineer, to launch his career as a full-time baker.

Giuseppe addressed dealing with harsh criticisms of his bakes from the judges and if it ever affected him.

He replied: “I crave criticism and I crave feedback because behind any criticism there is an opportunity to grow and to improve yourself and make yourself better.

“So being on Bake Off and having people with experience and expertise and telling you how you can improve and make the cake better.

“It is very harsh but I’ve always welcomed that as I know it is never personal, it’s always just about the cake.

“So why should I not take it positively and constructively?”

He also opened up about what was different on the show when he took part, to when he was a viewer at home.

He expressed: “As a viewer of the show I was simply enjoying it as many people do at home. You enjoy it at face value without asking questions as to how the whole thing functions.

“But having seen it behind the scenes, if anything, I love it even more.”

Giuseppe then complimented the Bake Off production team for their “seamless” editing skills.

He continued: “But you know, they make it look seamless.

“On TV you go from one minute where there is buttercream carnage and literally everyone is covered in cocoa powder and whip cream.

“Then the next second after the adverts the whole room is spotless.

“So the amount of work that goes into the show is monstrous.

“As an engineer, I was fascinated to see the mechanics of what happens behind closed doors.”

Giuseppe spoke out about the show shortly after his win, late last November.

He admitted in an interview with The Guardian that he thought the show was going to “be a nightmare” but he was wrong.

The Bake Off winner also admitted how strange he found it to be working surrounded by celebrities like Noel Fielding and Matt Lucas.

He said: “In the early weeks, there was a part of my brain that kept telling me: that’s Noel Fielding right there, talking to you.

“It took me a while to adjust to having celebrities around me.”

To find out more about what baking has to do with engineering, watch the cake being made and find a recipe for a simpler version of the cake created by Rahul, Andrew and Giuseppe, please visit www.thisisengineering.org.uk. Anyone who creates a Time To Celebrate Engineering cake and posts the results on Instagram (@thisisengineering), on TikTok (@ThisisEngineering) and on Twitter (@thisiseng) on Wednesday, November 2 will be in with a chance of winning a tasty prize.