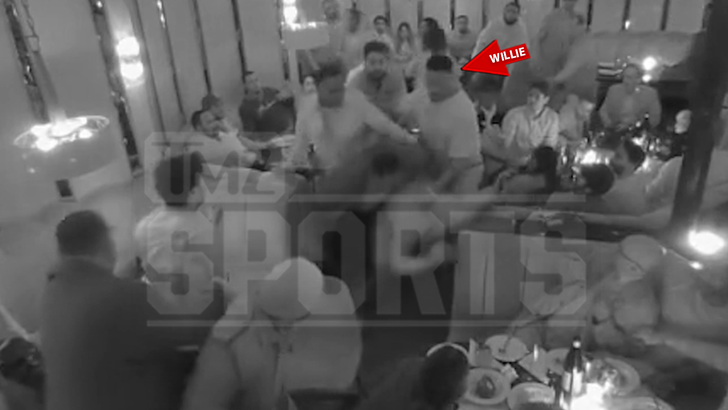 Willie McGinest beat the hell out of a man at an L.A. hotspot — an attack that got him arrested Monday — and shocking video, obtained by TMZ Sports, shows him punching the guy in the face and later bashing him in the head with a bottle.

The wild altercation went down on Dec. 9 at Delilah in West Hollywood … when the ex-NFL star and several of his apparent acquaintances could be seen in the footage unloading on a man who was sitting at a table at the popular lounge.

In the clip, you can see McGinest walking up to the guy and appearing to exchange words with him — before landing a left hook straight to his face.

At least three other men could be seen in the video immediately jumping into the action — landing a flurry of strikes on the man over and over again. 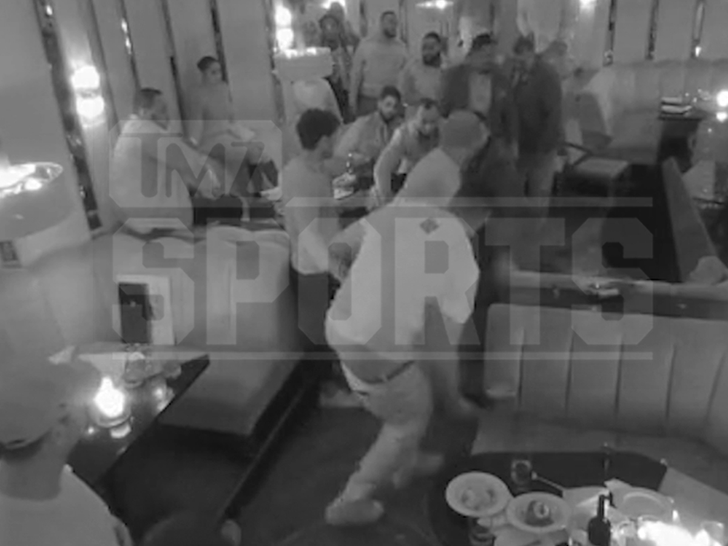 The punches rarely stopped for around 30 seconds — despite bystanders’ attempts to try to separate the men from each other.

At one point during the melee, McGinest appeared to pick up a bottle … and then slam it into the man’s head repeatedly. The 51-year-old former linebacker can be seen in the footage tossing it onto a nearby sofa, before finally walking away from the scene. 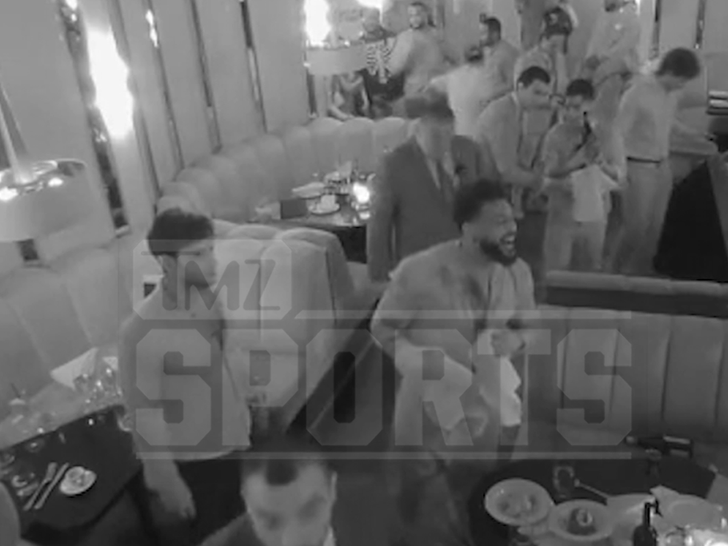 The man looked to be bloodied and bruised once the brawl stopped. He has yet to be publicly ID’d.

McGinest was arrested on Monday morning over the incident — authorities said he was booked at 7:30 a.m. on a charge of assault with a deadly weapon. Jail records show the New England Patriots legend’s bail was set at $30,000.

According to police, McGinest posted bond and was released from custody at 9:46 AM.

McGinest is considered one of the greatest players in Patriots franchise history … he played for the org. from 1994 to 2005 — winning three Super Bowls. He was inducted into the team’s Hall of Fame in 2015.

McGinest has been working as a football analyst in retirement … most recently breaking down games for NFL Network.