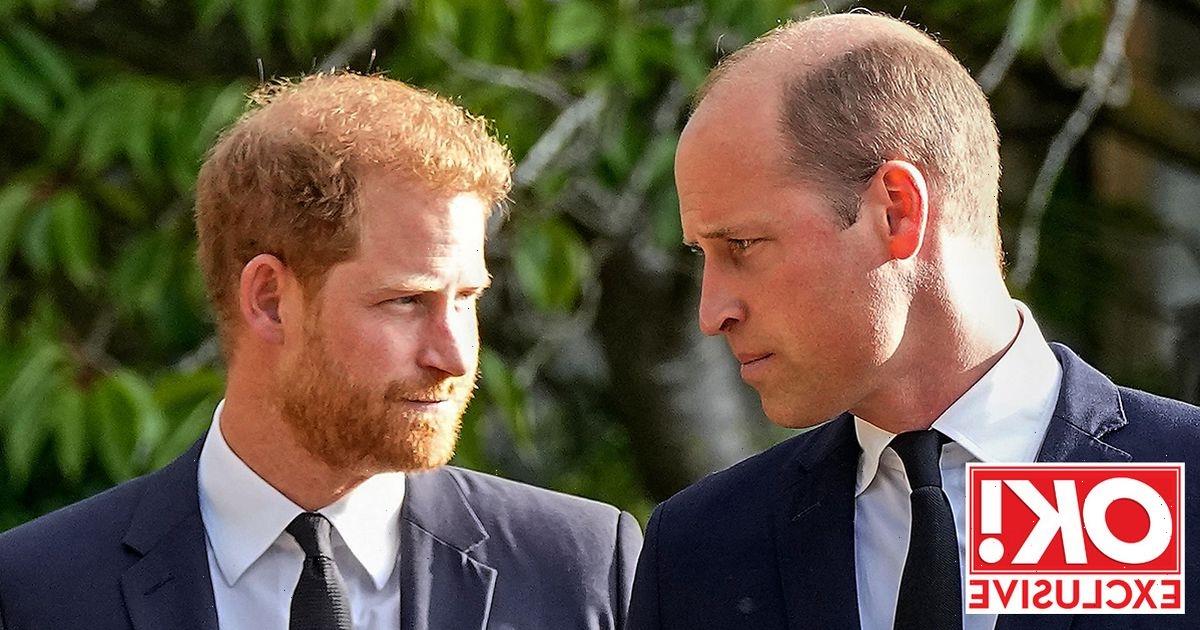 It is well known that Princess Diana's Panorama interview is a sensitive topic for the royals, especially since Prince William pleaded for broadcasting services and the media to not show it as he wanted it “consigned to history”.

So when clips from the 1995 interview was shown in Prince Harry's docuseries Harry & Meghan, viewers were shocked.

Harry talked about being manipulated by the press, and soon referenced his mum, who was "deceived" into doing the interview.

Now, speaking exclusively to OK!, royal expert Katie Nicholl has shared her belief that Prince William is livid at his brother for using footage from their mother's controversial Panorama interview in his docuseries.

Nicholl, who authored The New Royals, said: "He’ll be livid. William has campaigned for that footage to never be screened again, so for it be used in his brother’s own reality TV show will be very frustrating for William.

"It’s quite antagonistic and it’s not right. I think the way Harry has monopolised Diana’s narrative as his own must be very hurtful for William too.

Despite this, Prince Harry argued in his docuseries that he wanted his mother's voice and "truth" heard.

Relating his mother’s documentary to his own, the Duke of Sussex told the camera: “I think we all now know she was deceived into giving the interview. But, at the same time, she spoke the truth of her experience.”

The 2020 investigation found that the interview had breached the BBC’s editorial conduct policy, as the production team had forged documents to secure Princess Diana.

The production team was found to have tricked the late princess into thinking Prince Charles had gotten William and Harry's nanny Tiggy Legge-Bourke pregnant and that she had gotten an abortion.

At the end of the investigations, Prince William added that the programme, after not only be "deceiving", also had significantly contributed to his mother’s “…fear, paranoia and isolation” during her final years.

In the end, the BBC paid out £100,000 to both Prince William and Prince Harry which they went on to donate to charity.

In September 2022, it was also reported that the BBC had donated £1.4m, which it had earned by selling the rights to the interview to other TV channels and networks, to seven charities associated with Diana, including different hospitals and the National Aids trust.

Elsewhere in Harry and Meghan's Netflix docuseries, the Duke of Sussex described the Sandringham Summit – where he was roped into a meeting with his family about his and wife Meghan's future as royals.

"It was terrifying to have my brother scream and shout at me, and my father say things that just simply weren't true, and my grandmother, you know, quietly sit there, and sort of take it all in,” Harry said.

Speaking on these scenes, Nicholl told us: “I think it was pretty shocking to see Harry attack his brother in such a public way. I think the one of the most damaging claims in all this is William’s outburst and how Harry was allegedly terrorised by William shouting.

“I know from sources close to the Prince of Wales that he is absolutely apoplectic about what Harry has done and feels deeply betrayed, very hurt and very angry.”

She continued: “The greatest irony in all this is Harry is attacking the media and yet he is using the media to attack his brother specifically and his family.

“He’s called his brother a bully essentially, called his father a liar, and yet doesn’t seem to realise either the irony or the hypocrisy in all this.”

Adding that neither William or any other members of the Royal Family are likely to respond to the comments made in the documentary, Nicholl said she thinks this is the right route for the royals to take.

“Harry knows full well William isn’t going to retaliate. I think the palace’s stance of never complain, never explain in this instance is absolutely the right strategy because if they comment they will only fuel the narrative and allow the story more oxygen to run. I think by saying nothing it’s a dignified silence.”