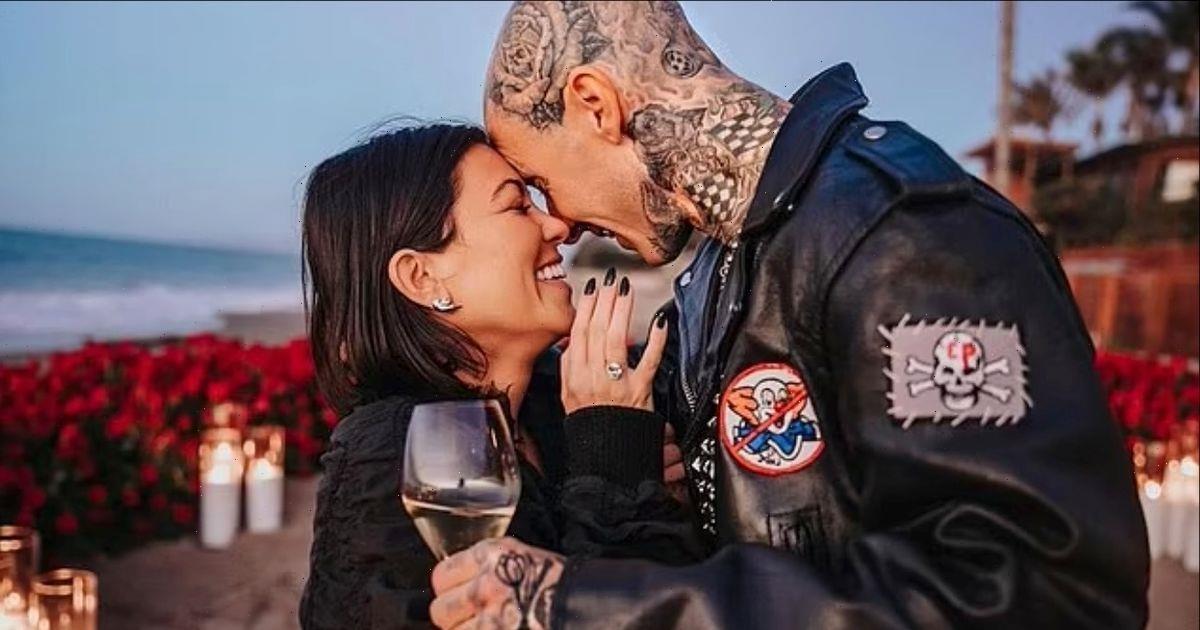 Kourtney Kardashian and Travis Barker tied the knot at a small ceremony over the weekend.

The loved-up couple had an intimate wedding in Santa Barbara on Sunday, before a lavish event set to take place in Italy in the coming weeks.

The 43 year old reality TV star said "I do" to the 46 year old rocker, in front of just two witnesses – Kourtney's maternal grandmother, and occasional Keeping Up With The Kardashians star, Mary Jo 'MJ' Campbell and Travis's father, Randy.

However, the star's famous sisters and kids were not in attendance. Travis's children also sat this one out.

Now the pair are legally married, plenty of fans are wondering if loved-up Kourtney could leave the Kardashian name behind and become a Barker.

But speaking to HollywoodLife last year, an insider source said that momager Kris Jenner will have advised the eldest Kardashian against taking Travis's surname.

They were quoted as saying: "Kourtney has no intention of ever fully changing her last name from Kardashian.

"Kris lets the girls make their own decisions at the end of the day, but Kris has a business brain and would absolutely advise her against using the name Barker.

"She’d be open to [Kourtney] possibly hyphenating as Kim did but Kourtney is also business savvy and would never lose the Kardashian title."

Kim famously changed her name to Kim Kardashian-West when she married Kanye in a lavish Italian ceremony back in 2014.

Kourtney and Travis, who got engaged in October 2021, previously got married after a drunken night out together in Las Vegas but the late-night, tequila-fuelled nuptials were not legally binding.

Sharing pictures to her Instagram the morning after, Kourtney said: "Found these in my camera roll.

"Once upon a time in a land far, far away (Las Vegas) at 2am, after an epic night and a little tequila, a queen and her handsome king ventured out to the only open chapel with an Elvis and got married (with no license).

For all your updates on Kourtney Kardashian and Travis Barker, sign up to our daily OK! newsletter.