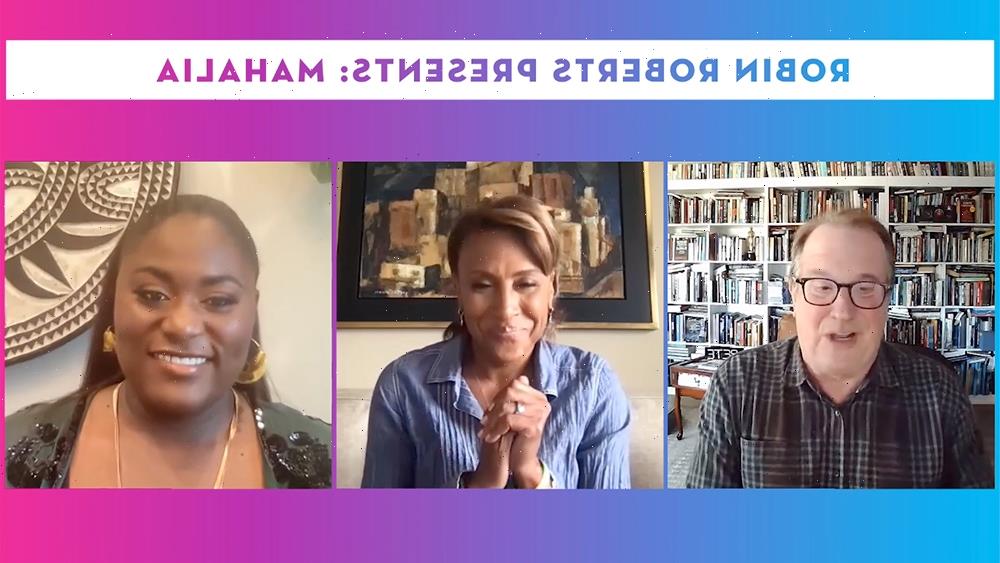 Producer Robin Roberts was joined by star and fellow producer Danielle Brooks at Deadline’s Contenders Television: The Nominees awards-season event for Lifetime’s panel on Robin Roberts Presents Mahalia, which has been Emmy-nominated for Outstanding Television Movie.

The biopic on the late great gospel superstar singer Mahalia Jackson is the second film in a deal Roberts has with Lifetime to bring stories of great meaning to her to the small screen. The first was the well-received Stolen By My Mother: The Kamiyah Mobley Story, and now Roberts continues to stay in the world of real-life people and inspirations in bringing Jackson’s story to Lifetime.

So why did the Good Morning America anchor and journalist decide to dip into the world of narrative moviemaking?

“It’s a way to exercise a different creative muscle. I love saying Good Morning America. No two days are the same, especially, you know, nowadays with all that’s going on in the world. So, very, very grateful for my day job but like many people, multi-faceted and wanted to be able to tell stories that mean something to me. Like, the Kamiyah Mobley story,” Roberts said. “Niecy Nash was the star of that, and it was based on a true story of a young girl who was snatched at birth and raised by a woman who she thought was her mother and didn’t find out until later.

“It was when we were doing that movie that Tanya Lopez, one of the executives with Lifetime, mentioned Mahalia Jackson. I’m like, ‘Can I just do this one?’ But I was like, oh my gosh, all she had to do was say Mahalia’s name. I was very familiar with her because growing up, in the South, my mother used to sing and I still have albums of Mahalia Jackson, and then, to try and find, OK, what is the story here? Some people knew about her music but not many people knew about how much she was a part of the civil rights movement. And so, I love when a film like this can be entertaining, and it certainly was with Danielle and a stellar cast, and Kenny Leon, our director. So, it’s entertaining but it’s also informative and I want people to be able to learn something. So, I’m very, very grateful to team up with Lifetime and to collaborate on these kind of projects.”

For Brooks, it was a very special experience, in front of and behind the camera.

“Mahalia is someone I wanted to play for a while,” she said. “So, when the idea was sparked, when I was in The Color Purple with Jennifer Hudson and Jennifer Holiday both, they were like, you should play Mahalia and I was like, what? Okay. And so, in that moment, in 2016, I started doing research on her. I just started reading as many books as I could and just trying to see what the story is because all I knew was what everyone else knew was that she was a gospel singer and she helped in civil rights.

“I knew the basics, but I was more intrigued on the humanity of who this woman was, and so, once I discovered more about her, about her marriages, and how she dealt with money, and all the businesses she ran and all of the things that made her who she was, then I was like yo, I got to play Mahalia Jackson. So, when Kenny called me, I was like OK. I just had to pray about it because I want to make sure that I’m making the right choice and the right decision with the right people and all of that, and after my little quick prayer, I was like, all right, I’m in. I’m in.”

For Roberts, it was kismet to find Brooks for the role, even though at first she wasn’t quite sure.

“Now, we look like a genius now, Pete. But we had been working on a project for many years and last year we lost one of our original writers, Bettina Gilois, and that was very heartbreaking, and when we brought on Kenny Leon to be our director, he immediately said Danielle Brooks, and I was like, ‘You’re talking about Tasty from Orange is the New Black?’ He said ‘Trust me.’ And he was emphatic that she was our Mahalia, and he was absolutely right.

“And so, you can have a vision, you can have a concept but until you have people who can bring it to life like Danielle did, and the entire cast, and Kenny Leon, how he directed them, and so, it was many years…we got ready for it…and everything fell into place, even during Covid. I don’t know if we could have done this film without Danielle Brooks. I believe that with all my heart.”