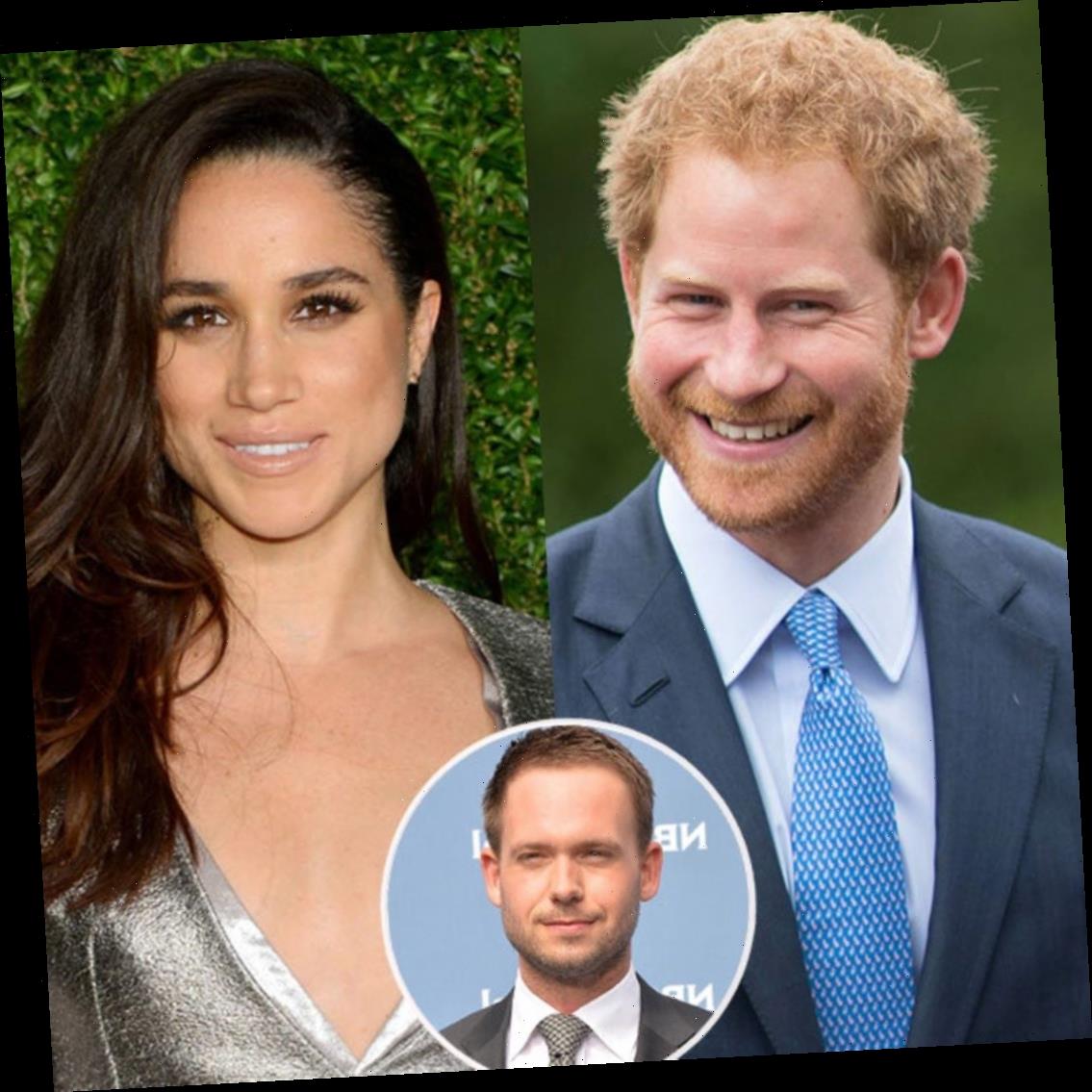 Actor Patrick J. Adams admitted he's too "intimidated" to call his former Suits co-star and TV-wife, Meghan Markle, now that she's the Duchess of Sussex and all.

Before there was Prince Harry, there was Mike Ross.

Even though actor Patrick J. Adams played Meghan Markle's on-screen husband, Mike, on Suits from 2011 to 2019, Patrick now says that he's too "intimidated" to give his co-star a call.

Patrick and wife Troian Bellisario attended the royal wedding in 2018, but it's been pretty quiet between the actors since then.

Per People, Patrick told the Radio Times that "pure fear" is stopping him from giving the Duchess of Sussex a ring.

"Quite frankly, I think I'm intimidated," he said. "I have no doubt I could pick up the phone and call her at any moment, but I don't know what I would say."

The last time the Suits stars spoke was around the time that Harry and Meghan welcomed Archie in May 2019, and Patrick and Troian added baby Aurora Adams to the fam in October 2018.

"After our children were born, there were some texts sent and gifts sent, but I guess I'm a little scared," Patrick said. "I think it's pure fear. I guess I'm scared about the idea of breaking through whatever walls exist to have that conversation."

The actors seemed close ahead of the royal wedding, with Patrick tweeting several touching messages about the big day.

"Going to bed now and thinking a lot about the strange surreal and wonderful day my friend Meghan is going to have tomorrow," the 39-year-old wrote. "Meghan – wherever you are – we are so grateful to be here to watch you both take this monumental step together. Love deeply and live well."

Eddie Van Halen Dead at 65 After Battle With Throat Cancer

The next morning, he added that he was tearing up, writing that he was "Already getting misty."

So what's changed since then? Well, Meghan and Harry stepped down as senior members of the royal family and moved to Canada before settling in Montecito, Calif., near Santa Barbara.

As fans know, they landed a major deal with Netflix to produce content, which includes scripted TV shows, documentaries, films and children's programming. However, after rumors surfaced that the royals were doing a reality show with the streamer, their rep denied it: "The Duke and Duchess are not taking part in any reality shows."

Meghan and Harry are still plenty busy, mostly with regard to the upcoming U.S. presidential election. Feminist leader Gloria Steinem revealed that Meghan has been cold-calling Americans to urge them to vote.

The Duke and Duchess of Sussex also spoke out against structural racism this month in the Evening Standard.

"As we look at society today, there has been unquestionable progress in the three decades since Black History Month was formally established in the UK, yet in many ways sufficient progress has not been achieved," they wrote. "For as long as structural racism exists, there will be generations of young people of color who do not start their lives with the same equality of opportunity as their white peers."

That's why Meghan said this will be "the most important election of our lifetime." Indeed, she is grateful to be able to finally use her "voice" again after returning to the U.S. and feels "liberated."

Patrick can't help but show his pride. "I'm very, very happy that she's becoming very vocal and doing whatever she can to help the election in November," The Right Stuff actor said. "I miss my friend, but I'm very happy she's doing well."

And certainly all of Meghan's newfound activism doesn't mean she doesn't have time for a catch-up call with her former TV-hubby, now does it?