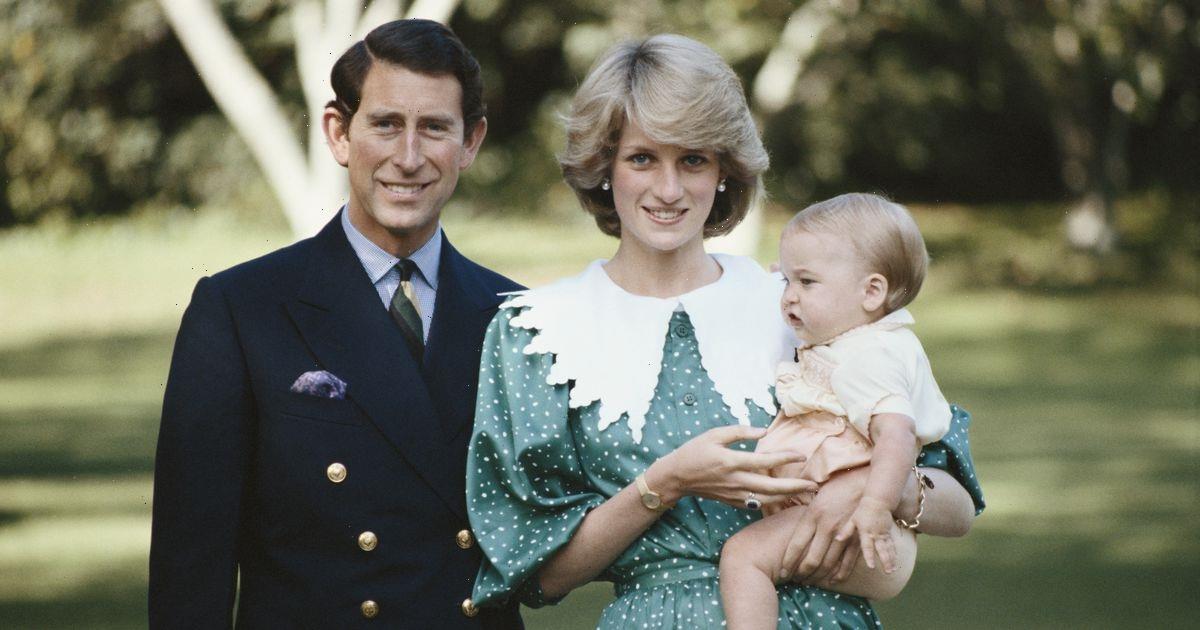 Prince William, the Duke of Cambridge, was always destined to be king, with even his birth setting him apart from other members of the royal family.

Upon arriving on 21 June 1982, the young prince was the first direct heir to the throne to have been born in a hospital – on this occasion within the Lindo Wing of St Mary’s in London.

Second in line to the throne, William Arthur Philip Louis was christened at 11am on 4 August in Buckingham Palace’s ornate Music Room. It was a formal – and not entirely joyous – occasion.

His mother Princess Diana, then just 21, later confided to friends, “No one consulted me as to whether 11am would fit in with William’s schedule. I was totally excluded, totally exhausted and the photos went on and on. I blubbed my eyes out.”

There were tears from William, too, and although his mother tried to soothe him by popping her finger in his mouth, he began crying each time she removed it.

Tired and hungry, baby William was perhaps uncomfortable in the frilly lace christening robe handed down from Queen Victoria.

The strain of the event added to the pressure Diana was feeling as she navigated royal life, especially as she suffered from postnatal depression after the birth.

In her 1995 Panorama interview with Martin Bashir, she said, “You’d wake up in the morning feeling you didn’t want to get out of bed, you felt misunderstood, and just very, very low in yourself.”

However, she clearly adored motherhood, refusing to be separated from William, whom she affectionately called Wombat. In fact, he was only nine months old when his parents took him on tour to Australia and New Zealand.

As he grew into a rosy-cheeked toddler there was huge interest in his progress – with the public relishing such entertaining details as his enthusiasm for flushing Prince Charles’s shoes down the toilet.

Although Diana was very hands-on with William, nanny Barbara Barnes worked with the family for four years, becoming something of a second mother to him and Prince Harry, who arrived in September 1984.

She was later replaced by Olga Powell, who for 15 years went everywhere with Diana and the young princes. She was at William’s wedding, and he attended her funeral in 2012.

When Diana and Charles separated, another nanny, Tiggy Legge-Bourke, was appointed to help look after the boys when they stayed with their father.

Despite rumours of tension between Tiggy and Diana, the young princes remained close to her, and she was said to be a huge comfort to them after their mother’s death.

Tiggy, now 57, was a guest at the wedding of Harry and Meghan Markle in 2018, and is a godmother to their first child, Archie.

William made history at the age of three when he became the first royal to attend pre-school outside a palace. In September 1985, his education began at Jane Mynors’ Kindergarten.

Two years later he enrolled at Wetherby School, West London, waving cheerfully to photographers as they snapped him in his grey uniform on his first day.

At the age of eight, he became a boarder at Ludgrove School in Berkshire.

The same year, he took part in his first official engagement, accompanying his parents to Wales on St David’s Day. Dressed in a blazer and tie, he shook hands with spectators and charmed the crowd.

William’s good manners seem to have been nurtured by his mother.

In an interview with royal biographer Andrew Morton, she revealed her son shared her habit of writing thank you cards. “If I don’t [do it], I get into a panic,” she said. “And William now does it – it’s great.”

Charles and Diana separated in December 1992, with an announcement made by then Prime Minister John Major.

“This decision has been reached amicably and they will both continue to participate fully in the upbringing of their children,” the PM said, reading from a Buckingham Palace statement.

Diana later told Panorama that she had felt “deep, deep, profound sadness”, before adding: “We had struggled to keep it going, but obviously we’d both run out steam.”

It was four years later in August 1996 that their divorce was finalised, which was no doubt extremely tough on William.

Claudia Joseph, author of William and Kate’s Britain tells OK!: “I’m sure Charles and Diana both tried shield William from their divorce – and certainly the Eton headmaster kept newspapers from him.

But he was a teenager, and he must have really struggled to cope with the fall-out.”

Determined to protect her sons, Diana showered them both with love and attention, regularly taking them swimming, rafting and go-karting.

There were plenty of holidays too, including beach breaks in the Caribbean, and she would often invite the boys’ friends to keep things as normal as possible.

But while Diana worked tirelessly to ensure both princes’ childhoods were loving and balanced, nobody could have predicted the tragedy which was to hit the family when a young Prince William was just 15.

Article taken from OK!'s royal special William At 40. Pick up at your local newsagent for just £5.99 or you can purchase the special edition magazine online now here! For all the latest royal news, sign up to our daily OK! newsletter.