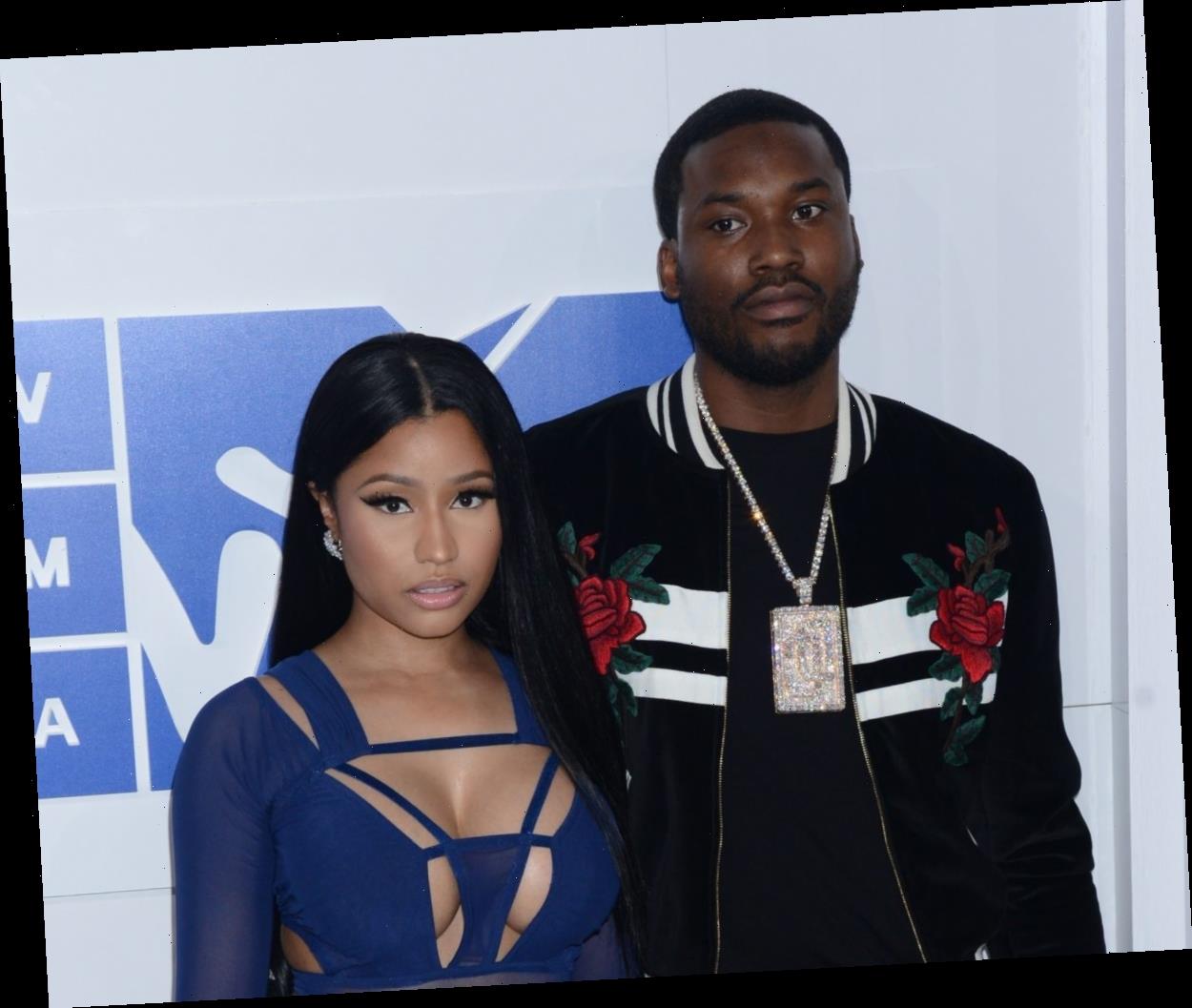 When it announced that Nicki Minaj and Meek Mill had split, many questioned why a couple who seemed like they could survive anything life threw their way called it quits.

Minaj and Mill began dating in early 2015 following her split from Love & Hip-Hop’s Safaree Samuels, whom she dated for over a decade.

As fans can recall, the couple went through a lot during their relationship, from unexpected house arrests to drama with their exes. However, they continued to put up a united front even when faced with ongoing breakup rumors.

In December 2015, fans were convinced that Minaj and Mill were engaged after the “Starships” rapper posted a photo of herself wearing a massive diamond ring on ~that~ finger.

Minaj later revealed that she and the Philadelphia native weren’t betrothed, even though he gave her two diamond rings.

“I’m not engaged yet… We’re just taking it one step at a time. And, you know, if that happens, if I get married, then I’ll have a child, and that’ll be fun, because I can’t wait to hold my baby,” she said in a March 2016 cover story interview with Nylon. “I’m always trying to stop him, like, ‘Nope! I ain’t got that third ring yet!’”

Though they weren’t rushing to take that next step in their relationship, the pair were still head over heels for each other. Meek even gushed about Minaj and their romance during an interview with Noisey Raps (via Complex) in October 2016.

After dating for about two years, Minaj announced in January 2017 that she and Mill had decided to call it quits.

The rapper revealed the news with a simple tweet, writing, “To confirm, yes I am single. Focusing on my work & looking forward to sharing it with you guys really soon. Have a blessed New Year. Love u.”

The same day Minaj announced her split from Meek, E! News gave some insight into what led to their separation.

“They were fighting on and off for a little while about a few topics that upset Nicki. They had a bigger fight and then called it quits,” an insider told the outlet at the time.

Though Minaj was reportedly the one who ended things, insiders claimed that two artists remained on good terms. But over time, their amicable friendship began to tarnish after the two began shading one another on social media.

Since then, the exes have continued taking jabs at each other online. Their latest social media beef happened just a few months back in February when they exchanged blows on Twitter, with Minaj accusing Meek of beating women and Meek accusing Minaj of defending her brother amid child rape accusations.

Both Minaj and Mill have since moved on with other people

Shortly after going their separate ways in 2017, both Minaj and Mill found themselves moving on with other people.

Though the pair were spotted together several times and would posted photos from the same places, Harris later claimed that she and Meek were just friends who supported one another.

“Meek supports Milano and I support Meek. That’s my friend. To be honest, Meek was the first celebrity to ever wear my stuff. In 2012 he wore one of my hoodies,” she explained during an interview with BOOM 103.9 in August 2019. “And it was an $80 hoodie at the time. And that’s literally when I started… people think I shouldn’t have an $80 hoodie either. But he wore one of my hoodies.”

Four months later, Harris announced that she was pregnant, but kept the identity of her child’s father under wraps.

Yesterday was so amazing. Being able to share my vision and my Journey over the past 7yrs and having my team execute it so perfectly brought me so much joy. Those of you that know me know how I feel about @milanodirouge and knows how I always tie what I’m going through at the time with my fashion show (2016 show I shared the journey of opening the store, 2017 I announced my move to la, 2018 I took all the hate & backlash I received and turned it into a positive message about self hate in the black community) and this year was no different. For the first 3.5 months I’ve been super sick and unable to work and move like I use to do. The moment I started feeling even a little better & had more energy I wanted to do my annual fashion show because I pushed it back 2x already this year. Im a creative, so I didn’t want to announce my pregnancy to the world or even to my family with just a photo of my baby bump. I wanted to create a moment that I could cherish and remember forever. We planned this show in 6 weeks and I have to say this was the hardest show we’ve planned to date but all in all I’m so happy with the turn out. Being surrounded by my family, friends, team members, customers and supporters meant so much to me and seeing y’all enjoy the show that we worked so hard on and your reaction to the poets, Ballerina’s, the video of my journey and the reveal of my pregnancy was priceless. Thank you all ❤️ As for the blogs, again those of you that know me know how private I am and know that I dont like being featured on gossip blogs, I’m not a celebrity. I’m just a hard working business woman that use my brand and platform to inspire others to make their dreams a reality, and to never give up on their dreams & that’s how I would like it to stay. I dont want to be apart of that negative blog world. I am a human being, I do not want to wake up to public statements about my private life. I want to continue to decide what i want to share on social and what I dont want to be shared and i have every right to…so Please respect that. Brand @milanodirouge Her @womanaireclub Hair extensions @grandluxextensions Hair @nyelamonetrance Makeup @tyshala Stylist @amiraavee

Then in January 2020, Meek confirmed that he and Harris were an item on Twitter. A few months later, he announced that he’s the father of the fashion designer’s child.

However, the couple recently called it quits with Meek sharing the news of their breakup on social media.

“Me and Milano decided to remain friends and build our child as separate parents … we still have mad love for each other but we both came to a understanding,” read the post, which has since been deleted. “no fall out either just moving forward! Still love! This for protection so social media won’t think we moving wrong.”

As for Minaj, she went public with her relationship with childhood sweetheart Kenneth “Zoo” Petty — a registered sex offender — in December 2018.

Since then, the couple, who tied the knot in October 2019, has been unfazed by the backlash surrounding their whirlwind romance and continue to flaunt their love with PDA-filled photos and videos posted to Minaj’s Instagram.

On July 27, the rapper announced on Instagram that she and Petty are expecting their first child together by debuting her baby bump in a series of snapshots.