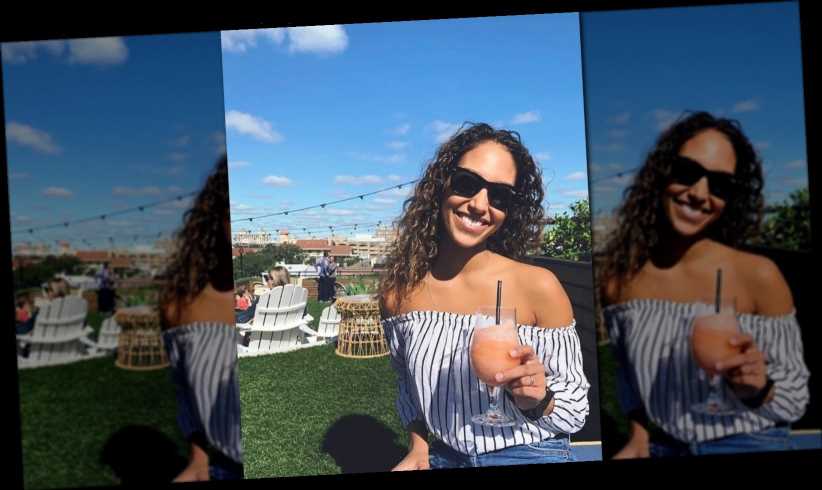 After an especially dramatic season 16 of The Bachelorette, complete with a new location and an unexpected contestant exit mid-season, Bachelor Nation made history again (via Us Weekly). The reason? Season 25 of The Bachelor will star the very first Black bachelor ever: real estate broker and community organizer Matt James (via ABC). The former football player is already a hit with the ladies on The Bachelor, including contestant Serena Pitt.

According to her bio on ABC, Pitt is a 22-year-old publicist from Ontario, Canada, who describes herself as “chronically hangry” — so you know our girl loves her food. In fact, Pitt says that the love of her life would always be generous with his French fries. “If they don’t let me taste their food, I don’t know if the relationship could survive,” she quipped. She also revealed that one day she’d like to have a chicken, as it would be both a pet and a good supplier of delicious, delicious eggs.

But there’s more to know about Pitt than her love of all things culinary. Here’s everything we know about The Bachelor‘s Serena Pitt.

From the looks of it, Pitt is one smart cookie. In fact, according to a  post on her Instagram page, she graduated from Wilfrid Laurier University in June of 2019; she celebrated the occasion by hoisting her framed diploma high into the air. “This picture frame cost more than my dress and that’s how you know I’m an adult now,” she shared in the caption.

Insofar as what Pitt studied when she was in college, that would be communications and business management, according to her LinkedIn profile. She also specialized in digital and cultural theory, and minored in psychology. She even served as a campus ambassador during her tenure at Wilfrid Laurier, showing just how enthusiastic Pitt was about the institution. She was even on the Wilfrid Laurier competitive dance team, according to the school’s website.

After Pitt graduated from university, that wasn’t the end of her educational journey. In fact, she received a post-graduate certificate from George Brown College in 2020, specializing in events and sports marketing. As for work, Pitt has interned at a few places, including a magazine and a communications business. Plus, Women’s Health reports that she works at MacIntyre Communications and SuperFin Aquatics. It’s no wonder, then, that Pitt is looking for “a man with ambition who will be her teammate in life,” as she’s clearly on the rise herself!

Serena Pitt has been all over the world

In addition to being college educated and highly ambitious, Pitt is very much a world traveler who’s been to all kinds of exciting locales, something that’s readily apparent on her Instagram page. For starters, she posted a snap of an incredible sunset in Cabo in 2015, making all of us want to hit the beach ASAP (via Instagram). The next year, Pitt took Chicago, which she says blew her away in another post.

Come 2018, Pitt was back in a warm locale, sharing a photo of herself on a tropical beach in Montego Bay, Jamaica. Just a month later, Pitt was soaking up the rays in Miami on Instagram, where “no reading was done in the making of this reading week,” as she wrote in the caption.

Pitt rang in the new year in 2018 in British Columbia, followed shortly thereafter by a trip to the Bahamas — Pitt clearly enjoys beach getaways in the winter months, like any cold Canadian.