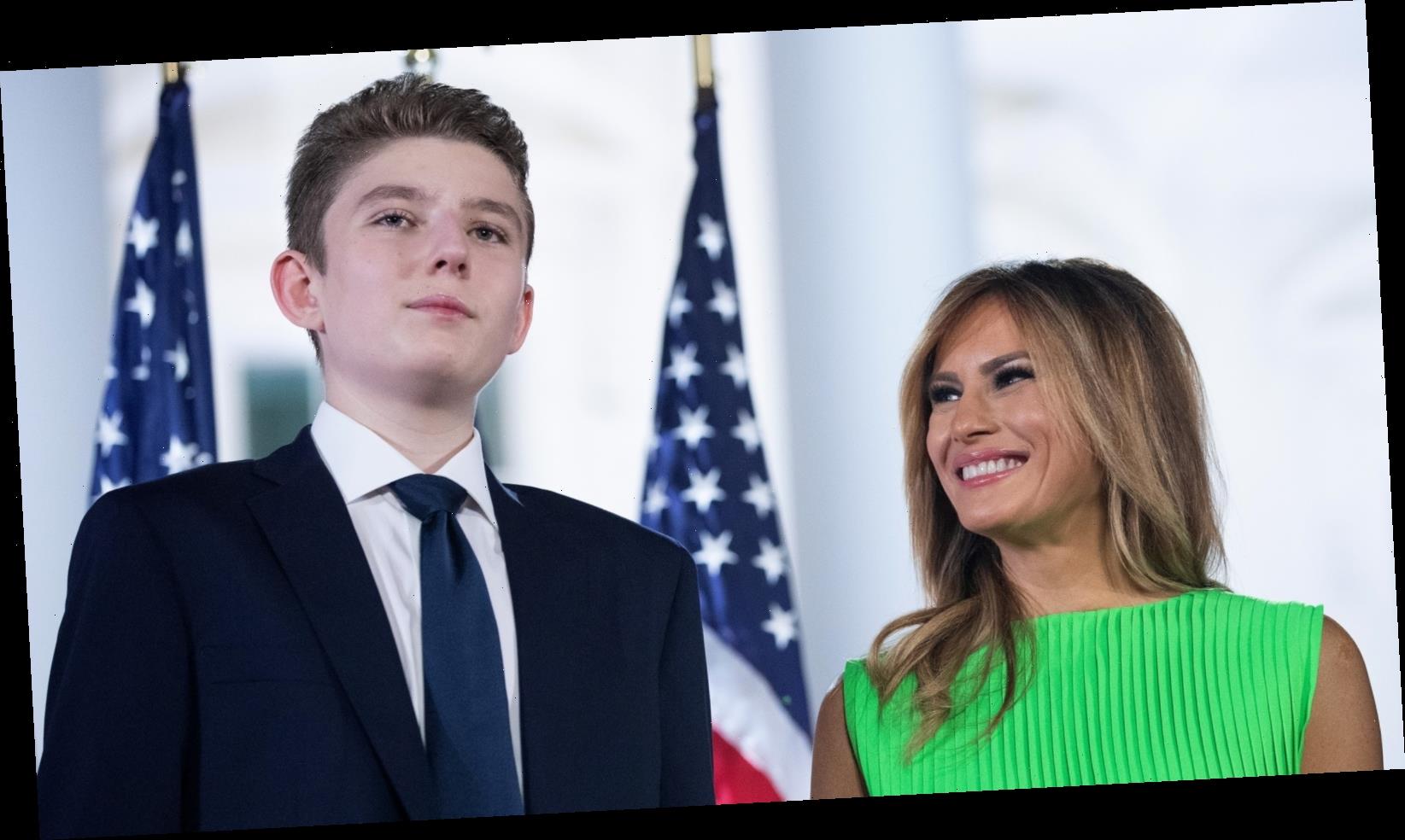 Barron William Trump is the fifth and youngest child of Donald Trump, and the only offspring shared between Donald and Melania Trump. While there has often been speculation about Trump’s relationships with his kids, and questionable remarks in regard to his relationship with daughter Ivanka, there is little known about Barron’s relationship with his father.

On the other hand, there is convincing evidence that Barron and his mother have a sweet relationship. Being well aware of the intensity of being in the public eye, Melania tried her best to keep Barron out of the spotlight growing up. However, he has been seen more often during his father’s presidency. Barron is also the only Trump child to live in the White House with his parents, which is not much of a surprise because he is a minor. Living as an only child (he is also the only biological child of Melania) has most likely given him a chance to grow closer to his mom. Here’s what’s really going on with Melania and Barron Trump.

Donald Trump made it perfectly clear that he had other things to focus on than raising his children, like building a multi-billion dollar empire. “I’m not going to be doing the diapers, I’m not going to be making the food, I may never even see the kids,” Trump said in a 2005 CNN interview while discussing his new marriage to Melania Trump. He said his lack of involvement would mostly be because Melania would be an “unbelievable mother.”

However, Donald had also previously taken a hands-off approach with his other kids, as noted by Tiffany Trump’s mother and Donald’s ex wife, Marla Maples. “Her daddy is a good provider with education and such, but as far as time, it was just me,” Maples told People about Tiffany’s childhood. “Her father wasn’t able to be there with day-to-day skills as a parent. He loves his kids. There’s no doubt. But everything was a bit of a negotiation.”

During the 2005 interview, Melania smiled as Trump said he would be leaving the bulk of the work for her. She explained why in a 2012 interview. “It’s very important to know the person you’re with. And we know our roles,” she explained.

Melania is clearly a dedicated mom — so dedicated, in fact, that she wants to be the only one raising her son.

Barron Trump has never had a traditional nanny

Another thing Melania Trump and Donald Trump can agree on about raising their only son is the level of involvement they want from people outside of their family unit, even if that means Melania shoulders more duties than her husband. The couple opened up to People in 2015 about their decision to not hire a nanny for Barron Trump. “We keep it down to a minimum,” Trump said. “If you have too much help, you don’t get to know your children.”

Before entering the White House, the Trumps did employ staff to cook and clean, but they never hired a stereotypical nanny whose sole job was to watch Barron. “I like to be hands-on. I think it’s very important,” Melania added. Melania tried to support her son as much as possible, even if that meant sitting with him at the dinner table assisting with homework or helping him study for a test. She also noted that she makes it a priority to be around as much as possible since her husband was often traveling.

It is quite possible that Melania’s hands-on approach helped to forge a strong bond between her and Barron.

Melania Trump and Barron Trump have a very trusting relationship

Even as a young teenager, Barron Trump is much taller than both his parents, but that doesn’t stop Melania Trump from keeping a protective eye on her son. According to body language expert Bruce Durham, Barron and his mother have “a true mother and son bond” (per Express).

“Melania is the guiding influence. Her left hand on her son’s back says ‘it’s ok, come on you, can do this,'” Durham said while observing a photograph of the pair. “And her right hand palm down in front of Barron says ‘calm down, I have got you.” According to Durham, Melania’s public display of guidance is an extension of how she supports Barron through life’s challenges at home behind closed doors.

While Melania will likely always keep a close eye on her son, Durham says Barron’s body language suggests that he is learning to be more independent of his mother — and Melania is agreeable to that.

It might be possible that Barron Trump will never be completely unsupervised in his life now that he’s the son of a president, but his mother has let him off the leash a bit, exemplifying their trusting relationship. According to the Daily Mail, Melania Trump decided to join her husband on a trip to Iraq to visit U.S. troops for three days in 2018. That meant that, yes, Barron was completely parentless at Mar-a-Lago, which sounds like a teenage dream. However, it’s likely the Secret Service was there keeping a sharp eye on him. Even still, it was probably a huge step in Barron gaining his independence.

Body language expert Bruce Durham told Express that in a photograph he analyzed, it was clear that Melania is all for loosening the leash around her son. In the picture, Melania is not grabbing her son’s hand, but instead, approving of the confidence he displays. “No hand contact needed this time – just direct eye contact and the smile of a mother that is proud of her son,” Durham said.

Even if Melania Trump is slowly giving Barron Trump his independence, she still makes sure she guides him down the right path. Her initiative as first lady is Be Best, which focuses on teaching kids social, mental, and physical health with an emphasis on well-being, online safety, and opioid abuse. While speaking about how she hopes her project can positively affect kids during a town hall at Liberty University in Virginia, Melania happily used her son as an example of the morals she wants to instill in kids.

“I teach him what is right, what is wrong,” she said, according to CBS News. Noting that her initiative focuses on social media, she said Barron does not yet use social media. “He’s not interested in it. He’s all into sport,” she added.

Even with the unpredictability that comes with being members of a presidential family, it’s clear Melania and Barron will always have a caring relationship. “You know, those hours with your child are really important ones,” she told Harper’s Bazaar. “Even if it’s just the two of you, being quiet in the car together.”