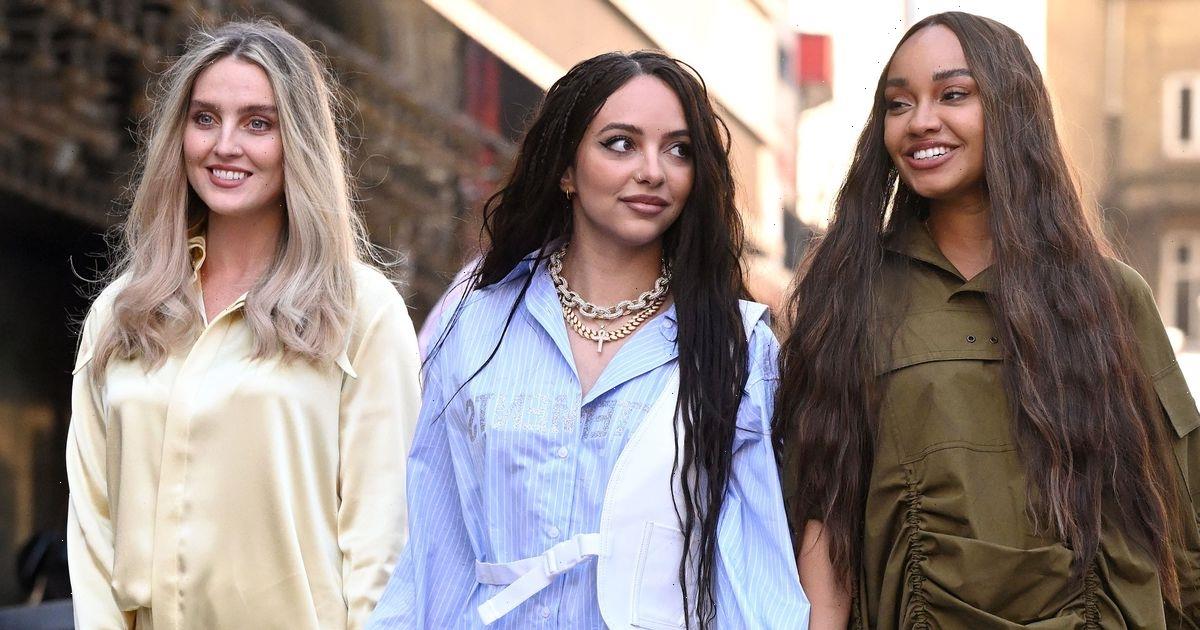 Perrie Edwards has announced she is expecting her first child just days after her Little Mix bandmate Leigh-Anne Pinnock revealed she was also pregnant with her first child.

Whilst many Little Mix fans are celebrating the news that there will be two "Baby Mixers" with us in the coming months, others are questioning what the future of the band will look like.

As Jesy Nelson, 29, sensationally quit the band in December 2020, this leaves 28 year old Jade Thirlwall — who celebrated her first anniversary with boyfriend Jordan Stephens at the weekend — as the only member of the band not pregnant.

However, Leigh-Anne, 29, has given fans a sigh of relief as she confirmed their 2022 Confetti tour will still be going ahead.

She commented underneath the band's pregnant manager Sam Coxy's stunning shot of her, Leigh-Anne and Perrie cradling their bumps: "I meannnnnn tour is going to be the BEST!!!!!!!!" The trio — who released a remix of their new single Confetti featuring US rapper Saweetie last month — have also reassured fans they will continue releasing music this year.

Speaking on BBC Breakfast last week, Perrie said: "We've got so many exciting things coming, like music videos we've already shot and things like that so, we're just trying to keep the fans fed."

Jade added of adapting to being a three without Jesy: "It's definitely been a weird shift but we're getting on with it and we, as a three, weren't ready to call it a day yet. We love doing this and being in Little Mix so this year is kind of all about keeping going and enjoying the ride.

"We've got loads of new music coming out this year, so we're making the most of it and enjoying 2021 as a three." Despite not having plans to release a new album thus far, 2020's Confetti — their last collection to feature Jesy — will be re-issued on limited edition vinyl for Record Store Day in June.

Despite the incredible news that two members of the band are pregnant at the same time, this is not the first time it has happened to a girl group.

In 1998, both Mel B (then G), and Victoria Beckham announced they had fallen pregnant during their Spiceworld Tour with the Spice Girls.

At the time of giving birth, Mel had already branched out with solo music, hitting number one with I Want You Back in September 1998. She went on release her follow-up single Word Up! — which Little Mix released a cover of in 2014 — before returning to the Spice Girls.

Although there was belief at the time that the departure of Geri Horner and the pregnancies of Mel and Victoria would put an end to the band, the Spice Girls came back more defiant than ever, embarking on their Christmas in Spiceworld Tour in December 1999.

They went on to release the album Forever, with it reaching number two in the UK charts, proving their fanbase had not wavered.