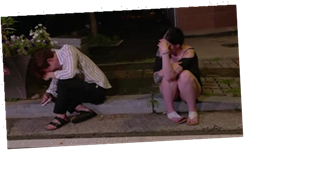 She says that they don’t know what really caused the fight between her and Jihoon. So what happened?

Fans all watched with mixed emotions as Drascilla, being 3, wandered off in the dark and was scooped up by Elicia.

They then watched Deavan cry and Elicia yell at Jihoon, who even admitted that he was at fault for not watching Drascilla.

A lot of fans thought that they were overreacting … but Deavan says that they just don’t know the whole story.

She had to take to social media to set the record straight.

“I was putting Taeyang in the car and [Jihoon] was texting on his phone,” Deavan revealed.

She explained to her followers: “The time you saw [Drascilla] run wasn’t the second time she ran.”

Deavan added that it was this second time “which is what caused the fight.”

“She ran off and a car almost hit her,” Deavan lamented.

“And instead of grabbing her,” she described, “[Jihoon] turned around and started screaming at me.”

Deavan added that his screaming took place”in front of my mother,” and that it went on “for a while.”

“None of that part was caught on film,” Deavan acknowledged.

“And I feel like this made tonight’s episode confusing,” she shared.

Deavan stated that it was, at best, confusing “because you guys didn’t see the footage that wasn’t caught on camera.”

There, she described those same events, adding that the producers who were there at the time had promised that there would be a “card” explaining things.

Though 90 Day Fiance has used such cards before, clearly, editors decided against it — probably because it’s more dramatic if viewers think that Deavan and Elicia were overreacting.

This week’s episode showed Deavan and Jihoon coming together to celebrate their son.

It was Taeyang’s 100th day of life, his Baek-il, a special Korean milestone — and a good reminder that this was filmed just a short time after Season 1 concluded.

Viewers saw a peaceful, sweet gathering and Jihoon’s family shower them with approval. Sadly, it was not to last.

“So I can’t tell everything because the show [is] not finished,” Jihoon said recently on Instagram.

He added: “They will be happy and I need to be happy.”

“We are living our own life, that’s our future,” he said. “So just keep watching.”

Jihoon asked fans to: “Just keep [supporting] [me] getting [a] better life and please pray for Deavan and Taeyang, [for] their family life.”

“[Deavan] said every summertime, she [will] go back to Korea with Taeyang,” Jihoon shared.

This sounds like confirmation that they have broken up but have worked out a Persephone-like deal for Taeyang to still see the family.

Interestingly, Elicia shot down breakup rumors in late July, saying that there were legitimate reasons for Deavan and Jihoon to be spending this time in different countries.

We cannot say for certain what is going on, but it sounds like there was a breakup — and likely a recent one.

As always, we hope that whatever the “endgame” for this family ends up being, it is what is best for the children. Drascilla and Taeyang deserve the world.

90 Day Fiance The Other Way: Can Deavan and Jihoon Make It?Start Gallery