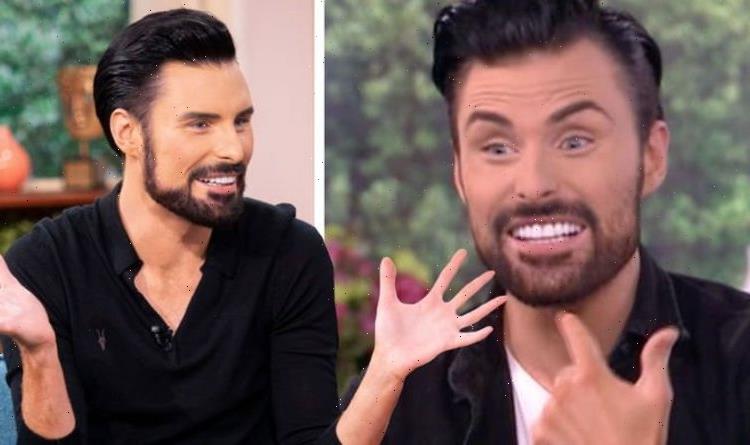 Rylan Clark-Neal, 32, made his big return to Twitter on Thursday, for the first time in five months. The presenter had taken a social media break after he split from his husband Dan Neal, back in June.

So… What did I miss?

Fans were over the moon that he was finally back online, even more so that he made his big debut with a cheeky tweet.

Flocking to the comments section, his followers welcomed him back while filling him in some of the big news that had taken place over the few months he was away.

“So nice to see you back @Rylan You are such a needed face on our screens,” one said.

“All behind you when you appear with that glitter ball very soon! Take care.”

“Ahhh he’s back! Finally, welcome back Rylan!” a third exclaimed.

Rylan recently returned to his Radio 2 show earlier this month after taking some time away to deal with his personal life, explaining he was prioritising his mental heath at the time.

Upon his return, he admitted it felt like it had been a really long time away from his routine.

The star made the admission while chatting on air about a sweet gift his mum and Celebrity Gogglebox co-star Linda Clark had given to his BBC co-host, Sally Boazman.

While reuniting with Sally on the airwaves, Rylan said: “Hello gorgeous!”

Welcoming Rylan back, Sally replied: “Well hello! I knew you were back because the lift smelt lovely and I thought, ‘He’s back’!”

The host admitted: “There’s no hiding, is there, when you’re in the building?”

Checking up on Rylan, Sally quizzed: “Are you alright?”

“I am good, it is lovely to be back and it is so lovely to speak to you!” he gushed.

Sally replied: “How nice, I can’t even remember when I last spoke to you.”

Addressing his lengthy absence from his show, Rylan said: “It was like three months ago now, at least, a long, long time.

“But it’s lovely to be back and I’ve not come empty handed, because I’ve got a big white gift bag here for you.”

Seeming excited about the present, Sally exclaimed: “The whole bag? No way!”

Rylan responded: “Yeah, and its contents, it’s not from me though, it’s from Linda!

“You’re going to die when you see what’s in this, I’m going to get this brought down to you.”

Teasing the present, Rylan said: “You wait until you get this, I think it’s actually one of the most thoughtful things she’s ever done.