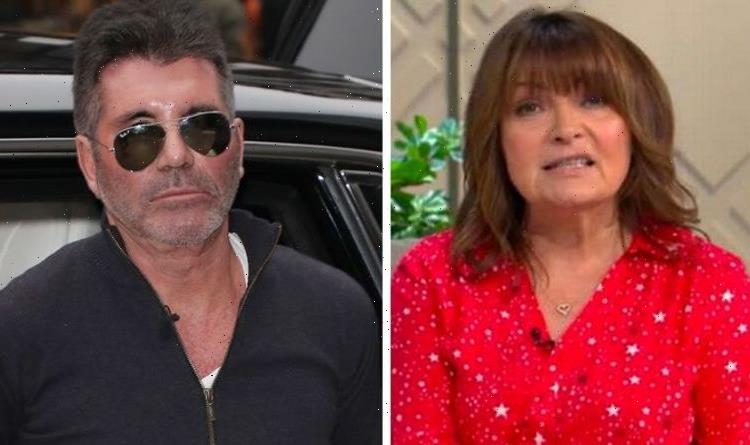 Lorraine urges Simon Cowell to wear a helmet whilst cycling

The incident took place near Simon Cowell’s home in west London on Thursday when Simon reportedly slammed into the road at 20mph and didn’t wear a helmet. He was rushed to the hospital with a suspected concussion, a broken arm and facial cuts, as sources via The Sun asserted that the 62-year-old “is lucky to be alive”.

You’ve got to wear a helmet, Simon!

“He slipped and went flying over the handlebars into the middle of the road,” an insider told the publication.

Lorraine has since taken to her ITV show to scold the Britain’s Got Talent judge for failing to protect himself without any safety equipment while riding the Das Spitzing Evolution S-Pedelec electric bike.

During a chat with showbiz correspondent Ross King, the latter updated Lorraine on Simon’s current health status, saying he was doing much better.

“Thankfully he’s doing okay, it was only 18 months ago I was coming to you from a hospital outside Santa Monica,” he shared.

Ross shed light on Simon’s last bike incident in August 2020, when he was almost left paralysed after losing control of the bike during a ride in sunny California.

Lorraine then urged her ITV colleague to start wearing a helmet if he’s going to be riding around London on his electric cycle.

“You’ve got to wear a helmet, Simon!” she said.

“Everyone’s got to wear a helmet, for goodness sake!

“But he’s okay and he’s getting better, which is all good.”

Simon underwent a six-and-a-half-hour surgery to reconstruct his broken spine in August 2020, with sources saying he was just “millimetres away” from never being able to walk again, the Mail Online claimed.

This particular incident left the father-of-one bed-bound for weeks, having also had to wear a back brace and take multiple high-strength painkillers during his recovery.

The bike crash over the summer of 2020 was so intense that Simon was forced to pull out of any work commitments until further notice, including his judging gig on America’s Got Talent.

“He is building up his strength but the recovery is taking longer than we hoped,” an insider told Mail Online at the time.

“It was a very serious injury and they didn’t fully appreciate that at first.

“There was initial euphoria that he was all right… Then came the pain.”

The source continued: “He had about six weeks of agony. By early September 2020, it was obvious that he wasn’t going to be ready to physically travel at all for work.

“He was on high-strength painkillers but he isn’t anymore. He also doesn’t have a live-in nurse anymore.”

It remains unclear whether Simon will continue filming auditions for the upcoming series of Britain’s Got Talent.

The show has been taping since the start of last month.