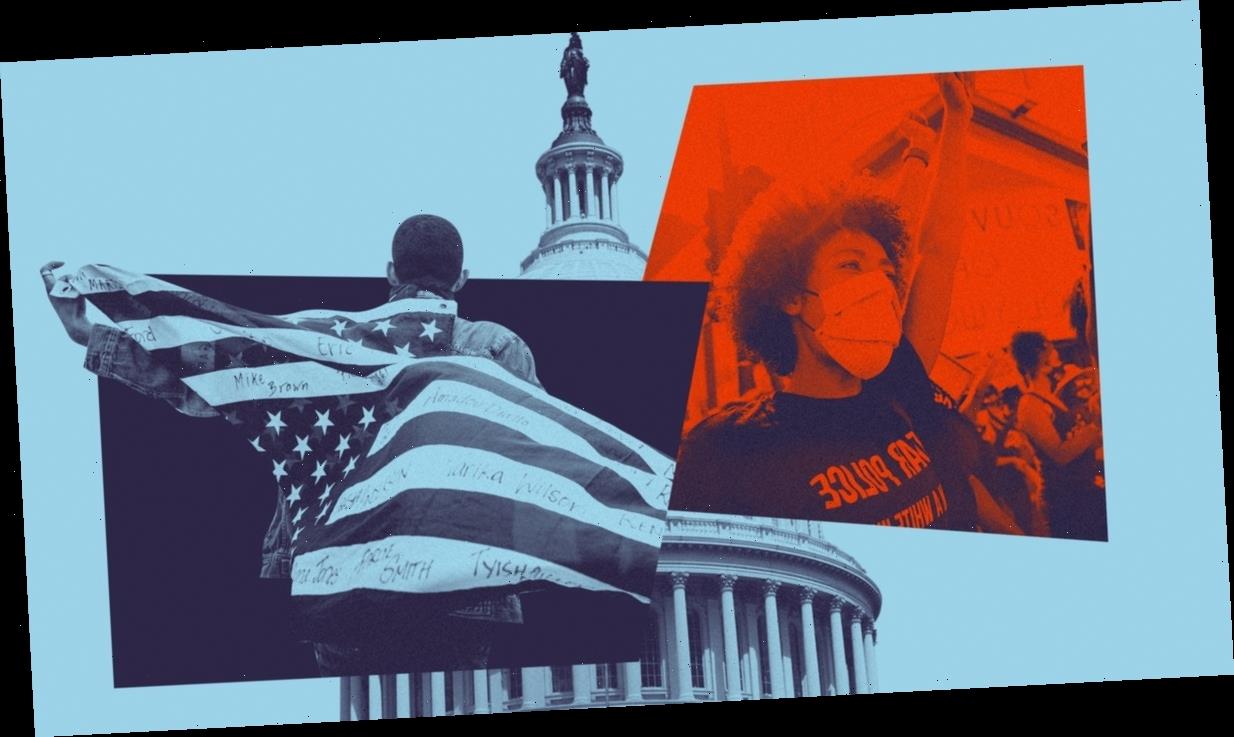 On Wednesday, Jan. 6, photos and videos flooded in of supporters of President Donald Trump storming the U.S. Capitol building, wreaking havoc and shocking Americans. The rioters apparently hoped to halt the certification of the 2020 electoral votes and fight the transition of power from Trump to President-elect Joe Biden. But given how often Washington D.C., the seat of the nation’s government, sees political protests, many people who had been previously arrested for protesting peacefully at the U.S. Capitol were left asking: What on earth happened to the police?

The mob action was an unprecedented event, with rioters breaking windows, invading the Senate floor, and sitting at House Speaker Nancy Pelosi’s desk. Police were unable to hold back the hordes of angry Trump supporters. It took several hours for police to disperse the rioters, and initially, there were relatively few arrests compared to the size of the crowd. Per CNN, there were at least 52 people arrested as of 9:30 p.m. ET on Jan. 6, and The Los Angeles Times reported 82 arrests as of the night of Thursday, Jan. 7.

Peaceful protests in Washington, D.C., occur frequently — along with arrests of the protesters. During the summer of 2020, more than 194 people were arrested at a June 1 protest at the White House shortly after the killing of George Floyd on May 25, 2020, per Business Insider. And Senator-elect Rev. Raphael Warnock (D-Georgia) was arrested during a peaceful protest on July 18, 2017, while praying against the repeal of the Affordable Care Act along with Democratic Congressman Hank Johnson.

For those who have previously been arrested for exercising their right to protest peacefully, the lack of consequences for those who stormed the U.S. Capitol on Jan. 6 was astonishing. “Seeing that was incredibly frustrating, as someone who’s interacted with the same police,” says Elise Villescaz, who was arrested at the Capitol in 2018.

Here, three women tell Elite Daily about their experiences being arrested for peacefully protesting at the Capitol, and share their feelings about the Jan. 6 attack. Elite Daily has reached out to Capitol Police for comment regarding the below arrest stories, as well as the events of Jan. 6, but did not immediately hear back.

The following interviews have been edited for length and clarity.

Latchmi Gopal, 27, is a candidate for city council in the Bronx District 15 from the Bronx in New York. In May 2019, Latchmi went from New York to Washington, D.C., to participate in a demonstration with pro-impeachment group By The People, calling to impeach President Donald Trump in the wake of questions about Russia’s involvement with Trump’s 2016 election campaign.

I was arrested for the misdemeanors of blocking a public passageway or disorderly conduct if you ignore law enforcement’s order to disperse. There were probably about 15 of us. It was 100% a peaceful protest. We entered the Capitol through regular security lines and took up space in the lobby area. There were banners, and we were chanting, and singing, and people were doing speeches about why it was necessary for American democracy and for the country to impeach and remove Donald Trump. That’s when the Capitol Police arrived. 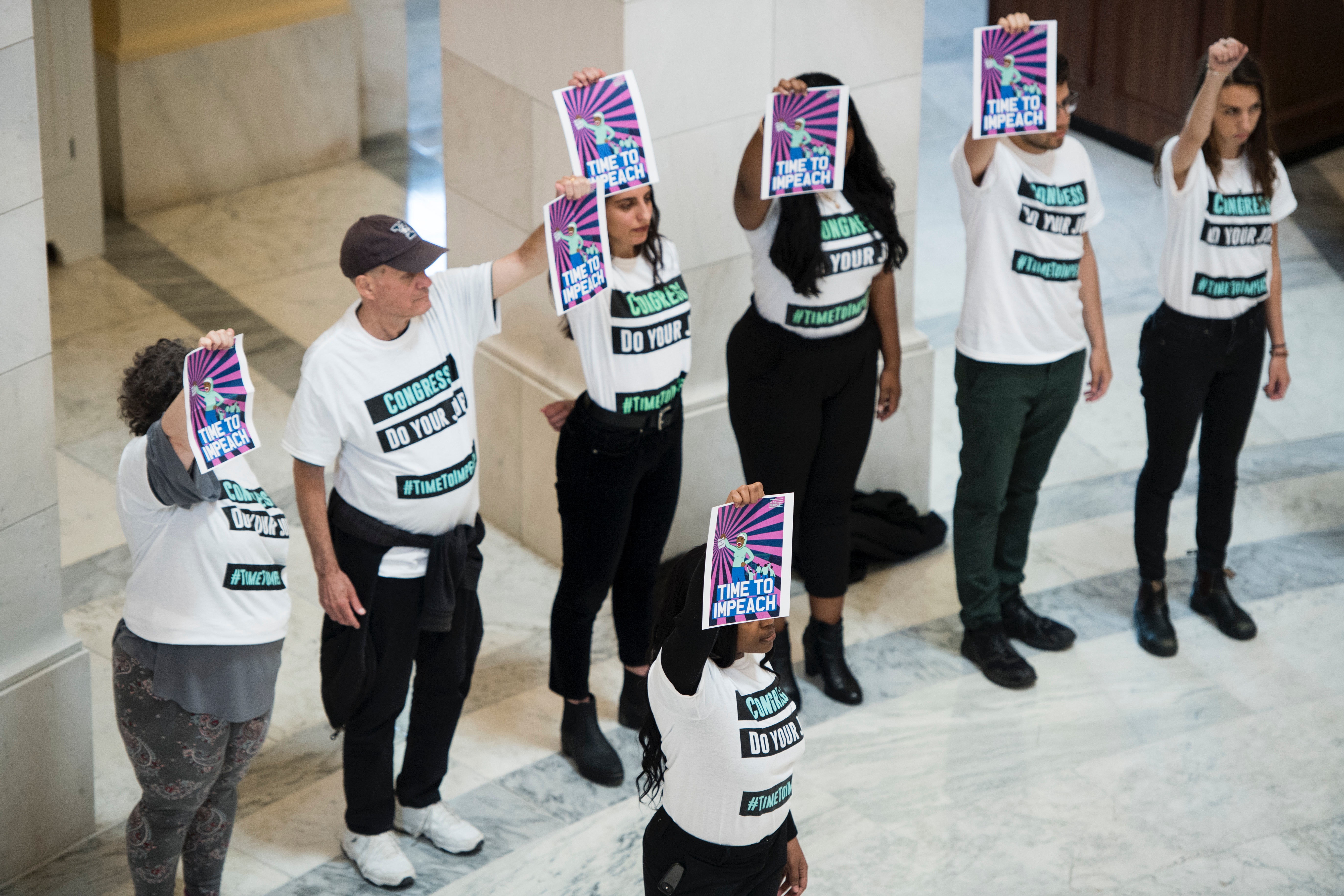 Besides taking up space, there was nothing that should have triggered our arrest. People were sitting on the floor, and the Capitol Police [would] guide you up and pick you up in order to arrest you. They put my hands behind my back and used zip tie handcuffs — pulled fairly tightly — and then they walked us out of the Capitol and loaded us into a van, and we went to the police station in Washington, D.C.

It was a tight fit to get us into the police vans, because the vans themselves are very short. It takes a decent amount of time to drive to the station, and the whole time you’re bent over to fit in the van, with zip ties around your wrists. Crouching in the small van made it all worse. I had zip tie marks on my wrists for hours and hours after getting released. I spent six-plus hours in jail, was released, and paid a $50 post and forfeit. Peaceful protesting has been part of liberation and civil rights movements for forever. It’s been a part of the strategy of how we show up for each other and request more accountability from our government and systems. And that’s not what occurred at the Capitol on Jan. 6. It was very difficult to watch not only the takeover of a governmental institution, but of the people’s house — the Capitol is technically the people’s house. I was frustrated and angry about the lack of response. As somebody who’s entered the Capitol and been part of a peaceful protest and been arrested, I see the difference in how we were treated.

Elise Villescaz, 33, is an educator and activist from Phoenix, Arizona. She’s previously been involved with the Arizona Education Association’s Red for Ed Movement to demand more funding for education in Phoenix, Arizona. On June 28, 2018, Elise traveled from Phoenix, Arizona, to Washington, D.C., to participate in a demonstration calling to abolish U.S. Immigration and Custom Enforcement (ICE) following the implementation of the zero tolerance immigration policy, which was enacted on May 7, 2018.

I was arrested for crowding, obstructing, or incommoding, and paid a $50 fine on June 28, 2018. A massive group of mostly women and femmes marched to the Department of Justice and then proceeded to Capitol Hill, where we executed an act of civil disobedience in the Hart Senate building. We had some activism training prior to the event itself, so once we entered the Hart Senate office building, we sat down together, took out our mylar blankets, similar to the ones given to immigrant children, and joined in song with the other protestors who were standing in the balconies.

We were peaceful, and we were promptly arrested. The Washington Post reported 575 people were arrested at the June 28, 2018 demonstration.

The demonstration was announced two weeks in advance. The Capitol Police had that kind of notice, and their organization and their anticipation was obvious. They were standing there en masse with zip ties in hand. It was only a few minutes after we sat down that the Capitol Police began to systematically escort us out of the building. They used zip ties on some of the women, but not all of them — I think mostly because they weren’t prepared for our numbers. There were Capitol Police at every stop of our action that day. I would say over 100 officers were ready and waiting at the Hart Senate office building. We were escorted out of the building and to a nearby lawn where they had tables set up to process us. The paperwork was completed there, but we were given instructions to go to the Capitol Police station the next day to pay the fine. We weren’t detained, because of the numbers. I don’t think they were prepared to detain us.

It was very well organized on the police’s part, as well as ours — an element that really frustrates me about the Capitol riot. There’s this argument the Capitol Police weren’t prepared, but I would like to believe our law enforcement — particularly our Capitol Police — have the funding for the level of intelligence needed to anticipate such actions.

I felt overwhelming anger watching the riot, and much of it was directed at the Capitol Police and the larger systems that excuse, if not enable, that specific type of violence. It was right there before our eyes in real time, there was no nuance. It was stark.

Heidi Siek, 49, is from New York City and is the CEO and co-founder of #VOTEPROCHOICE, a nation-wide platform dedicated to protecting and expanding reproductive rights. Siek was arrested on Oct. 4, 2018 by U.S. Capitol law enforcement while peacefully protesting Justice Brett Kavanaugh’s confirmation to the Supreme Court.

I’ve been a part of the reproductive rights community since the ‘80s, and over the years, I’ve seen Congress, state legislatures, and local governments slowly chip away at those rights. With Brett Kavanaugh’s nomination to the Supreme Court, I knew abortion rights under Roe v. Wade would be at stake, and that if he were confirmed, it would be a tipping point for our ability to protect reproductive freedom.

When I found out there were pro-choice coalitions planning on protesting at the U.S. Capitol for Kavanaugh’s Senate Judiciary Committee hearings in October 2018, I decided to join in. On the last day of protesting, there were hundreds of arrests. The Capitol Police knew we were coming. I don’t know how they found out — we kept everything extremely quiet online — but they knew, and it seemed like they had a police officer assigned to every single protester that showed up. About 300 of us were sitting on the floor of the Senate Hart Office Building, unarmed, chanting, “We will not go back.” We were only protesting for about 15 minutes when the Capitol Police deployed hundreds of officers. 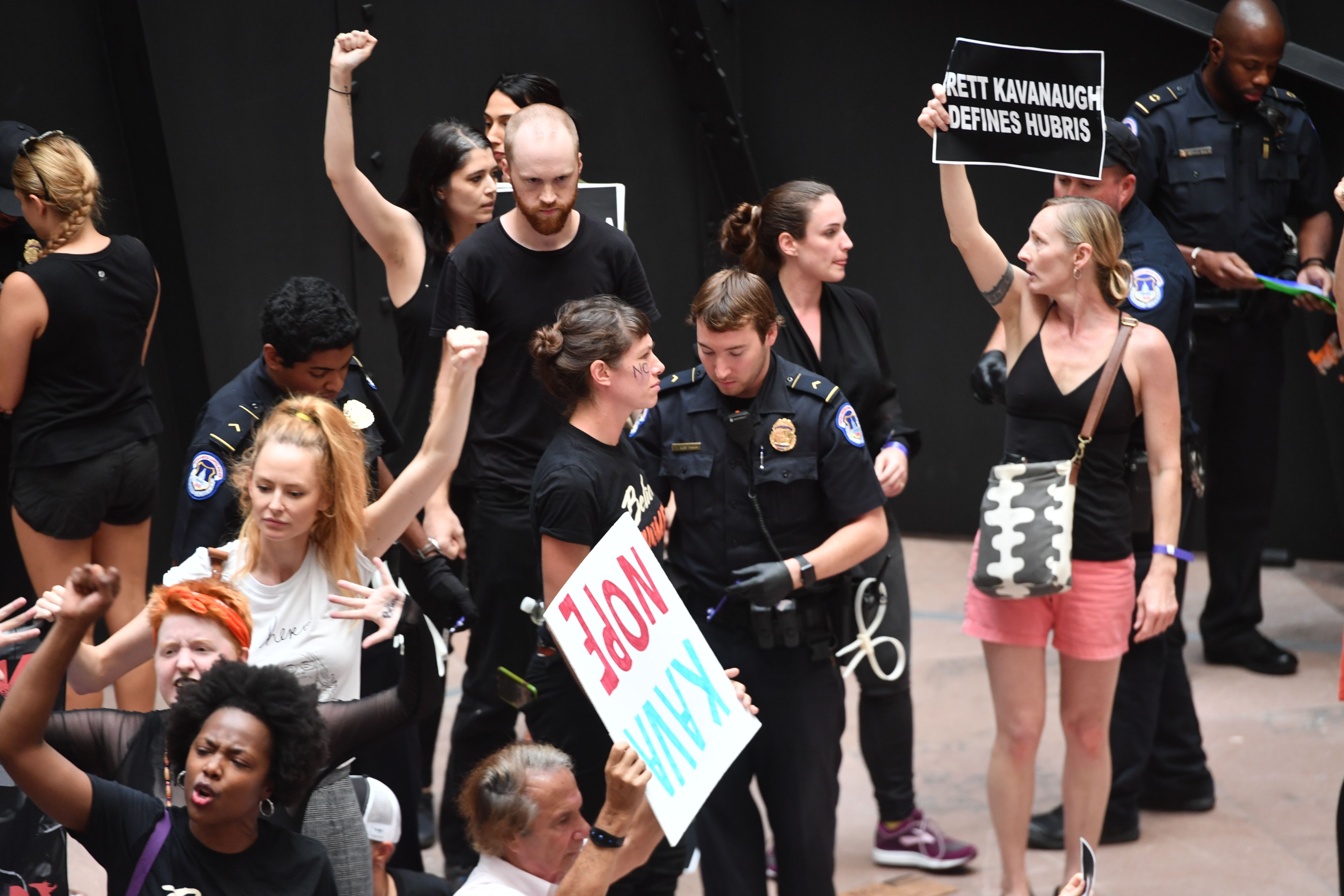 They put handcuffs on all of us, but for me, it was more of a performative measure. The Black women who were protesting alongside us, however, were treated the worst. They appeared to have the roughest arrest experience. Seeing that contrast in treatment unfold right in front of me was absolutely disturbing. After we were arrested, we were all loaded up into buses and taken to a processing center where we were booked and held.

During the Kavanaugh protests, the cops were there all the time — barricading, holding us back. The best we could do was sit and yell. That’s the most we could ever do. So, what I saw on Jan. 6, that would never have happened to us. We were not allowed to walk around, or do anything like what happened at the Capitol on Wednesday.