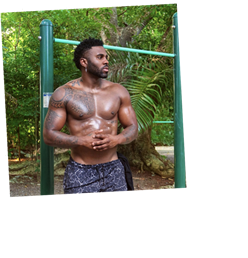 Jason Derulo, or should I say 🎶 Ja-son Derulo 🎶, is a man of many talents. His bangers are catchy. His falls, graceful. And don’t even get me started on his snugger-than-snug underwear. In short, the dude is known for a wide array of things, and recently, he’s added TikTok extraordinaire to his résumé.

With over 40 MILLION followers, Jason has created quite a name for himself on le Tok because of his extreme dedication to his craft. Like, he may even need some dental work thanks to that whole corn-on-the-cob-on-a-power-drill situation. Point being, he’s up there in the (unofficial) TikTok Hall of Fame with Charli, Addison Rae, and all the Hype House peeps. And so to honor this achievement, I’ve gone ahead and rounded up some of his best and funniest work on the platform. You’re welcome.

When he made us all feel ~seen~

The no pants part was extra relatable.

The snake was a nice addition too!

When his waffles started floating

The invisible cloak back at it again!!!

When Charli (sorta) knocked him out while she was dancing

Watching @charlidamelio is more dangerous than I thought 😭😂

She really got him good…

When he got his bae a new pet

I got @jenafrumes a new pet

When he made an absurdly large doughnut burger

Do you think he’d sing to me if I hired him as my personal chef?

When he cried in the back of Addison Rae’s car

When u pass McDonalds and your mom says “There’s food at home!” @addisonre

TBH, I woulda taken it off his hands.

When he attempted to make the biggest pancake tower ever

Thank you for 20 Million! Watch till the end! #MilliMeals @itsdavidblaker

I feel like Jason would be a fun roommate.

When he tried to hack eating corn on the cob

DO NOT TRY THIS AT HOME.