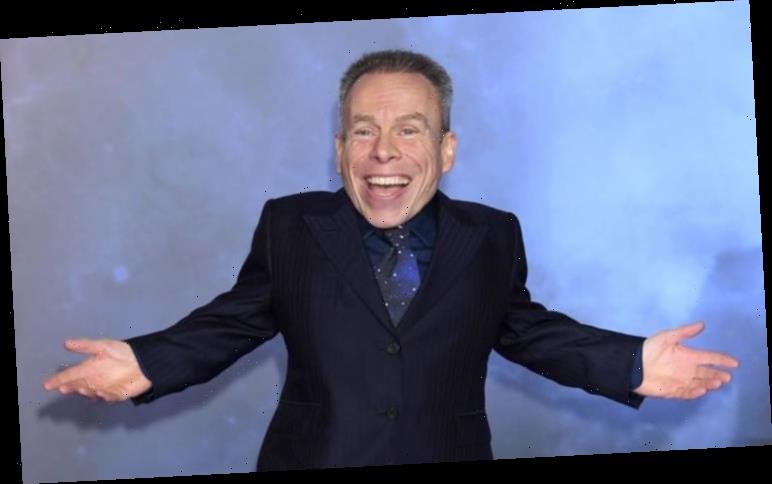 The Tenable presenter, who was diagnosed with spondyloepiphyseal dysplasia congenital, a rare form of dwarfism, when he was young, recalls how his parents Ashley and Susan were told by medical professionals he wouldn’t survive until adulthood. Warwick, who turns 51 this week, has used his height to his advantage, landing his first major role nearly 30 years ago when Star Wars creator George Lucas cast him as a leading Ewok in Return Of The Jedi. He has appeared in every Star Wars film since as well as Ron Howard’s classic 1988 movie Willow, not to mention taking on various roles in the Harry Potter franchise.

In 2011 he wrote and memorably starred in dark comedy Life’s Too Short, with Ricky Gervais and Stephen Merchant, about “the life of a showbiz dwarf”. And for the past five years he has gained a whole new fan base as host of ITV quiz show Tenable.

Away from the screen he experienced the deaths of his first two children, which he candidly spoke to Bear Grylls about on ITV’s Bear’s Mission With Warwick Davis, in 2018. He revealed how he and his wife Samantha lost their son Lloyd in 1991, who inherited both their conditions and died nine days after being born, and how they had another baby who was stillborn.

Happily Warwick went on to have two children, Annabelle and Harrison.

They have inherited his condition but he insists it has not stopped him from living his life.

“I have to admit I didn’t have the best start in life and it was really tough for my parents because they were of normal size and I was just very, very small. I had a rare disorder, which most people just call SED,” says Warwick.

“The specialists prepared my mum and dad for the worst and told them I wouldn’t make it to being a teenager. But I did and they were always positive and instilled the same approach to me in life.

“I come from a very close family and I had a lot of support. 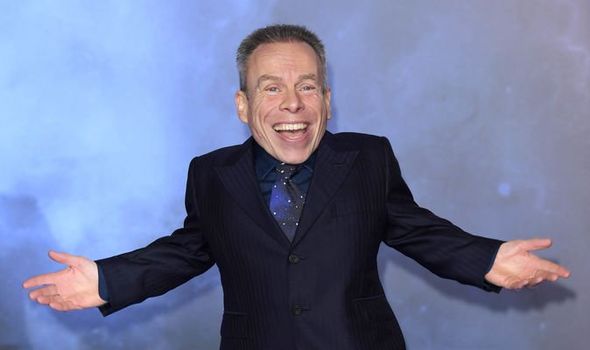 “Now I’m about to be 51 and I’m still here and I have a family of my own and I have never been happier, despite what’s happened in my life.

“It was so hard losing Lloyd, but I’m very proud of the nine days that we spent with him. I’ve got very fond memories. It sounds weird when you have a child and they die, but those times with him were very, very precious.

“And I was proud to share those experiences with other people because you never know who’s listening or watching.

“Sometimes understanding somebody else has been through a similar thing can be a huge help so in talking to Bear about it, I thought, ‘Well, I’m sharing this and hopefully it will help someone else going through a similar grief experience – knowing there is light at the other side of this. It’s not going to be misery forever’.

“You can cherish those memories, but they’re not something you should be sad about for the rest of your life.

“Initially I did say to my wife about Bear’s show, ‘I don’t fancy sleeping in a cave’. ‘But she said, ‘No, you’ve got to do that. You’ll probably get very hungry and very cold but you’ll love it and it’ll be brilliant for you’. I did it and I was elated afterwards that I survived. 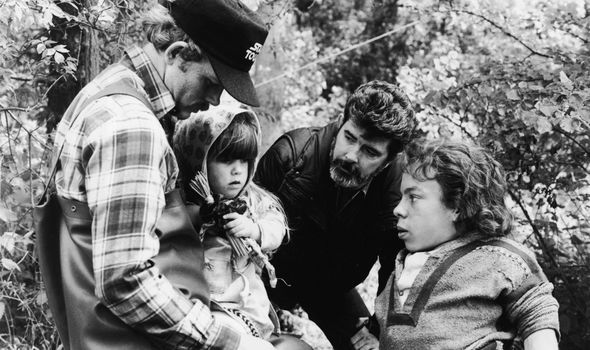 “And Bear is a great guy to spend 24 hours with. We talked about Lloyd and afterwards, I got a very positive reaction. Everywhere I went people said, ‘That was wicked’.

“You must go after every opportunity that comes your way because you never know what’s around the corner. That’s what I’ve done. I’ve taken the most of every moment in my life and made the best of it.

“But it’s my wife Samantha who keeps my feet on the ground. I might be on a Hollywood set one moment but when I’m back home, she just tells me how it is. She says, ‘Right, come on, the bins need emptying. You’re not in Hollywood anymore. You’ve got to empty those bins’. It’s about being normal.”

“I feel lucky and very blessed and being a short actor is the way I got my big break within the industry,” he admits. “Without being a short person, I wouldn’t have been an actor, I don’t believe.

“Being cast in Return Of The Jedi was a life-changing experience that will never happen again. 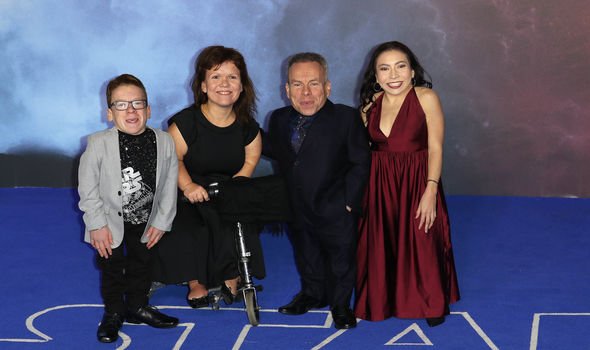 “Kenny Baker [who played R2D2] was supposed to play Wicket, one of the leading Ewoks, but because he was ill they promoted me from Ewok extra to Wicket.

“To be part of that franchise was amazing and I played Yoda once too.

“I’m a huge Star Wars fan and I have a great collection of memorabilia.

“I’ve been doing a lot of virtual Star Wars conventions during lockdown, so I still meet people via Zoom.

“If I had to cite one person as a mentor it would be George Lucas who has given me many of the opportunities I’ve had in my life and career.”

But it was the classic fantasy movie Willow, currently being adapted for TV for Disney+, which really turned Warwick into a star and it is also where he met his wife.

He has also gained a whole new fan base with ITV quiz show Tenable. 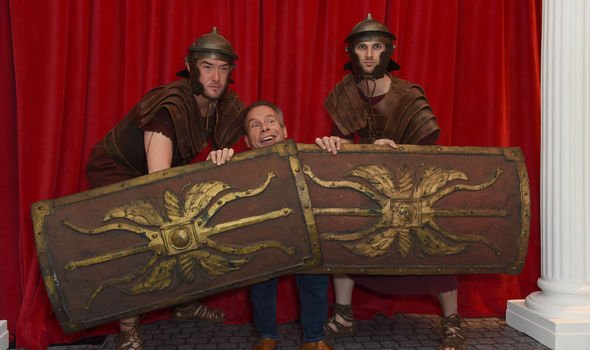 “I love it,” he enthuses. “It really is a pleasure to host it. This year we’ve already had some great teams and there has been lots of fun and money won, which is lovely.”

But what does Warwick believe is behind its enduring success?

“If you’re watching at home you can play along and you don’t have to be super clever to get a few answers right, which is nice,” he observes. “I think it sets itself apart from other shows because it’s fun and there’s a lot of humour in it. I work closely with the writers to make sure that the show is as funny as it can be.

Tenable, which is currently pulling in over 1.4 million viewers, has had comedienne and actress Sally Lindsay on board since the beginning of the year as an alternate host.

“I’ve worked with Sally a lot over the years. She’s fantastic, a really nice lady,” says Warwick. “I’m working on lots of other projects at the minute and three shows a day is quite hard. We are in pre-production for Willow and it will undoubtedly become very busy as we go through the year.

He is looking forward to going back to Willow in the new series. Warwick added: “The director Ron Howard has been an amazing influence on me. He’s a good friend and brilliant director and it’s lovely to be working closely with him again.

“It really is a dream job for an actor to go back and revisit something, especially now I’more experienced as a performer.”

Although he has forged a career in showbusiness and his children are actors too, Warwick insists he is not a pushy dad.

“I don’t say, ‘You guys have got to become actors’, because I understand it’s quite a difficult, challenging profession. But they’ve chosen this as a career path. They really want to do it.

“Personally, I’m very glad I pursued acting. It’s not the easiest career in the world but I absolutely love performing and you have to love it to stick with it,” adds the star who trained at the Laine Theatre Arts college in Epsom, Surrey.

Warwick admits that the pandemic has presented its own challenges but the benefits have been spending more time at home in a small Cambridgeshire village with his family.

“I’ve really honed my gardening skills and I’m looking forward to seeing the results, as everything comes back in the spring.

“I like to be busy which is also why I have my acting agency, Willow Management. It is something I started many years ago to nurture the talent that exists out there among short actors.

“We’re currently involved with the casting on the remake of Willow.

“I don’t know if there are still the roles for short actors because there is a lack of fantasy movies being made, but I think they’ll always be needed in some form or another.”

One of Warwick’s other passion projects has been working with the British Pantomime Academy. With the UK back in lockdown, many families are looking for engaging, fun or educational home activities for their children. 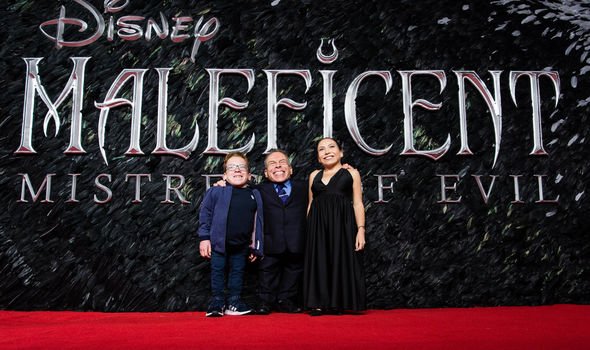 The British Pantomime Academy is offering youngsters from 8-18 years old an opportunity to engage with the arts, drama, language and script writing in one-hour courses available online.

Does Warwick think the Government could have supported the arts better throughout this time? “They’re managing a fast changing and very difficult situation. It’s very difficult to socially distance an audience. You know, some theatres tried it, but unfortunately had to close again.

“But once the situation is under control the industry will in the long term bounce back and not have suffered too greatly.”

He has also done his bit to help out in the community. “This pandemic has been hard keeping people apart. A lot of people haven’t got anyone close to them and I’ve got friends who are in total isolation.

“What we’ve done for them is basically pull up near their front door, open the door of the car, say, ‘Hello’ and leave a little gift package outside, just to keep their spirits up. There are a lot of lonely people out there who haven’t had a hug for a year. It’s been very difficult.”

The British Pantomime Academy has launched Kids’ Masterclass workshops with support from Warwick Davis. The Kids Masterclass Workshop is just £9 per person with discounts available when booking the full course of 12 workshops.