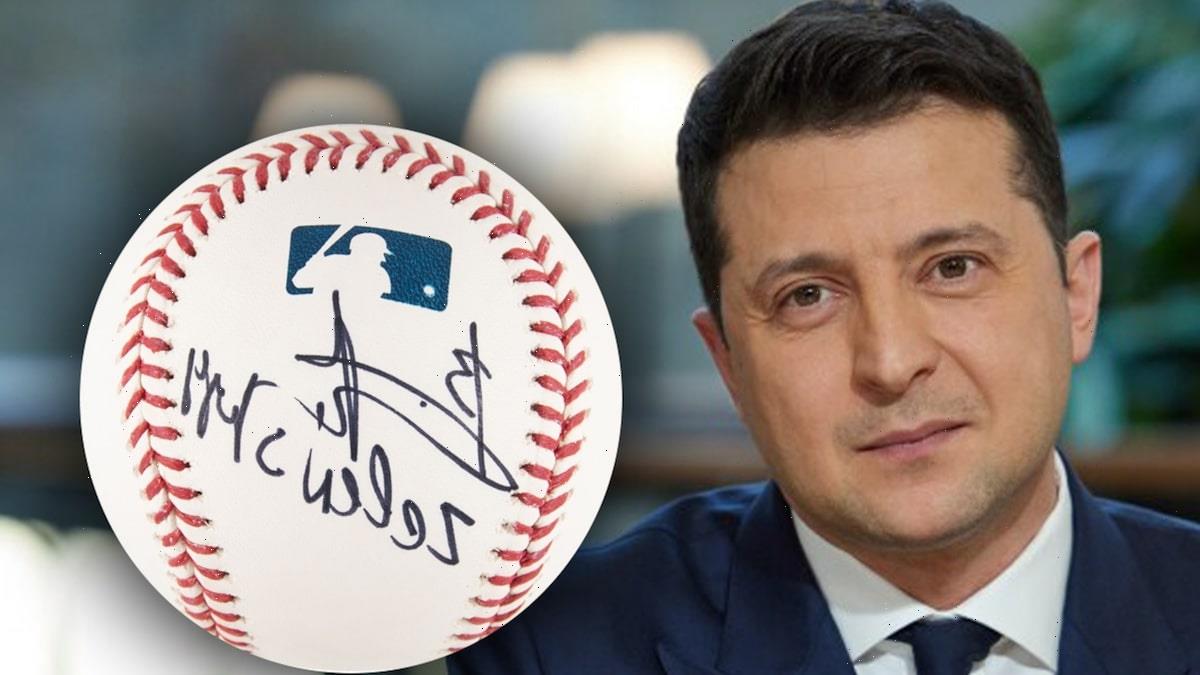 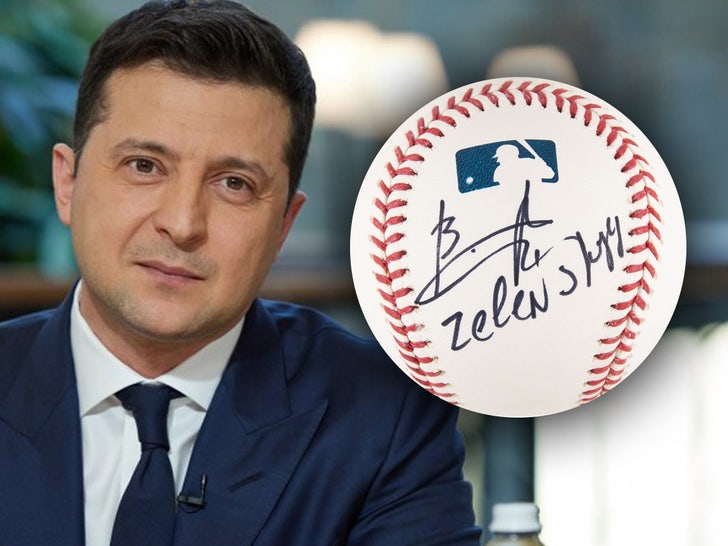 Volodymyr Zelensky literally left his mark on America’s pastime … the world leader autographed a baseball that’s up for auction, and the sale will help relief efforts in Ukraine.

The Ukrainian President signed his last name on the baseball in two different languages … Ukrainian cursive and English print … with his signature right below a Major League Baseball logo.

Zelensky left his John Hancock on the ball back in September 2019, during a visit to New York. The ball comes with a letter signed by Volodymyr Yelchenko, Ukraine’s Ambassador to the United Nations at the time. 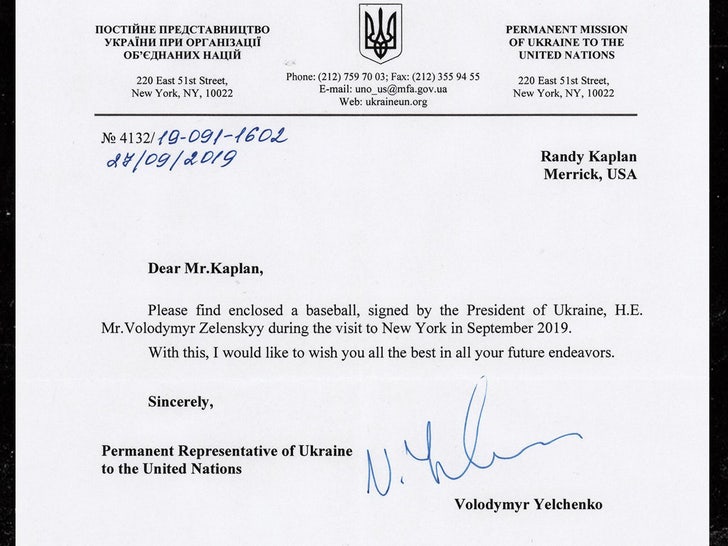 The baseball is going up for sale through RR Auction … where it’s expected to fetch at least $15,000.

Randy L. Kaplan, a government affairs specialist in New York, got the ball as a gift from Yelchenko … Randy’s been collecting signed Major League baseballs from world leaders and heads of state since 1996, starting with Bill Clinton. 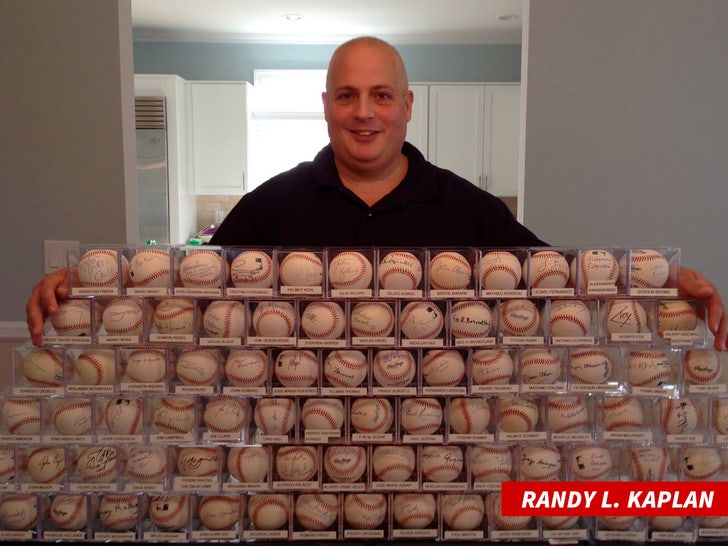 The auction house says the ball is in “very fine” condition and Kaplan plans to donate a portion of proceeds from the sale to a Ukrainian relief fund … RR says they will donate their cut to the same fund.

There are already 13 bids on the baseball, and the auction runs through May 11.