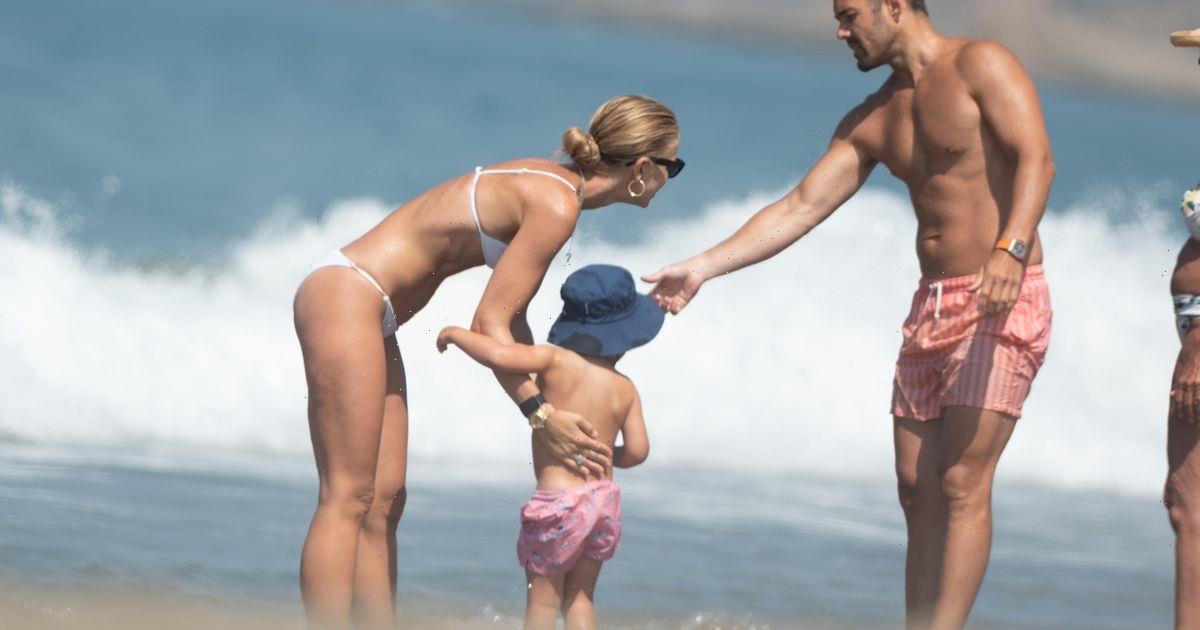 Irish beauty Vogue showed off her envy-inducing athletic figure in a tiny white bikini as she soaked up the sunshine on the beach.

The 35 year old kept things low-key with her long tresses slicked back into a bun and a pair of shades shielding her eyes from the sunny rays.

Former Made In Chelsea star Spencer also looked happy and healthy as he doted on his little boy as they spent quality time as a family on holiday.

Spencer certainly had made quite the transformation from reality star bad boy to settling down into married life with Vogue, with whom he also shares 13 month old daughter Gigi.

The TV star even decided to go teetotal in 2018, a year before his son, Theodore, was born – but in a new interview, he's revealed that he's decided to resume drinking alcohol.

After going two and a half years without touching a drop of booze, Spencer has said he is now drinking again, but "only in moderation".

He told The Sun: "I was completely teetotal, I abstained for about two and a half years – and I was never against alcohol, I just felt that I needed a good, clean break from drinking.

"It was a really interesting time, and at that time, I thought, 'I'm never going to touch alcohol again. Why would I?'

"But I now will have a very occasional glass of wine or a glass of champagne on New Year's Eve or if the occasion's right."

Spencer and Vogue got married at the expansive Glen Affric Estate in Scotland in June 2018.

Only close family were present, including Spencer's brother James and his wife, Pippa Middleton.

As Vogue and Spencer's friends didn't get to witness them tie the knot the first time around, the couple enjoyed a second wedding celebration in London in 2019.