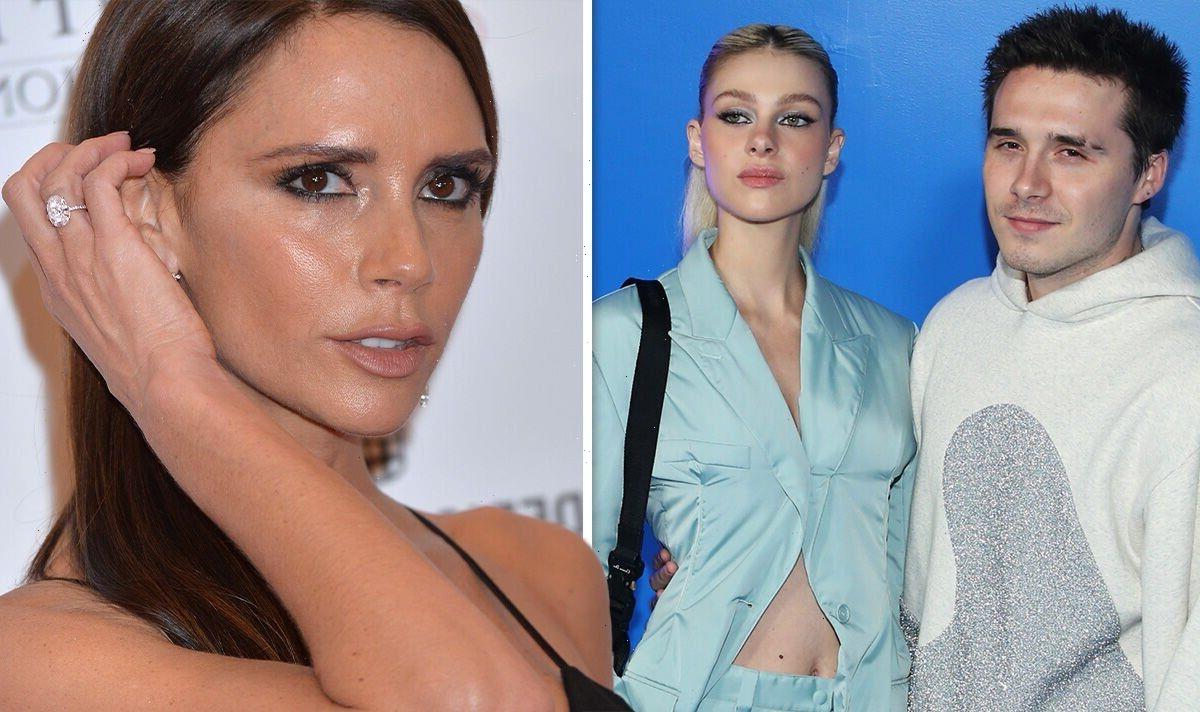 Victoria Beckham, 48, has reportedly made a plea to her eldest son Brooklyn Beckham, 23, and his wife Nicola Peltz, 27, regarding her future grandchildren. It comes after sources claimed there is tension in her relationship with her daughter-in-law Nicola.

Victoria and husband David Beckham, 47, are currently enjoying their holiday cruising around the Mediterranean on a yacht with their three youngest children.

However, Brooklyn and his new wife Nicola were not in attendance, as they decided to stay in the US to celebrate the actress’ grandmother Bunny’s 94th birthday.

A source has claimed their notable absence from the family trip has deepened Victoria’s fears of not playing an active role in any future grandchild’s life.

It comes after sources previously claimed the Spice Girls star has even considered moving back to America once the couple has their first child in order to support them. 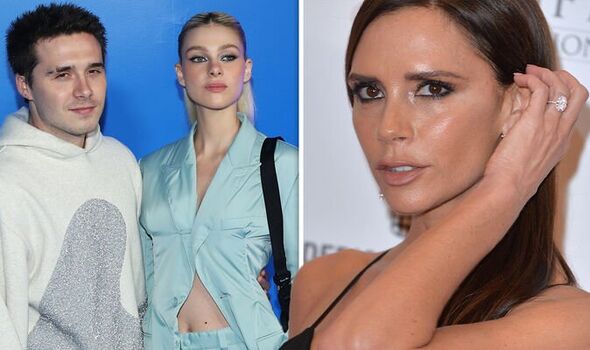 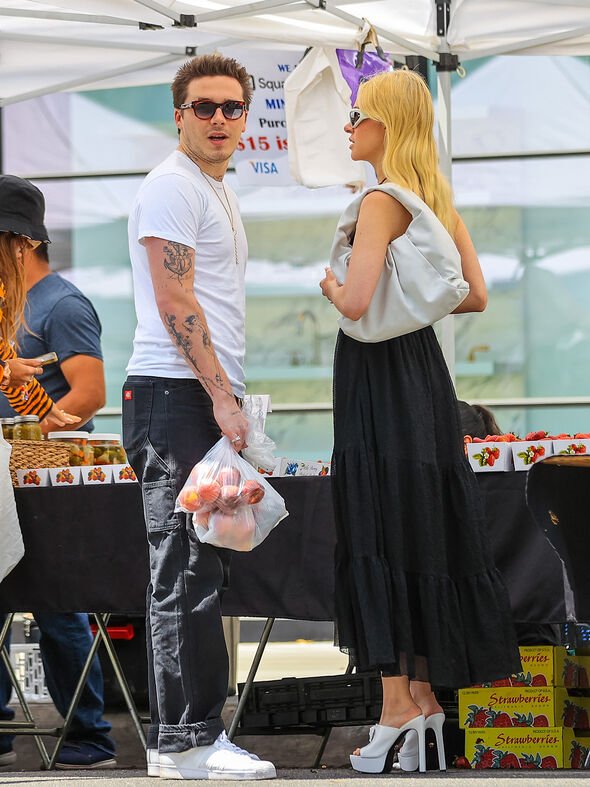 The source told Closer: “Vic’s biggest fear is not having a relationship with her first grandchild. She doesn’t really know what’s happened between her and Nicola and dearly wants to make it right before the issue deepens even further.

“Despite Vic doing her best to plaster on a smile and try to enjoy their trip, the rising tension with Brooklyn and Nicola is eating away at her and, though it has been a lovely family trip, it’s the elephant in the room.

“She’s been enjoying herself when she forgets about it, but she’s been tearful at times. David’s been comforting and reassuring here as much as possible, but it’s clear how deeply the rift is affecting the entire family.

“Vic desperately wanted Brooklyn and Nicola to join them, and is disappointed that they didn’t make the effort to jet out before or after Bunny’s birthday, even just for a few days, which has further highlighted how much things have changed now Brooklyn’s a married man.” 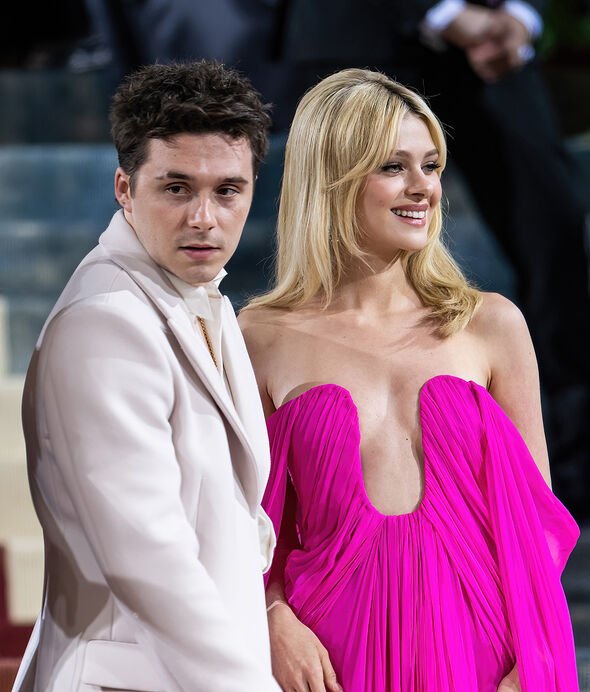 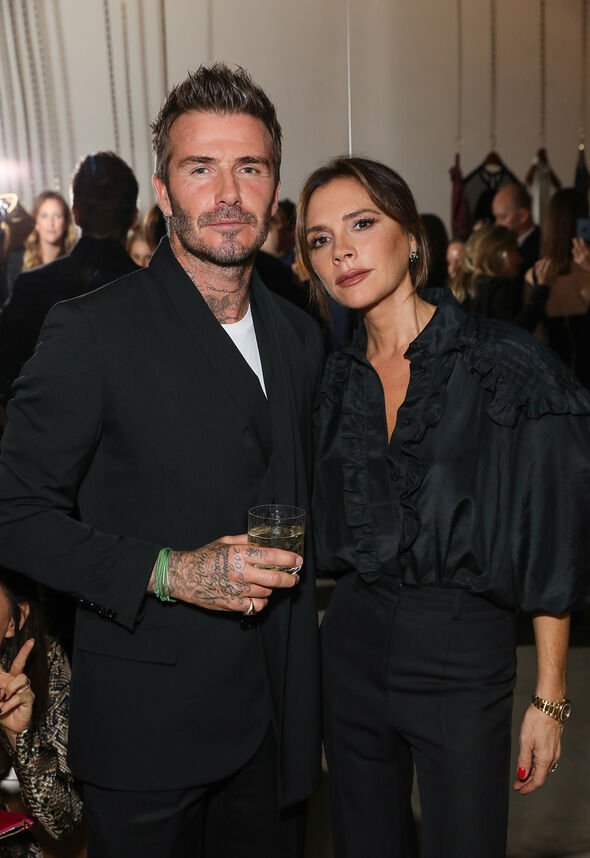 The source then continued to tell Closer that Victoria “feels like her worst nightmare is coming true” and that her “family is drifting apart”.

Brooklyn and Nicola have set up their new home in LA since they got married back in April.

While Nicola’s family are based out in the US, the rest of Brooklyn’s family – including his siblings Romeo, 19, Cruz, 17, and 11-year-old Harper – are back in the UK.

The source’s claim about Victoria fearing for her future with any possible grandchildren down the line comes after other reports of cracks in the relationship between Nicola and Brooklyn’s families.

A source told the same publication at the time that Victoria was “gutted” that Brooklyn and Nicola had been invited to join the Peltz family for Christmas this year.

They also claimed that Victoria was worried about Brooklyn prioritising Nicola’s family over his own and feared that things were “only going to get worse”.

Brooklyn and Nicola got married in a lavish wedding at the Peltz’s multimillion-dollar Palm Beach estate in Florida.

The report claimed that, after the wedding in Nicola’s home turf, the Peltz family did yet another thing to make the Beckham’s feel “pushed out and hurt”.

The supposed point of tension arose after Nicola’s parents and brother Will, 36, joined her and Brooklyn on their Italian honeymoon, while the Beckhams did not.

The Beckhams also didn’t sit with the Peltzes at the head table of Nicola and Brooklyn’s wedding, with only the bride’s family sitting at the spot traditionally reserved for both families.

Nicola comes from a large family and is an heiress, with a father who is a billionaire businessman.

Her dad, Nelson Peltz, is a founding partner of Trian Fund Management, an alternative investment management fund based in New York.

He is also non-executive chairman of Wendy’s Company, Sysco, and The Madison Square Garden Company.

Express.co.uk has reached out to Victoria Beckham, Brooklyn and Nicola’s representatives for comment.