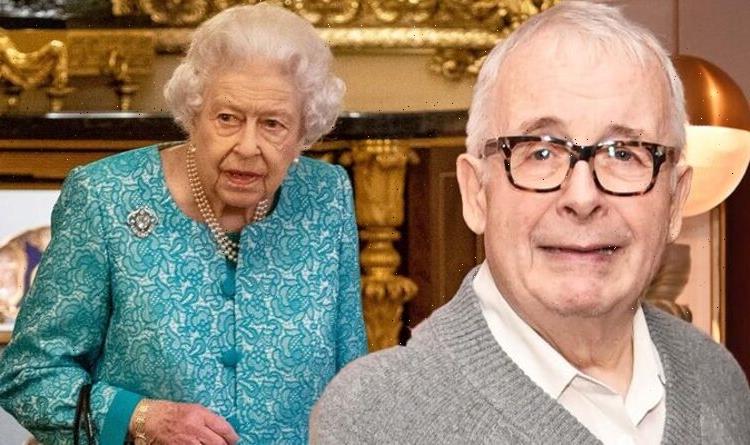 Christopher Biggins, 73, claimed that the Queen is using a wheelchair, something he has labelled “so very sad”. The actor has spoken out as speculation regarding Her Majesty’s health soared in recent months.

The Queen is due to celebrate 70 years of royal service with events being held from June 2.

Appearing on the GB News breakfast show with Eamonn Holmes and Isabel Webster today, Christopher praised the Queen as “our greatest ever monarch”.

He said: “I have heard that the reason she’s not doing a lot of the events that she should be doing and cancelling them is because she is in a wheelchair.

“She doesn’t want to be seen, she’s very proud. She’s our greatest ever monarch.

“It’s so very sad and I hope she is able to make her anniversary celebrations.”

Comparing the Queen to her late sister Margaret, whose appearance in a wheelchair was largely discussed, Christopher said that it was “embarrassing” for the monarch.

Christopher went on to address claims that the Queen has had a lift installed at her Balmoral residence.

The actor said: “Everyone I know is putting in lifts.

“You can fit a lift very, very cheaply if you have the space.

“Two flights of stairs for me now is quite something.”

The Queen has recently recovered from a back sprain as well as coronavirus, which caused her to experience “mild cold-like symptoms”.

Daily Mail royal editor Rebecca English has since told Palace Confidential on Mail Plus that there is currently speculation surrounding Her Majesty’s appearance at her Platinum Jubilee celebrations.

According to the publication, the monarch will not be taking part in all the events taking part during the bank holiday.

“A year ago they expected her to be front and centre at everything, attending every event and that definitely is no longer the case.

“She will attend what they call the big keynote events around the Jubilee in the run up to it and over the four-day bank holiday weekend.

“But she definitely won’t be attending everything.”

However, she stressed that it should not be “cause for alarm” and that the Queen “will definitely be seen”.

Rebecca said: “These are celebrations of her historic anniversary and she will definitely be seen but just be warned it won’t be quite as much as we had hoped.”