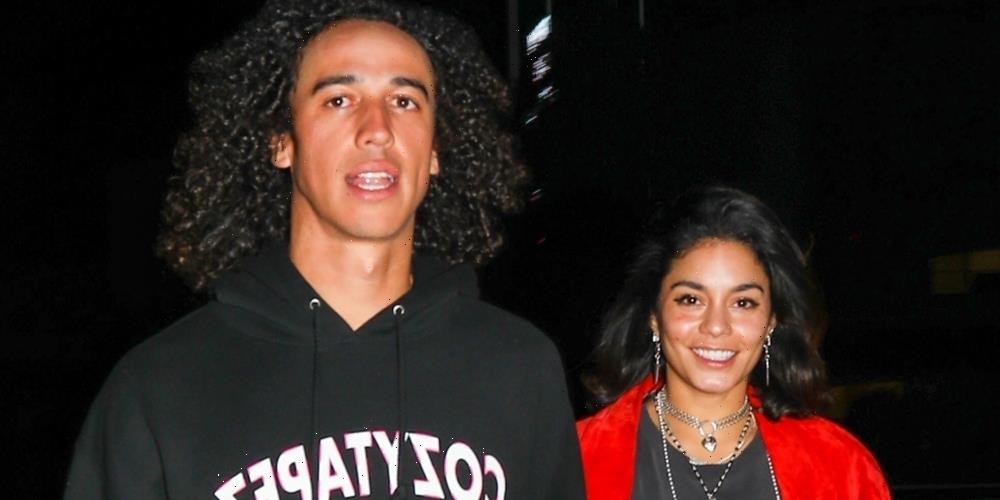 Vanessa Hudgens and her boyfriend Cole Tucker are rocking out!

The couple were spotted holding hands as they arrived at The Rolling Stones concert in Los Angeles on Thursday night (October 14).

See all the pics inside…

Vanessa stepped out in an oversized t-shirt dress with the band’s iconic logo on it, a bright red jacket and matching patent platform boots. Cole opted for a black hoodie and jeans.

The couple have been dating since November 2020. Vanessa revealed in a recent interview that they actually met during a Zoom call for a meditation group.

Earlier this month, Netflix released a first look at the Vanessa‘s new film The Princess Switch 3:Romancing the Star. Check out all the photos here and find out the release date!

She also discussed finding her tribe and how she’s learned to lean on her friends for support in a candid new interview.