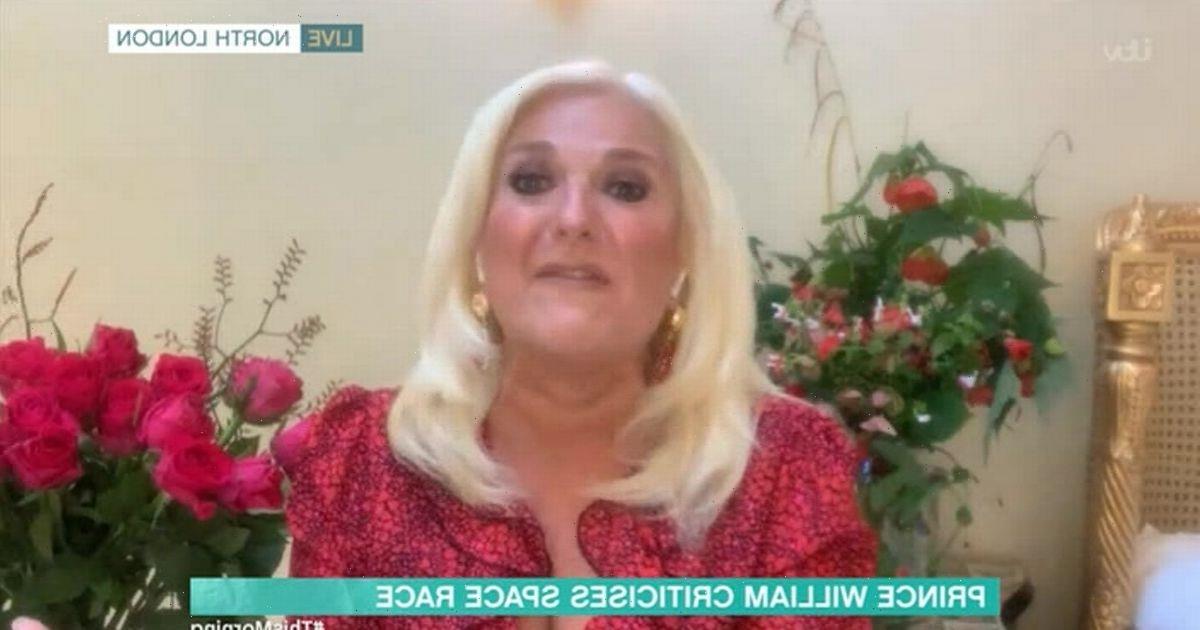 This Morning’s agony aunt Vanessa Feltz has taken a swipe at the Duke of Cambridge after the future monarch refused to support William Shatner’s space adventure, accusing him of “putting a foot wrong.”

Star Trek actor William, 90, made history on Wednesday when he became the oldest person to blast into space – but Prince William made it clear he was less than impressed with the historic moment.

William’s trip on Amazon founder Jeff Bezos' Blue Origin capsule New Shepard lasted around 11 minutes from take-off to landing, with those on board spending a few minutes floating around in microgravity.

The capsule then touched down in the west Texas desert, where William, who famously played Captain James T. Kirk of the USS Enterprise in the Star Trek franchise, was overcome with emotion.

As he hugged Jeff, he told him how his dreams have finally come true at the age of 90.

Prince William said of the space adventure: “We need some of the world's greatest brains and minds fixed on trying to repair this planet, not trying to find the next place to go and live.

The Duke of Cambridge continued: “I think that ultimately is what sold it for me – that really is quite crucial to be focusing on this [planet] rather than giving up and heading out into space to try and think of solutions for the future."

He also warned how there was "a rise in climate anxiety" among young people, whose "futures are basically threatened the whole time".

"It's very unnerving and it's very, you know, anxiety making," he added

However, Vanessa strongly disagrees with the future King of England’s views. During her appearance on This Morning on Thursday, she said: “I’m a huge fan of Prince William, I don’t think he ever puts a foot wrong – but today I think is the exception.

“First of all, they are not mutually exclusive. We can have the very best minds and geniuses focusing on earth and focusing on space.”

The broadcaster added: “I feel it sounds like a dissonant discordant note at the same moment of William Shatner’s absolute jubilation and his wonderful experience that people have found so moving.

“I reckon Prince William could have waited to share these thoughts.”