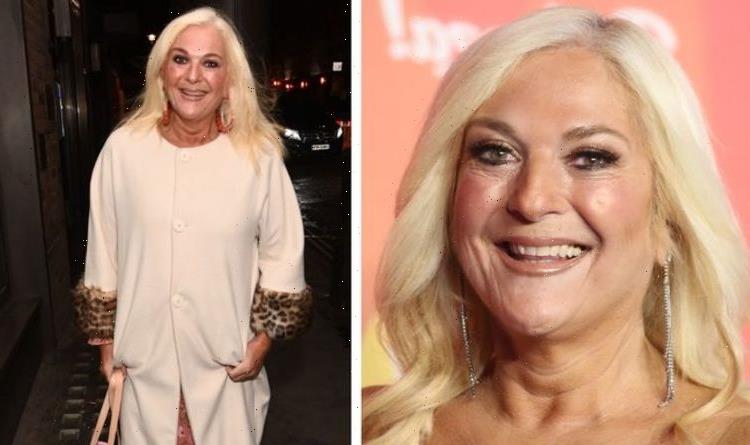 Vanessa Feltz says her kids have disowned her after bath snap

During her appearance on ITV’s This Morning today, Vanessa Feltz made the eye-opening joke, which left presenters Holly Willoughby and Phillip Schofield to ponder whether there’d be a “market” for it. It’s no secret that a string of well-known celebs have flocked to the platform in recent years, particularly during the pandemic.

Is that a bad idea to provide for my old age?

As This Morning returned from an ad break, Phillip could be heard laughing as he filled viewers in on his chat with Vanessa.

“Well, Vanessa Feltz has talked about going down the social media route. She’s just got a blue tick on her Instagram and now she’s talking about joining OnlyFans!”

Vanessa, clearly amused by the conversation, joked: “Why not?

“Is that a bad idea to provide for my old age?”

The radio personality quizzed both Holly and Phillip on whether people would subscribe to her page if she were to sign up to the platform given her age.

Asked if there would be a market for her to join, Holly didn’t hesitate to chime in, saying “there’s a market for everything”.

The Dancing On Ice presenters were left in hysterics when Vanessa made another joke.

“You see my parents are dead, they can’t be ashamed. What the hell, right?” she quipped.

The mother-of-two made it clear that she had not been officially approached to join OnlyFans yet, so it was more or less just an idea that crossed her mind.

Phillip went on to interject, insisting that she should keep her “options open” before ruling out the thought of sharing X-rated content with her fans on a paid subscription service.

“And not just my keep options open, when I think about it,” Vanessa chimed in as the trio continued to laugh.

Her discussion on This Morning comes just days after Vanessa admitted that her children were furious after she had shared a raunchy video of herself in the bathtub on social media.

Vanessa looked ever-so-fabulous in the snap she posted to her Instagram on Saturday, as she sat naked in her bathtub with a pair of shades and a glass of what appeared to be white wine.

Speaking of how her kids reacted to the pic, Vanessa told viewers of This Morning on Monday: “I swore I would never do it and then if you’re doing… you might as well do it, right?

Elsewhere, in November, it was announced that Sarah Jayne Dunn would not be reprising her role as Mandy Richardson on Channel 4’s Hollyoaks after having launched an OnlyFans account.

She was axed from the soap after a dispute with bosses over her move to join the site.

In a recent interview with The Sun, the actress insisted she needed to “take a stand”, further explaining that she was determined to take back control of her image.

Her decision to post racy content on OnlyFans should not have cost Sarah her job, she argued.

But she ultimately felt that departing the show was going to be her only option if show bosses were not going to accept her decision to become a member of the adult site.

“For me, this is about having the right as a woman of 40 years old to decide what is right for me,” she told the publication.

“I love photoshoots, and I’ve worked hard for my figure. I don’t make a secret of the fact that I get a big boost out of it, and I’m not apologetic for that.

“The pictures I’ve put on OnlyFans are no more explicit than the sort of things I’ve done in the past for magazines and even for Hollyoaks’ own official calendar.”