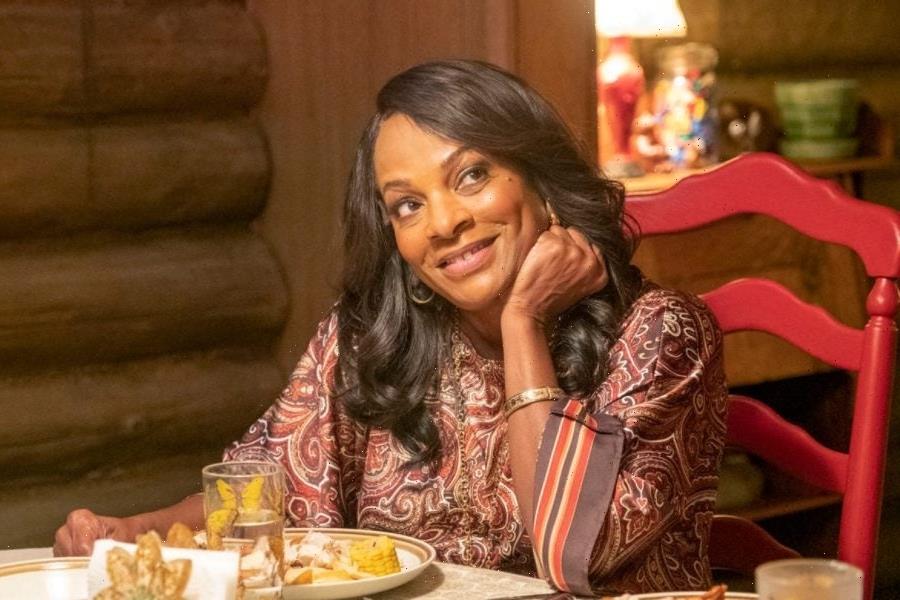 Fans of NBC’s family drama This Is Us received a joyful surprise this season regarding the life path of Nicholas Pearson, played by actor Griffin Dunne. Nicky, as he’s called by relatives, is a sensitive soul who only barely survived multiple traumas and crises early in his life, among them childhood abuse and severe PTSD from his tour in Viet Nam. Much of his adulthood has been spent as a recluse in the grip of alcoholism, seeing little chance for better but trying to believe that his fortunes could turn. Finally—with the stubborn support of newfound family members, plus Nicky’s own fumbling but determined efforts to create a fuller life—they do. Conquering a decades-long phobia of plane travel, Nicky is shown digging even deeper to flirt with a beautiful, high-spirited flight attendant before takeoff.

Viewers worldwide cheered the scene on social media, thrilled by Nicky’s hard-won happiness and also by his excellent taste: The woman, named Edie and shown to be Nicky’s future wife, is iconic actress Vanessa Bell Calloway.

Calloway has, of course, been an esteemed presence in film and on TV for decades. Among her many credits are the Coming to America film franchise; 1993’s Tina Turner biopic What’s Love Got to Do With It (one of her earliest credits, back in 1984, was the video for the Turner song of the same name); Grey’s Anatomy; crime dramas CSI, Cold Case and NCIS; Showtime’s BAFTA-winning Shameless; and, this past winter, the Christmas movie A Holiday Chance. Asked about current projects, she offers a list that could keep three actors occupied: upcoming BET miniseries Black Hampton; thriller series Sacrifice (BET+);feature film The Devil You Know (written and directed by Charles Murray, and starring Omar Epps and Michael Ealy along with Calloway); and a leading role on Bounce TV’s church-based drama Saints and Sinners, which begins airing its sixth and final season on April 3rd. “And I’m currently doing an animated film called Under the Boardwalk, where I play Keke Palmer’s mother,” Calloway says. “We’re still working on that. So—I’ve been busy!”

When Calloway got a call about the This Is Us role, she didn’t hesitate. A fan of the show herself, she admired its award-winning acting and writing (the series has received four Emmys, including Sterling K. Brown’s 2017 win for Outstanding Lead Actor in a Drama Series). “I told the producers when they asked if I was interested, ‘One thing I’m not is crazy. Of course I want to do this!’” she recalls with a laugh. “So it was a great package all around.”

And the show’s commitment to social issues, including race, is meaningful to her (Brown plays Randall Pearson, a Black man who was adopted as an infant into a white family; Dunne, with whom Calloway is paired, is white). “We are a melting pot,” she says, “and a lot of families look like this family on TV. It’s kind of mirroring what our society is today—and that is important, especially now.”

This Is Us doesn’t shy away from the daunting challenges of race in the U.S., but it does try to offer paths forward. For example, viewers see the enduring love as well as the complex struggles Randall experiences with his white family; and they also see him forming a Black family with wife Beth (gorgeously played by Susan Kelechi Watson) and their daughters, one of whom they’ve adopted. Further, Randall connects with his birth father, William—played by Ron Cephas Jones, whose portrayal regularly moves fans to tears and who won an Emmy for the role in 2020. “We have so much going on with divisiveness in our country, about beliefs, colors, racism,” reflects Calloway. “Showing interracial relationships and families matters. I’m not saying we should forget the truth of what really is happening—we have to address the truth. But we also have to recognize that some people want to be together.” And representation matters, too: She was drawn in by “the fact that they were bringing another Black woman onto the show. I thought that was very important.”

Beyond professional projects, Calloway has lots to look toward on her personal calendar. “I’m taking getaways with my family,” she says (she has been married to anesthesiologist Anthony Calloway since 1988; they have two daughters). “And I have a big birthday coming up a week from today. I will be 65—officially a senior citizen next week! I’m having a ‘ladies’ luncheon’ that I’m excited about, with my good girlfriends.”

“I like celebrations,” she continues. “I’m a person that likes to celebrate everything. I’m gonna have a reunion with my sorority chapter, my AKAs [from her alma mater, Ohio University]. I always try to give myself something to look forward to—that keeps life interesting.”

Asked what else she’d like to share, Calloway offers some truly useful guidance. “Stay ready to be ready,” she says. “That’s a piece of advice I often give and something I try to live by. Whatever you need to do, to feel like you’re ready for the world and ready to be groundbreaking—do it now, and stay ready. You don’t know when that door’s gonna open. Things can happen fast. You’re not gonna have time to get ready—you need to be ready. Physically, spiritually, mentally—stay ready to be ready! Don’t get caught out there.”

Words to remember—and the very spirit in which Nicky Pearson, finally ready, manages to chat up Calloway’s Edie when she comes along. Fans could hardly take this new plotline more to heart. “Griffin told me the funniest story,” Calloway says. “He said he was walking through the airport, and someone stopped him and said, ‘I am so happy for you.’”