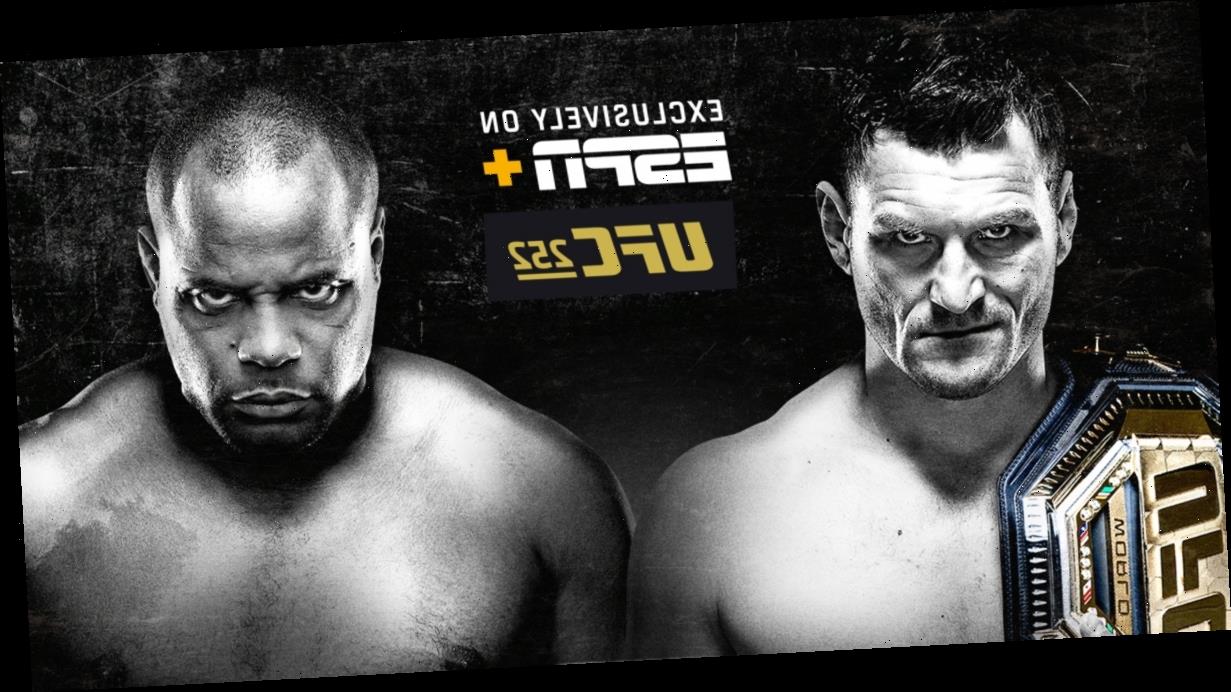 There will be plenty of drama and plenty at stake at this weekend’s UFC 252. The big fight pits two-time UFC heavyweight champion Stipe Miocic against former heavyweight and light heavyweight champ Daniel Cormier in a winner-takes-all trilogy match.

Ohio native Miocic is a former Golden Gloves boxing champion and ranked as the #3 pound-for-pound best fighter in the world. Cormier, meantime, is one of the most popular athletes in mixed martial arts, who has announced that this will be his last fight. The 41-year-old has said he will be retiring after UFC 252, whether he wins or loses.

The action returns stateside this weekend after coronavirus concerns forced UFC 251 to be moved to Dubai’s “Fight Island.” The fights will take place without an audience at the UFC APEX facility in Las Vegas. The decision to hold the event without fans was made to help ensure that all the fighters on the card — and their respective teams — stay safe, as Covid-19 cases continue to rise across the country. While there will be no live audience, the fight is available to stream live on ESPN+. Prelims start at 5pm PST with the main card starting at 10pm PST. UFC 252 is available exclusively to ESPN+ subscribers via pay-per-view.

Cormier appears to hold the edge when it comes to the two main fighters, with 22 wins to Miocic’s 19, and he’s the current favorite to win among Vegas oddsmakers as well. The Louisiana native won the first meeting between the two, taking Miocic down by knockout in the first round of UFC 226. A year later though, it was Miocic who won by TKO in the fourth round of UFC 241 last August.

Neither fighter has seen any action this year, giving them plenty of time to recover from lingering injuries and helping them stay fresh — and motivated — for the octagon. For Cormier, UFC 252 will be a chance for him to cement his legacy as one of the all-time greats in the sport, alongside household names like Georges St. Pierre, Anderson Silva, Conor McGregor and Cormier’s longtime rival, Jon “Bones” Jones, whose two fights with Cormier are widely-considered to be among the best MMA matches of all time.

Cormier may have a little extra motivation this time around too — he just revealed that his wife is pregnant with their third child. And while impending fatherhood may not be the reason for his retirement, the fan favorite has expressed a desire to seek new opportunities away from the ring, including a possible transition to the broadcast booth, and continuing his coaching work with the American Kickboxing Academy, where he still trains today.

Quick peek into my journey from April to now. I was on that big boy diet, but today I feel ready to go. It was tough but we got back into shape and ready to fight. @crazybobcook and I didn’t know what we were gonna do lol. But we got it. LFG

And while Miocic can never be counted out — at 6’ 4” and 240 pounds, the guy nicknamed “Stone Cold” towers over Cormier — UFC watchers know never to discount Cormier’s deftness when it comes to moving around the ring and going on the offensive early and often.

Cormier has a couple of celebrity fans in his corner too. Halle Berry recently commented “Let’s go champ” on Cormier’s Instagram post detailing his grueling training regime. The athlete has reportedly been on a strict diet and workout routine since April, to prepare for this final match.

Win, lose, or draw, Cormier has already endeared himself to millions of people around the world, and regardless of the outcome, this weekend’s fight is sure to be a fitting conclusion to a storied career that has already overcome numerous obstacles and injuries while proving naysayers wrong. For Daniel Cormier, only one man stands between him and the Heavyweight Championship belt, but his ascent to the top has long been ordained.