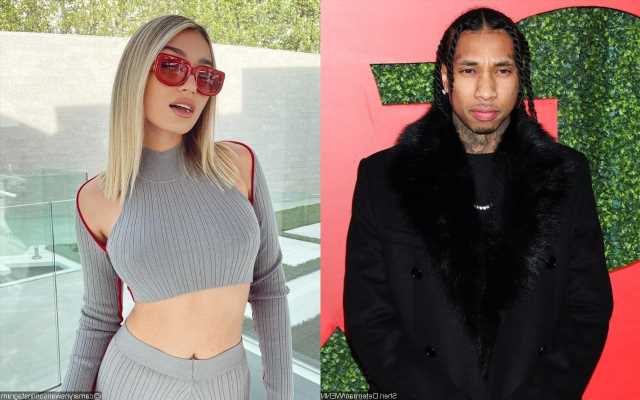 Taking to social media, Camaryn Swanson thanks her fans and followers for their ‘outstanding amount of support’ after she claims she was assaulted by her rapper ex.

AceShowbiz –Tyga‘s ex-girlfriend has set the record straight on his alleged domestic violence. Camaryn Swanson, who previously claimed she was abused by the “Ayy Macarena” following an altercation, took to social media to offer clarification.

“My intentions were never to go public with this,” Carmaryn wrote on Instagram Story on Wednesday, October 13. “Unfortunately ‘someone’ released a false narrative to TMZ painting me out to be somebody that I am not, accusing me of things that did not happen and that I did not do.”

Camaryn went on to explain, “With that being said I took matters into my own hands and posted the TRUTH with proof tagging tmz AFTER they released the fake news.” She added, “Looking back now, I’m proud of myself for making a statement and standing up for myself. I’m glad to raise awareness to women who may be going through this and hopefully motivate others to stand uf for themselves.

Sharing a follow-up post, 22-year-old beauty thanked her Instagram followers for their “outstanding amount of support.” She then gushed, “So many of you has helped me so much. I see you guys and I thank you guys.”

The alleged altercation between Camaryn and Tyga took place on early Monday, October 11. TMZ reported that she showed up at the MC’s California mansion “screaming in the middle of the night” before things turned physical.

The social media influencer, however, already denied the report from TMZ. “I didn’t show up ‘screaming’ or uninvited,” she wrote alongside while sharing a text message exchange between her and an unnamed man that suggested Tyga had sent a car to pick her up and transport her to his house. “When I tried to leave he physically assaulted (me) and refused to let me leave for hours.”

The fight led to Tyga’s arrest. He voluntarily turned himself in to Los Angeles Police Department on the next day but he’s released from jail just hours later after posting a $50,000 bail.