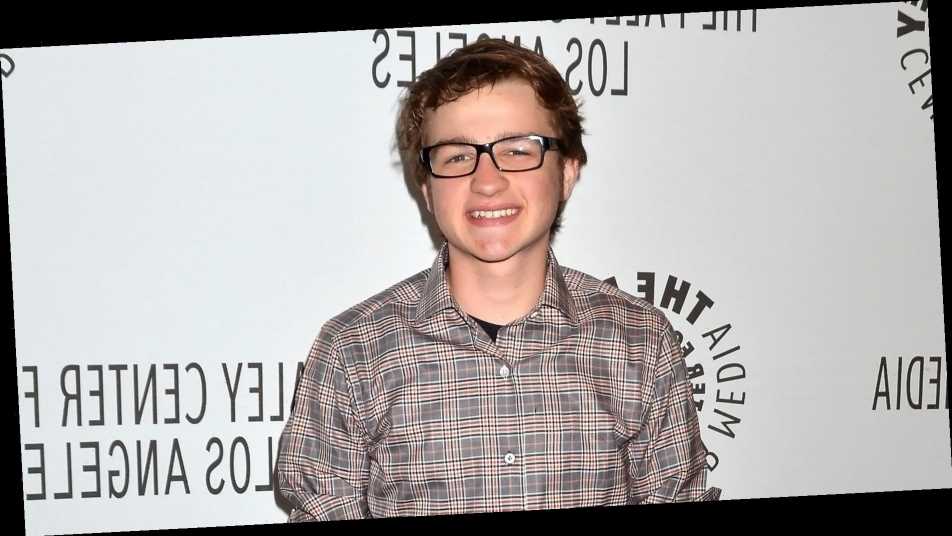 A rare sight! Angus T. Jones was seen stepping out in Los Angeles for the first time in years — and he sported a totally new look.

‘Two and a Half Men’ Cast: Where Are They Now?

The Two and a Half Men alum, 27, has largely removed himself from the public eye since exiting the CBS sitcom after 10 seasons. On Tuesday, October 27, Jones was spotted outside of his L.A. home as firefighters responded to an emergency nearby. Photos obtained by the Daily Mail show the former child star shielding his face with sunglasses as he watched the incident from afar. With a shaggy beard and long hair, Jones was nearly unrecognizable.

From 2003 to 2013, the Texas native played Jake Harper in the long-running family comedy, which also starred Charlie Sheen and Jon Cryer. In November 2012, Jones reveled in an interview that he had recently converted to Christianity and slammed the series as “filth that contradicts his moral values.”

After making headlines for his dramatic statement, Jones apologized, telling TMZ that he “never intended” to imply “a lack of appreciation of the extraordinary opportunity of which I have been blessed.” He made his official exit from Two and a Half Men at the end of the 10th season in 2013. His character was briefly mentioned in the remaining two seasons, and Jones eventually returned to the set for the February 2015 series finale.

When Jones first spoke out against Two and a Half Men, Sheen, 55, joked in an interview with E! News that the CBS show was “cursed.” His character, Charlie Harper, died in season 9 after the longtime leading man was fired for taking aim at cocreator Chuck Lorre. Ashton Kutcher joined the show in Sheen’s place during the ninth season. Despite his rocky history with the series, Sheen told Us Weekly exclusively that he’s more than ready for a reunion.

“I would do it today,” he revealed in February 2019, adding that he hasn’t “been in touch with anybody” from the series. “It’d be cool to finish the saga on a different note. It would be nice to have some closure there and just finish the story as it should have been told.”

As for where he stood with Lorre, 68, the New York native said at the time, “I sent a letter to Chuck saying, ‘Hey, congrats on all the stuff you’re doing. I’m doing great and here’s my number.’ … There’s goodwill out there.”