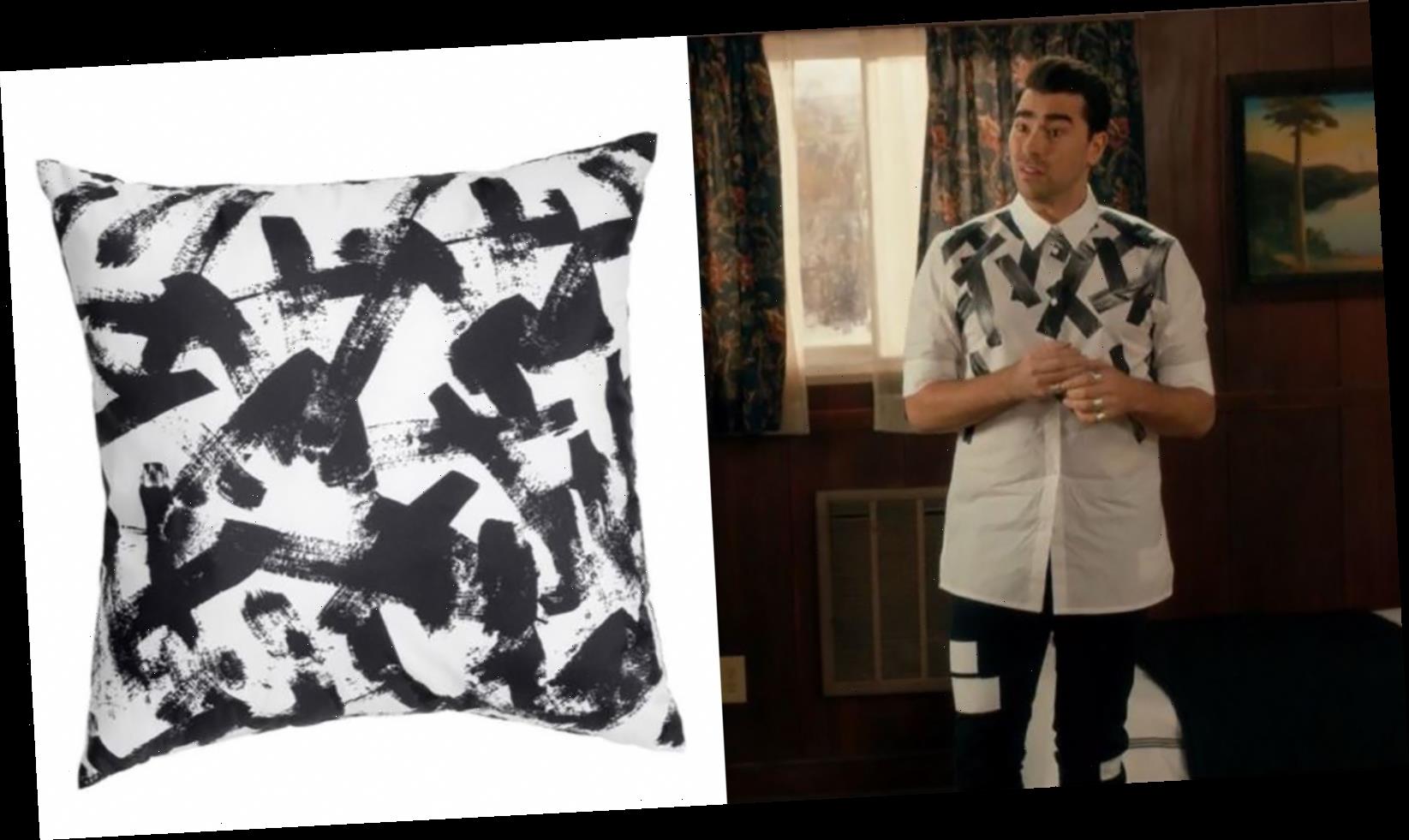 A few days into the new year and the Twittersphere brought an awesome thread on fashion, Schitt’s Creek, and IKEA. So awesome that Schitt’s Creek star Dan Levy had this to say about it, “Wow.”

Twitter user Laura Turner (@laura898) posted a thread captioned, “David Rose sweaters and shirts as IKEA products, a thread,” to which she then proceeded to post several side-by-sides of David Rose and his fashionable self next to IKEA products that amazingly and hilariously resemble his style. A pillow, a window treatment, oven mitts, a hamper, napkins. Indeed, looking at these items, any Schitt’s Creek fan would come to conclude that IKEA designers must be themselves fans of the beloved series.

It’s unsurprising that Laura herself would pick up on these similarities though, while casually browsing the IKEA site instead of flipping through the catalog, as she appears to be a Schitt’s Creek devotee. Her bio reads, “Primarily Schitts/Dan content. Aesthetic anarchist. Dan Levy once told me he’s So Happy For Me.”

David Rose and IKEA seem to be kinda opposites though?

While Laura’s Twitter thread is undeniable: David Rose’s style and IKEA’s products are terribly alike, it’s also interesting to think of the high-end fashion of David being compared to the stylish yet affordable IKEA. This said, IKEA’s products are also known for being of quality, and that’s certainly a term that describes David’s wardrobe.

As fans know, Schitt’s Creek tells the story of a wealthy family that loses its fortune and must relocate to tiny Schitt’s Creek and live in a motel (as per Vanity Fair). One of the only things they can hang on to of their lives before is their clothes, and characters Moira and David Rose are the most fashionable of the lot.

In speaking with Women’s Wear Daily, Dan Levy had a bit more to say than the albeit short-but-awesome “Wow” he sent Laura, when talking about the clothes of Schitt’s Creek and how important it was to the storytelling. “We as people say so much about who we are and what we believe in and what we want and what we think of ourselves by the way that we dress,” he told the outlet. “To me, wardrobe was like a huge focus, making sure that we thought through each of our characters and making sure the details were there.” Ah yes, the details. Just like an IKEA inspiration room.