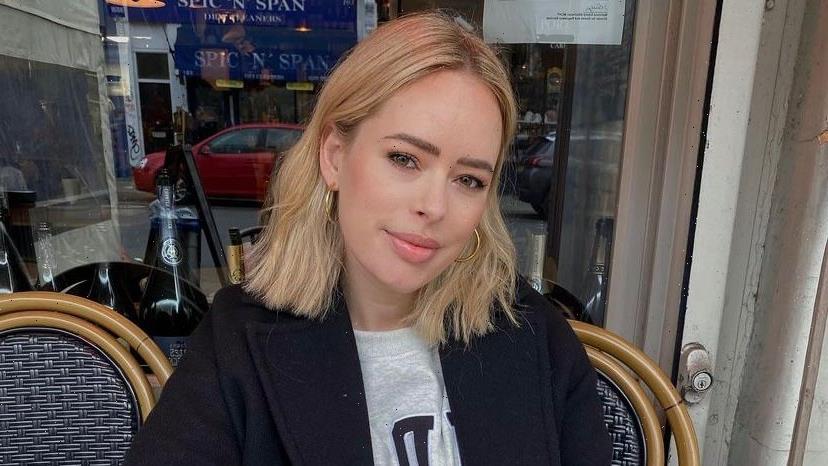 The 33-year-old actress and YouTube star takes to her social media platform to share the exciting news that she is expecting her baby No. 1 with her mystery partner.

AceShowbiz –Tanya Burr is having a bun in the oven. The YouTube star, who has also appeared in the likes of 2021 movie “Twist“, took to social media to announce that she is pregnant with her first child.

The 33-year-old YouTuber revealed she and her mystery partner are expecting a baby together. She and her man cradled her baby bump in a touching black-and-white Instagram photo, and she wrote, “We love you so much already little [peanut].”

Tanya hasn’t revealed the father’s identity as she previously promised to keep his name a secret after feeling like she “overshared” during her rise to fame.

Last year, the vlogger, who has shared glimpses of him on social media without revealing his face or name, said, “I’m very loved up. It’s very exciting.” Explaining her decision to keep things “private,” she added, “I overshared at the beginning [of my online career] without realizing the effect it would have, so I really reined it in. I’ve been quite private for a few years now and my audience are used to it, so they don’t expect anything any more.”

In 2019, she split from ex-husband and fellow YouTuber Jim Chapman after 13 years together, having made their name with joint videos. The following year, she opened up on their divorce and insisted while going through a breakup so publicly that it was “hard and horrible,” she and Jim remain close friends.

“I’ve been there, where I’ve seen someone saying, ‘Ooh, have you heard so-and-so and so-and-so have split?’ and then thought, ‘Let me look that up,’ it’s what people do,” she said. “I’m not angry with anyone. People are just being people. It’s hard and horrible. I’ll never google myself again.”

“All that matters is what Jim and I think, it’s boring, he’s still my best friend,” Tanya shared. “We’ve been best friends for 12 years, people will want some drama from it. We’re always going to be in each other’s lives, hopefully.”