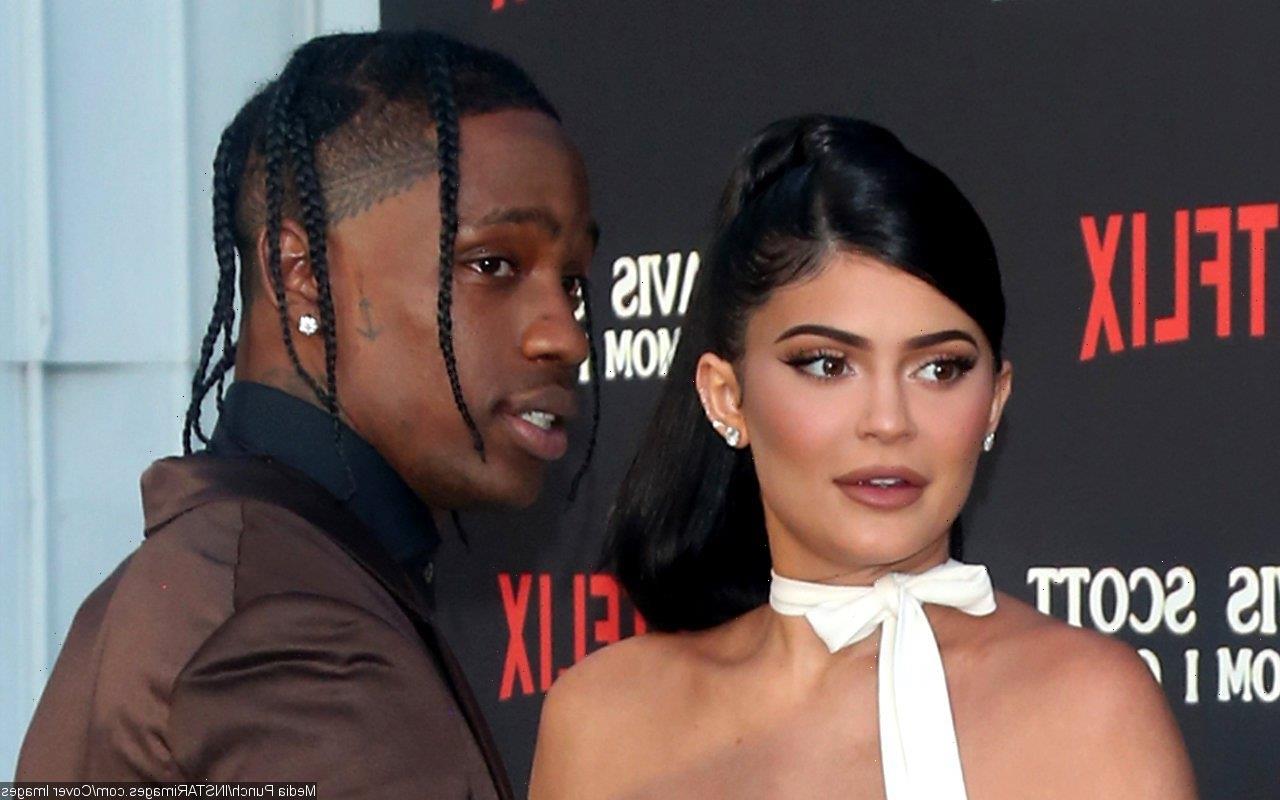 The ‘Astroworld’ artist is seen at an airport in Los Angeles with a somber look on his face amid reports he and ‘The Kardashians’ star called it quits again.

On Sunday afternoon, January 8, the 31-year-old emcee was photographed stepping off a private plane at an airport in Los Angeles. The newly-single rapper took his bags to a waiting SUV with a somber look on his face.

In photos surfacing online, Travis was seen wearing a black jacket with fleece lining over a dark gray sweater and black pants with vertical buttons. His return to South California came one day after he and “The Kardashians” star grabbed headlines for their alleged split.

One source confirmed to Us Weekly, “Kylie and Travis are off again, they were supposed to spend the holidays together, but she went to Aspen to be with her family and friends up there.” The source added, “This has happened so many times before, they’re known to be on again off again, but always remain friends and great coparents.”

Speculations that Travis and Kylie broke up emerged recently. Fans noticed that they were last seen together last November when they enjoyed a date night in Malibu. It was also noted that while they were celebrating Thanksgiving together, the pair decided to spend the New Year holiday separately.

When ringing in 2023, Kylie joined Kendall Jenner and her celeb besties, including Hailey Bieber (Hailey Baldwin) and her husband Justin Bieber in Aspen. Travis was notably nowhere in sight, though the Kylie Cosmetics founder brought along her mini-me, Stormi Webster, on the snowy retreat.

Doubling down on the speculations, Media Take Out reported that Travis has been calling himself “single.” A source allegedly close to the “Astroworld” artist revealed, “It’s different, because he’s never called himself single before.”

Travis and Kylie first got together in April 2017 following her breakup with Tyga. They went on to welcome their first child, Stormi Webster, the following February, so their relationship got off to a serious start. The two first split in the fall of 2019 but eventually reconciled quietly.

They had their second child, a son, in February last year. When the baby was first born, Travis and Kylie gave him the name Wolf Webster, but they eventually changed their minds. However, as of September last year, they had not changed the toddler’s name on his birth certificate, according to Kylie. It’s unclear if they’ve legally made the change or not in the months since that interview.