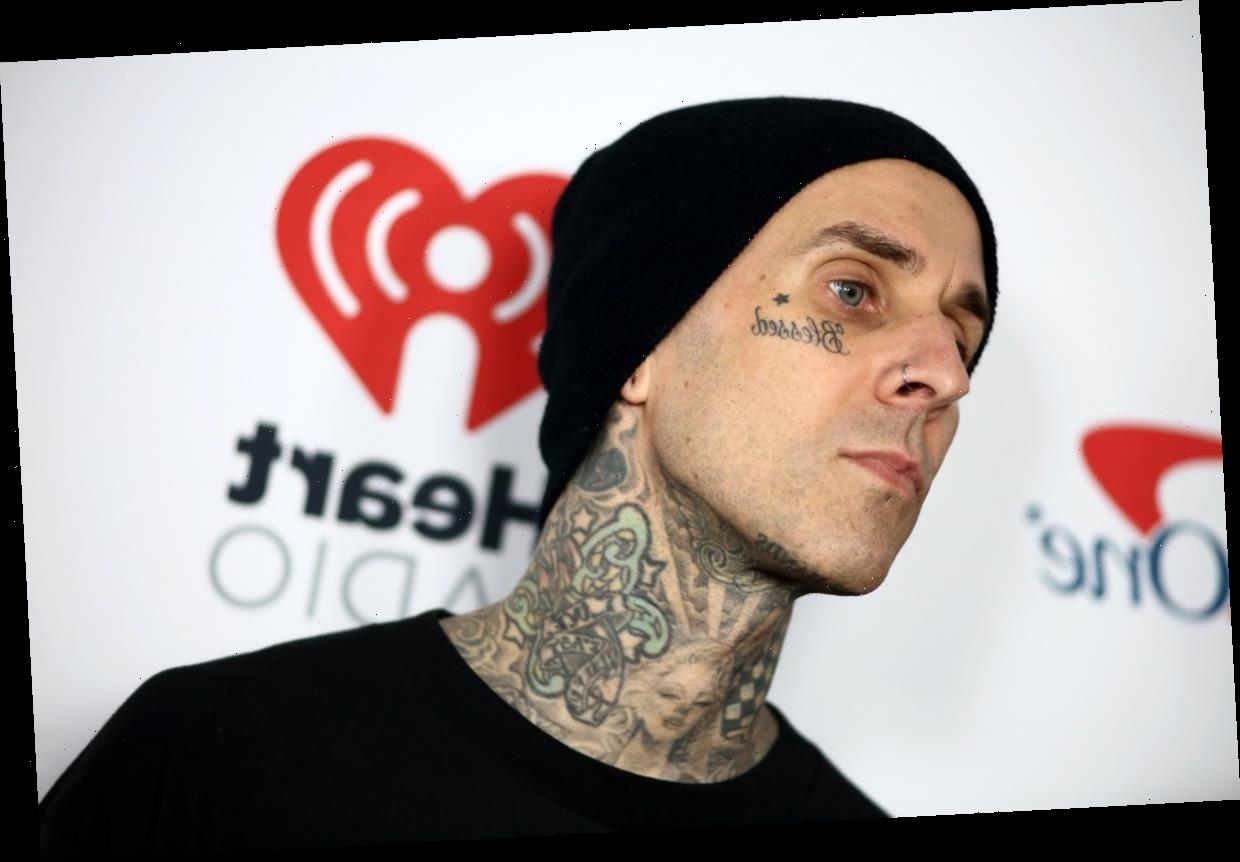 Travis Barker has come a long way since his first marriage to Melissa Kennedy ended in divorce. He’s now dating Kourtney Kardashian, who is one of the most famous reality TV stars in the game, in addition to being the drummer’s long-time Calabasas neighbor. Once the duo confirmed they were dating, Travis Barker’s relationship history quickly became of sudden interest to fans, and as a rock star, he’s romanced his fair share of ladies along the way. But now it seems Barker has settled down and is currently spending most of his free time with Kardashian.

"She feels very fortunate. She loves spending time with Travis," a source reportedly claimed to People in February 2021, adding, "Kourtney is very happy with Travis." The Blink-182 drummer has also met Kardashian’s family, and he even made a few appearances on past episodes of Keeping Up With the Kardashians. If anything, being neighbors for years has really helped him get to know her better. "Her family and friends all really like him," the source for People reportedly added. "Their kids all get along, too."

Now that Barker and Kardashian are together, it seems like the perfect time to take a look back at his eclectic dating history.

Melissa Kennedy is Barker’s first wife, though little is known about their short-lived romance. The couple tied the knot in September 2001 and ended up divorcing less than a year later in August 2002. She previously appeared in the 1999 documentary Blink 182: The Urethra Chronicles and the band’s 2002 documentary, Blink 182: The Urethra Chronicles II: Harder, Faster. Faster, Harder.

Since their divorce, Kennedy has mostly kept a low profile, though in 2017, she released a book, The Innovation Revolution: Discover the Genius Hiding in Plain Sight. 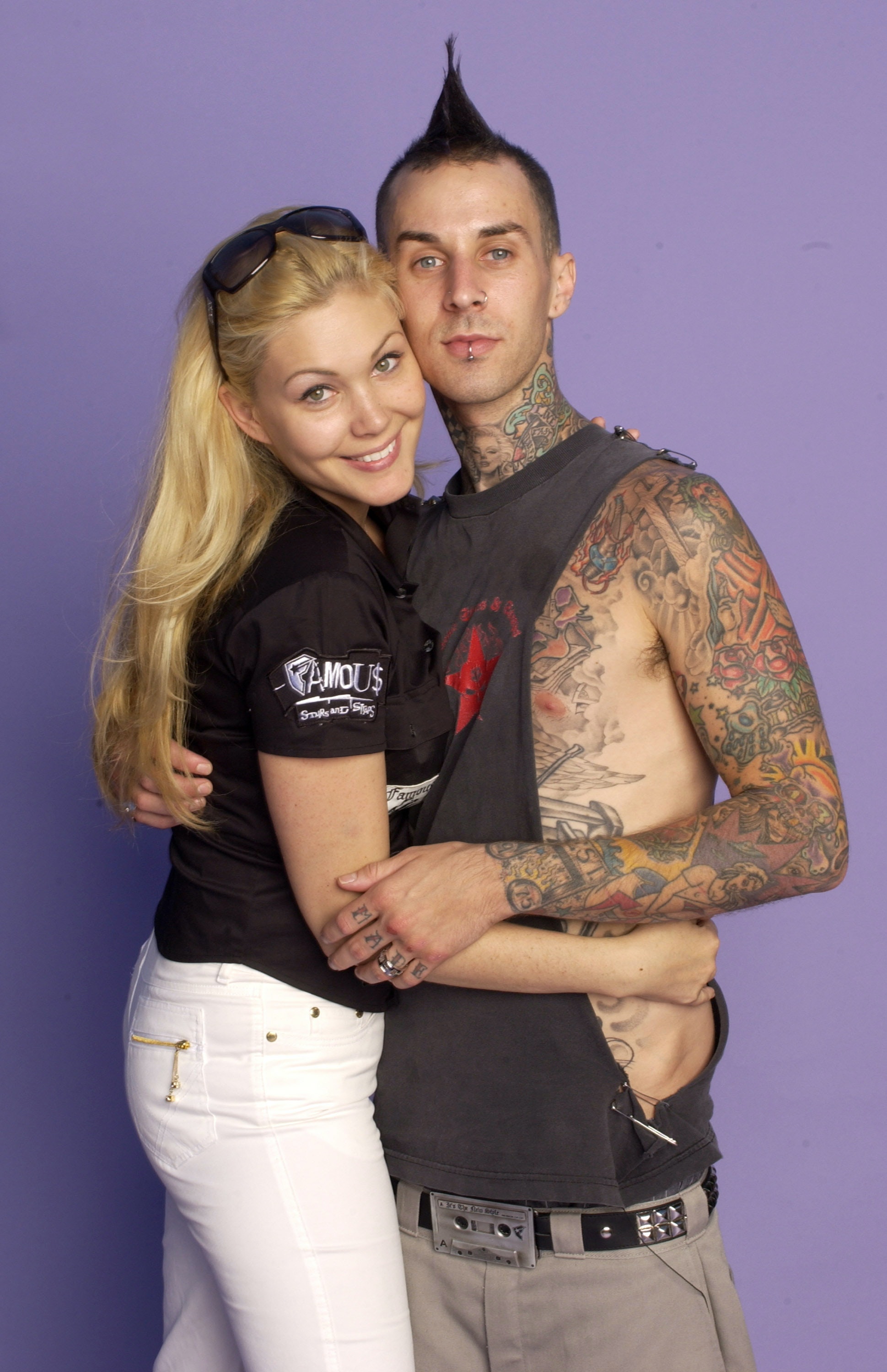 Barker first met model Shanna Moakler in summer 2002, and just about a year later, they welcomed their son, Landon, into the world. In October 2004, the two tied the knot in a gothic wedding in Santa Barbara, California, and the duo later had a daughter, Alabama, on Christmas Eve in 2005. During that time, they started filming their MTV reality TV show, Meet the Barkers, but no matter how happy they looked on-camera, there was apparently a lot of drama going on behind the scenes.

Barker and Moakler have reportedly accused one another of infidelity, and after separating in 2006 and reconciling in 2007, the two finally ended up getting a divorce in 2008. "[Their] relationship was always dysfunctional," a source for People reportedly claimed following the divorce news. "They were always love and hate. It was volatile. He’s a rock star, and she likes to go out. They both love and fight hard."

Though some fans think Moakler shaded Barker’s new relationship with Kardashian, she claimed she’s happy for her ex-husband. As she told a reporter outside of Los Angeles International Airport on Feb. 19, per Page Six, "He’s my friend and co-parent, and I want him to be happy, and if being with her makes him happy, and she’s happy, I’m happy for both of them, honestly. He can handle that Kardashian drama." While Barker and Moakler were separated in 2006, he reportedly started dating Paris Hilton. According to Radar Online, Barker wrote about his romance with Hilton in his 2015 autobiography, Can I Say. "For a few weeks, we did everything together," he wrote.

The musician even told Us Weekly in October 2015 that he "enjoyed hanging out with Paris." However, their relationship didn’t last long. In his memoir, Barker claimed he ended things with Hilton because the "sexual chemistry was never good" and he was "having more fun with Tara [Conner.]" 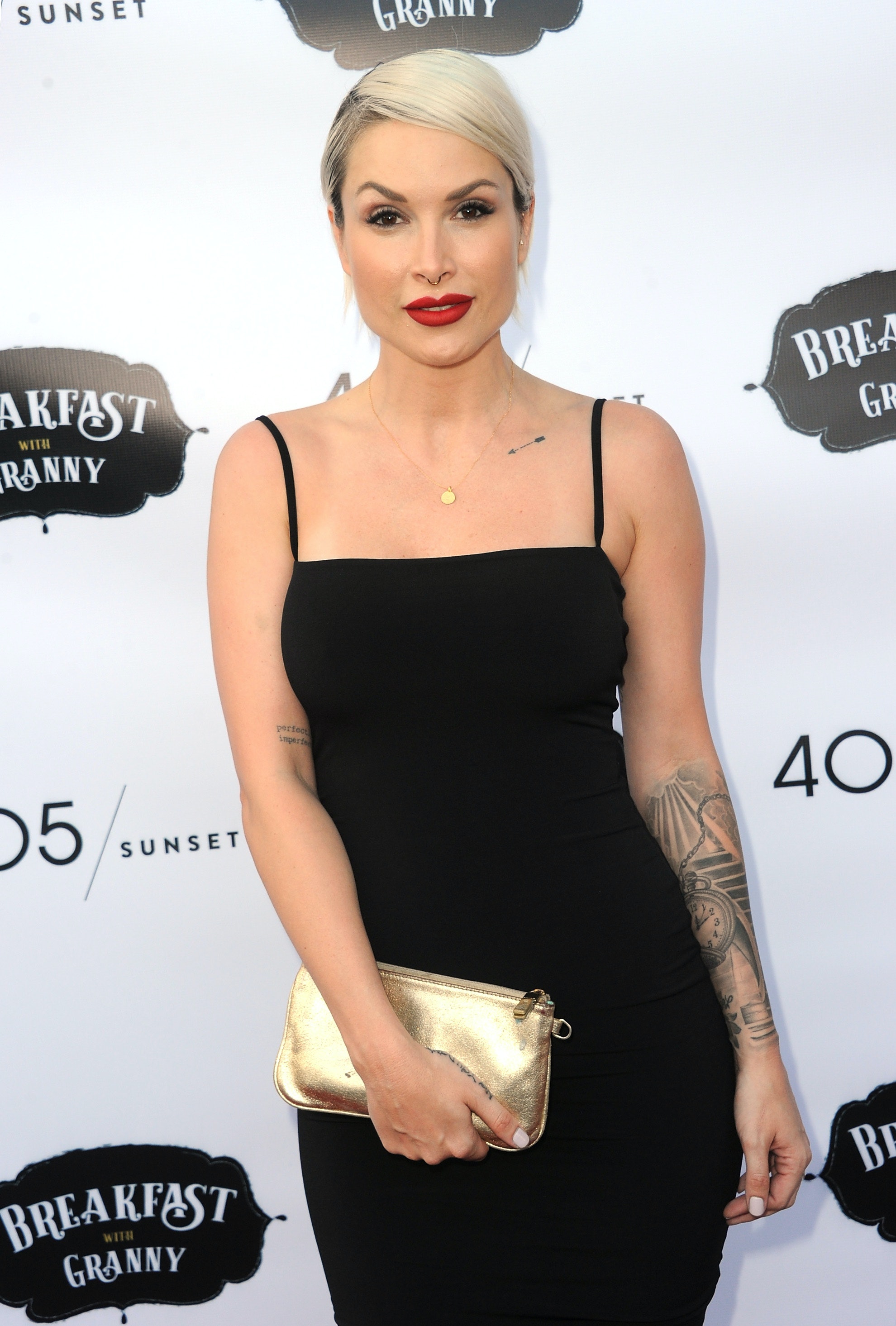 After romancing Paris, Barker hooked up with former Miss USA winner Tana Conner. In December 2006, a source reportedly told the New York Post "she slept with" the drummer, and Barker later confirmed the rumors in his memoir, Can I Say, claiming that "sex with Tara was through the roof." Little else is known about their short-lived romance. In May 2015, Barker was reportedly spotted having dinner with UFC ring girl Arianny Celeste at Chateau Marmont in West Hollywood, California. At the time, a source for People reportedly claimed they’d already been dating "for a couple of weeks" by that point. Another insider close to the couple also reportedly told the magazine the duo "met at one of his shows and have been hanging out ever since."

“They are crazy about each other," the insider reportedly added. "[They’ve been] having tons of fun." However, little else was heard about the reported relationship after that, and rumors fizzled out. 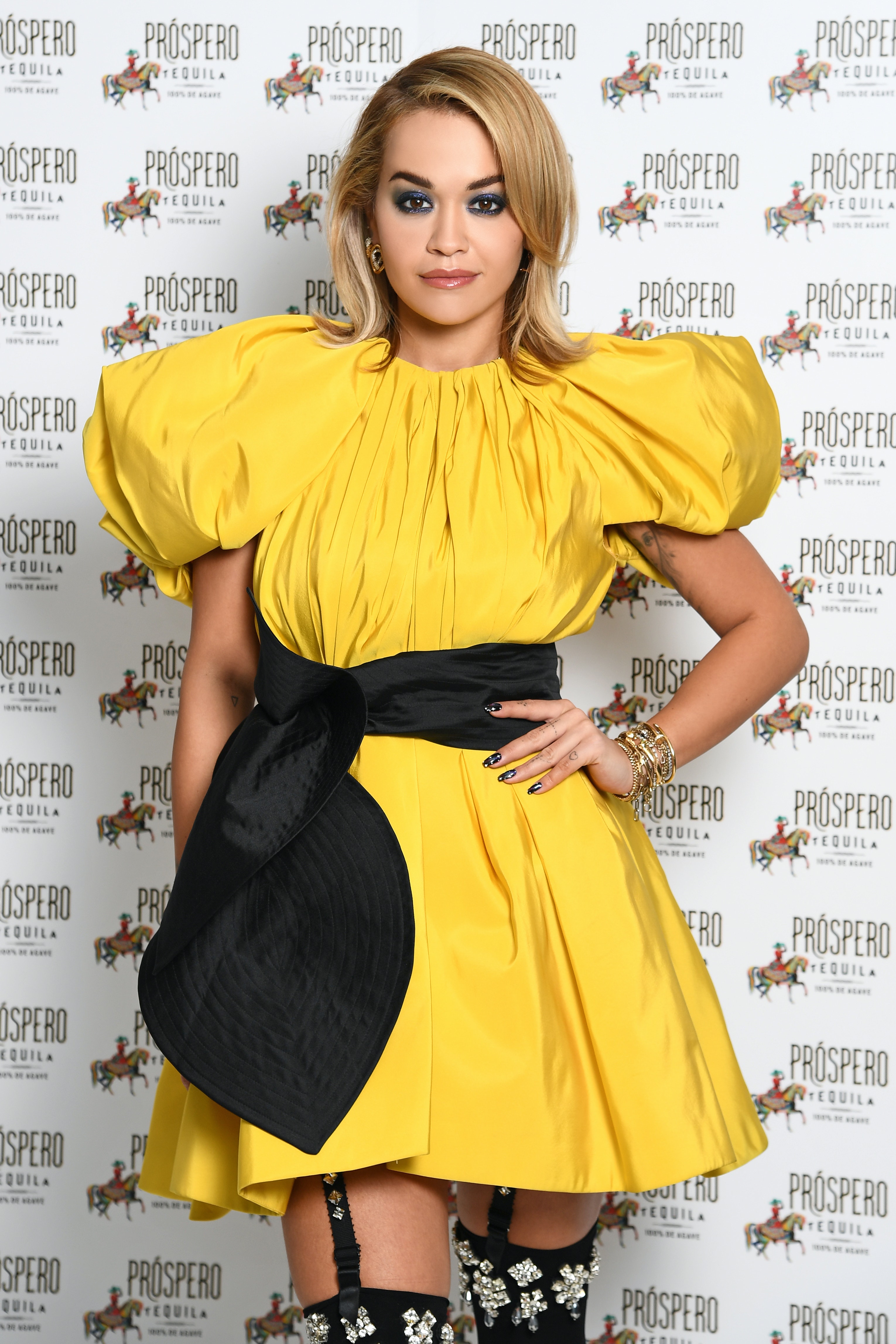 In September 2015, Barker reportedly met Rita Ora at the Power 106 All Stars Game and the two hit it off. "Rita sought him out and gave him her info," a source for Us Weekly reportedly claimed at the time. "They have been together every day since." However, the two reportedly ended up going their separate ways after less than a month together, according to the Daily Mail. 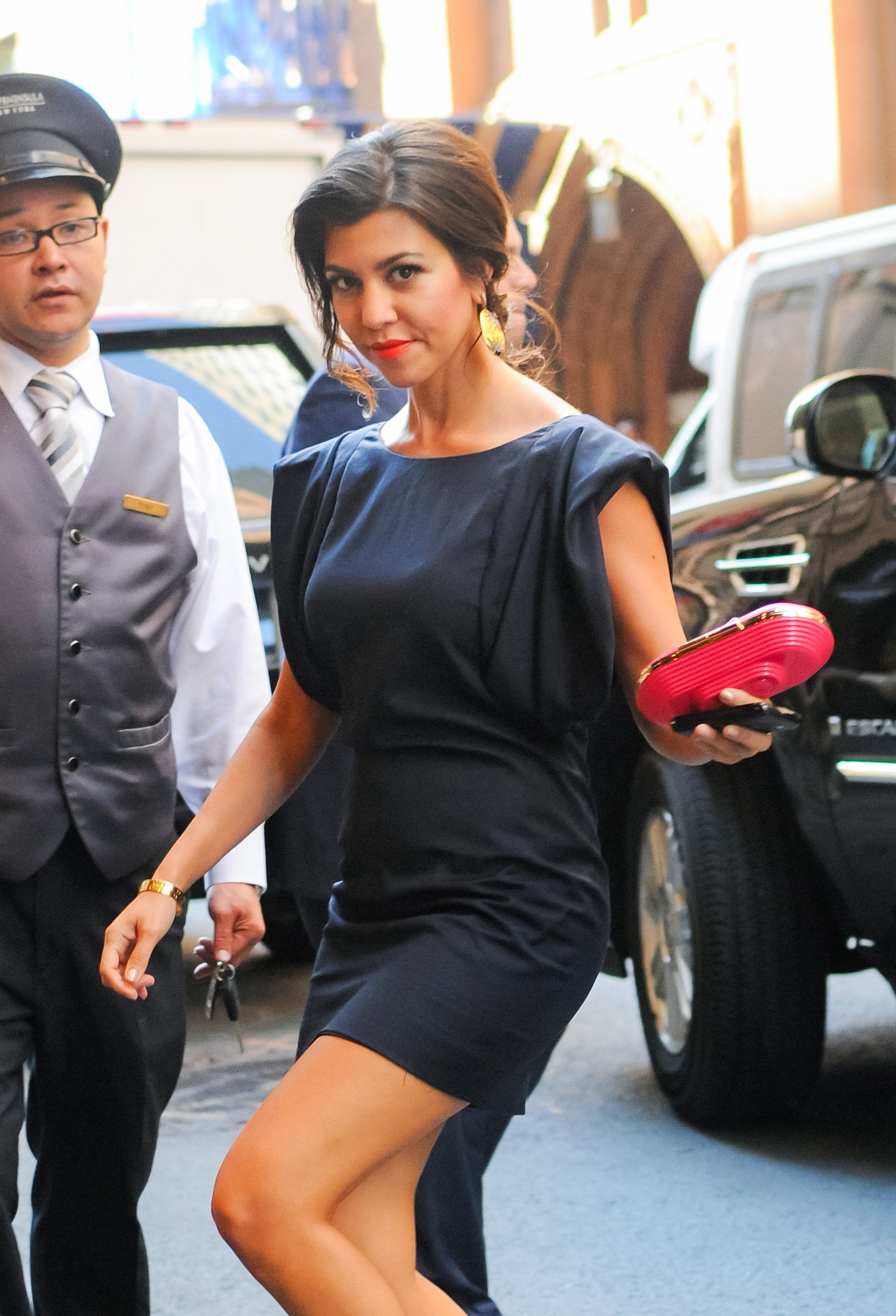 Barker and Kourtney Kardashian are the newest Hollywood It couple. Dating rumors first starting circulating back in March 2019, but Barker denied them when he told People, "Kourtney’s like a dear friend. That’s it." Romance rumors ramped up again in late January 2021 when they posted matching Instagram Stories featuring the view from Kris Jenner’s Palm Springs home. "They’re in Palm Springs together. They’ve been dating for about a month or two," a source reportedly confirmed to People soon after the Stories were posted. "They’ve been friends for a long time but it’s turned romantic."

Soon after, Barker and Kardashian became Instagram official when the reality TV star shared a pic of her holding hands with Barker, confirming their romance. Aww.

Barker and Kardashian may be the couple that no one ever saw coming, but I can’t wait to see what happens next for them.