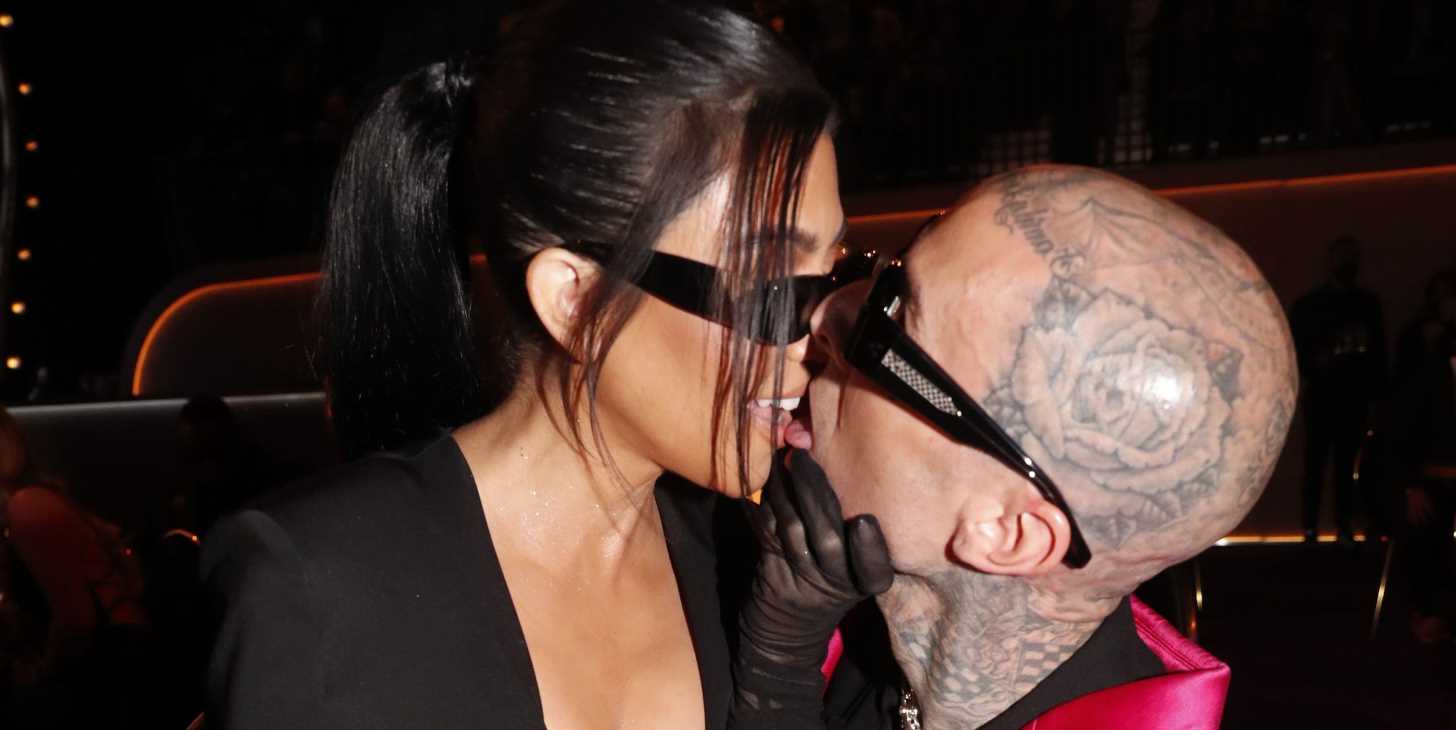 Apparently society at large is so used to Kourtney Kardashian and Travis Barker making out at every available opportunity, that a solo photo of Travis on his own grid was just too much for one random person, who felt the need to comment this:

Gonna assume this person had no idea that Travis would see / reply to this comment, but he definitely did / did. Ahem: “Still got the finger up the ass, and my intestines, were totally nude and full pda with my fiancée.”

Anyway, while we’re here please note that Travis called Kourtney his fiancée not wife. That would be because their recent post-Grammys wedding in Las Vegas wasn’t exactly official due to all the wedding license places being closed at 2 am (when they showed up at the chapel to get married by an Elvis impersonator).

Kourtney went ahead and explained this to Jimmy Kimmel after he accused her of being “fake married,” saying “Well, it’s not called fake married. There was no, like, possibility to get a marriage license at that hour…I’m like, ‘Are you guys lying?’ We asked like five times, what do we have to do to make this happen. It was 2 am and they were like, ‘It opens at 8 o’clock.'” She then added that she and Travis wanted to get married for real, but “We just did it anyway, it’s what’s in the heart.”

And by the way, Travis and Kourtney have several other ceremonies in the works, so it’s only a matter of time before they are officially official.