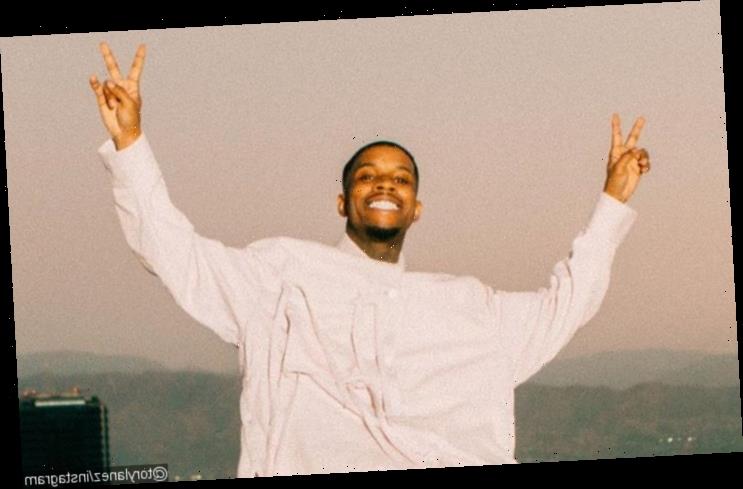 Someone who claimed to be the Canadian musician’s ex accused him of being abusive towards her during their romance, saying, ‘Never in my life have i felt so scared.’

AceShowbiz –Tory Lanez made headlines on Tuesday, October 20 after he insisted his innocence in the infamous shooting scandal involving him and Megan Thee Stallion. Now, his past domestic violence case has resurfaced after he said during the stream that he never hit women in his life before.

However, soon after the stream ended, some people decided to dig up his past and found an article where someone who claimed to be his ex accused him of being abusive back when they were dating. “I’ve been dealing with a physical, verbal and emotional abuse for the past 9 months from someone most of you look up to and even idolize: Tory Lanez,” she wrote, adding that she decided to keep silent about this to protect him. “I’ve done nothing to this man but showed him genuine love and support, even when he constantly humiliated and embarrassed me in public.”

She continued, “I never once disrespected him until today when he pulled up at my house uninvited (second day in a row). I have moved on and he has refused to accept it: ‘If i can’t have you no other n***a can’ and at this point i feel my life is at risk. Never in my life have i felt so scared.” The unidentified woman also provided several screenshots of their text messages that found him constantly calling her phone and questioning her whereabouts and who she is with, her trip to Jamaica and more.

Following the finding, people have since been using the article to use it against him, but he has since denied the accusation. “Lmao…. On my dead mother and on my child, I have never met, seen , spoke to , or KNOW this person,” so he wrote.