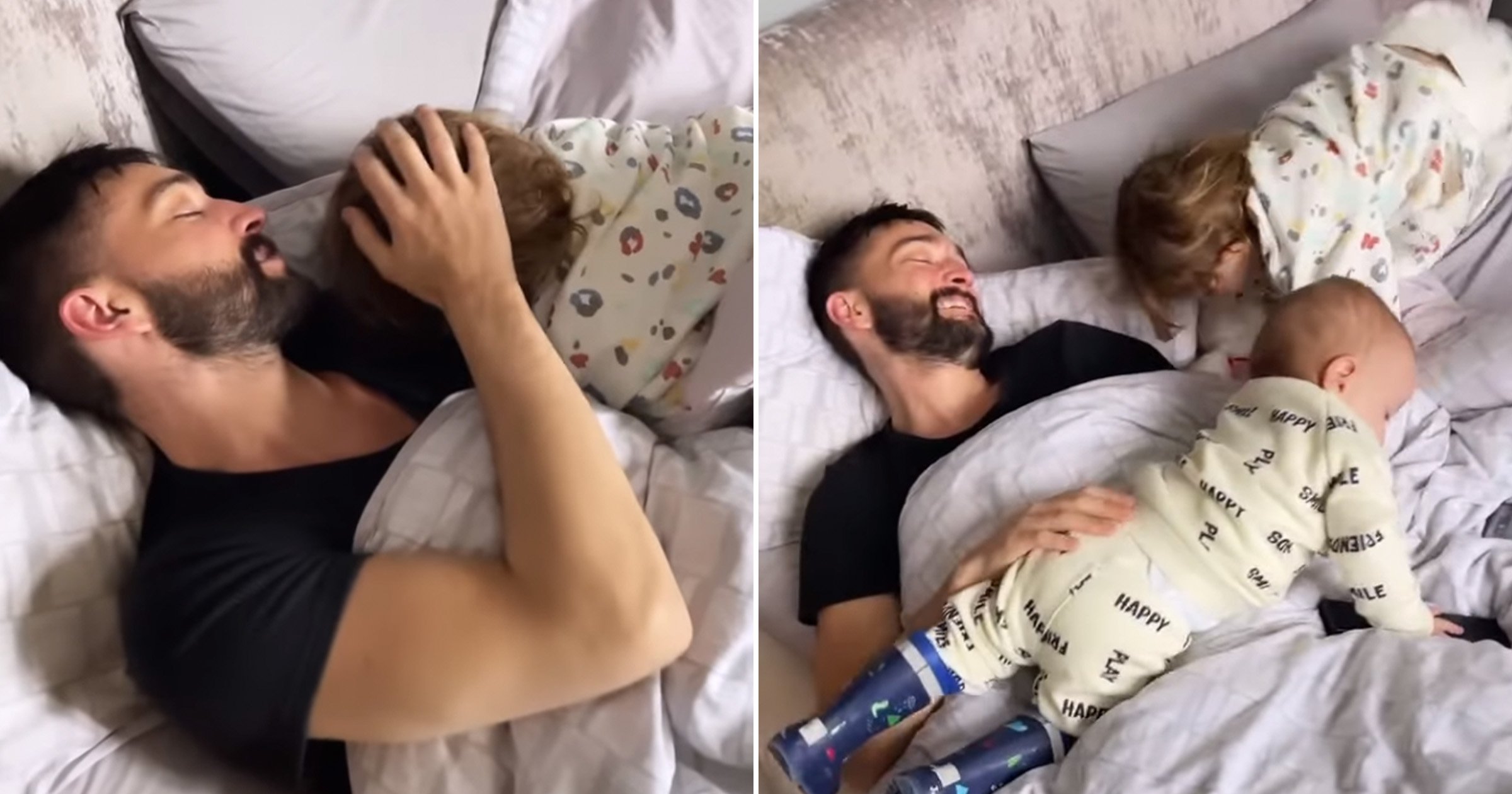 Tom Parker’s widow Kelsey Parker has revealed how she has been ‘honest’ with their children about his death.

The Wanted singer died in March at the age of 33 after fighting an inoperable brain tumour for more than a year.

His funeral took place in April with his loved ones, including Kelsey and members of The Wanted, in attendance to pay tribute to the beloved singer.

As well as Kelsey, Parker is also survived by their two children; Aurelia, two, and Bodhi, one.

Despite their young age, Kelsey has been determined not to sugar-coat the heartbreaking situation and the fact their father is no longer around.

Opening up about her devastating ordeal for the first time, the mum-of-two explained that Aurelia was ‘confused’ when Parker was taken to the hospice where he later died.

‘On the Wednesday when I knew I was going in to see Tom I said to her, “I want to make sure that Daddy is OK and the angels come and take him”,’ she told The Sun on Sunday.

‘We’ve just been really really honest with the children because you have to be.

‘But having to tell her that her daddy had died, that was really tough.’

Kelsey described how she struggled to get her words out but felt she had to be ‘straight’ with Aurelia.

She also recalled the moment Parker died while she was by his side, after he placed his wedding ring on her finger.

The Gold Forever singer was not in any pain when he died, Kelsey said, and had the Oasis song Live Forever playing in his final moments.

Kelsey and Parker married in 2018 but had been childhood sweethearts after meeting in a club before he found fame with the pop group.

Parker had inspired the nation with his open and honest account of his cancer battle, which he was diagnosed with in 2020.

After he died, Kelsey launched a GoFundMe page in Parker’s memory and to find the ‘positive’ out of the heartbreaking situation, and it has since raised over £65,000.