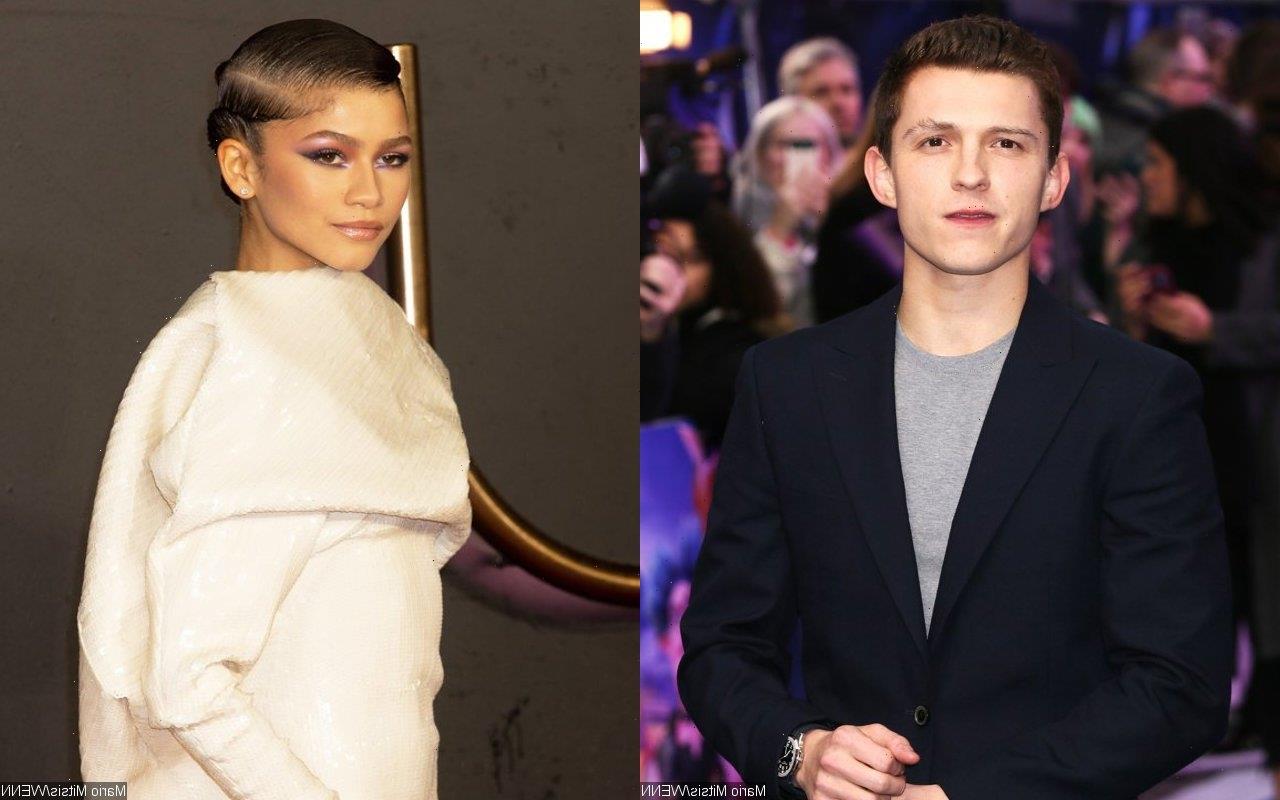 Dating speculations surrounding the ‘Spider-Man: No Way Home’ actor and the actress first re-emerged after they were caught on camera locking lips in his car in July.

AceShowbiz –Tom Holland continued to shower Zendaya Coleman with love amid their romance rumors. Ahead of “Dune” premiere, the “Spider-Man: No Way Home” leading man gave a sweet shout-out to his rumored girlfriend.

Taking to Instagram on Monday, October 18, the 25-year-old actor shared a black-and-white picture of the actress at the “Dune” premiere in London. He captioned the snap by writing, “Dune,” adding one heart-eyes emoji.

This was not the first time Tom expressed his admiration for his rumored girlfriend. On September 10, the English native gushed over her sexy look in her Instagram post.

At that time, Zendaya let out some pictures of her wearing a clingy nude Balmain gown and Bulgari jewels that hugged her body perfectly. In the accompanying message, she penned, “I know I’m late to posting these, it’s been a long week but one of the most special weeks.”

Having caught wind of Zendaya’s post, Tom was quick to react to it. Taking to the comment section, the Todd depicter in “Chaos Walking” star sent out three fire emojis.

Zendaya and Tom sparked dating speculations after filming 2017’s “Spider-Man: Homecoming“. Fast forward to July this year, the twosome was caught on camera locking lips in his car. A few days later, the alleged couple was spotted enjoying dinner together at a Thai restaurant near Universal Studios in Los Angeles.

Earlier this month, Zendaya divulged what she admires the most about her rumored beau. “There are many things, obviously, that I appreciate,” she said when speaking to InStyle. “In an actor way, I appreciate that he really loves being Spider-Man. It’s a lot of pressure — you take on the role of a superhero wherever you go. To the little kid who walks by, you are Spider-Man. I think he handled that so well.”

“And seeing him at work, even though he’s not a Virgo, he is a perfectionist,” she further claimed. “Our director allowed me to come in every day [of the shoot] and it was cool to see how he cares so much about his work and making it right.”