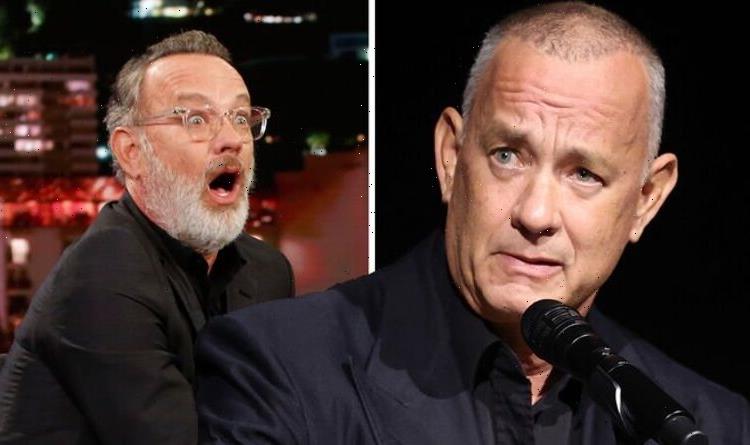 Tom Hanks, 65, has shared his apologies in a recent chat with someone he fired from one of his films. The Hollywood star admits the story was “bone-chilling” and he cannot believe he did it in a candid new chat.

Connor Ratcliff had been cast in Band of Brothers back in 2000, which Tom was directing.

However, the day before he was set to film his scenes, he was allegedly fired.

He admitted the reason behind this was because he was told Tom had seen the audition tape and had second thoughts.

This was because he looked like he had “dead eyes”, according to the actor.

Connor has since gone on to launch a new podcast called Dead Eyes, where he interviews people about why he was let go.

In the latest episode of the show, released earlier in March, Tom appeared on the podcast to speak about the incident.

During their chat, Connor shared what had happened and how he was asked to reaudition.

This involved him heading to London to perform in front of Tom and other producers again.

While waiting outside, he was then told they’d decided to go in another direction.

Reacting to the story on the podcast, Hollywood star Tom admitted “not a single moment of this rings a bell.”

Tom continued: “Now let me first take full responsibility for doing this to you.

“This was without a doubt the act of the director and that was me.

“There was something stuck in a craw or one of those very, very subtle sort of decisions that aims the story in the direction you want it to go.”

He added: “In the inner sanctum of whatever this casting session was on Band of Brothers.

During their chat, Tom also admitted he got “chilled” after he first learned the name of the podcast.

The hit podcast has featured other stars in the past, including Tom’s son Colin Hanks.

He’s also appeared in shows like Search Party, Orange is the New Black and The George Lucas Talk Show.