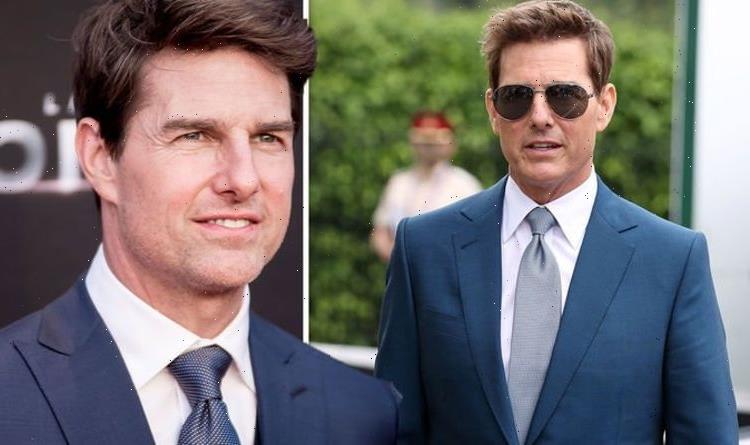 Mission Impossible star Tom Cruise was reportedly left “hopping mad” after thieves made off with thousands of pounds worth of luggage in his bodyguard’s £100,000 BMW while he was filming the seventh film in Birmingham. The Hollywood actor, 59, was left fuming after being told about the theft, according to sources.

The BMW X7 was reportedly parked at a Birmingham hotel when the robbery took place.

The thieves are believed to have used a scanner to clone the car’s keyless ignition fob ahead of making a quick getaway with the luxury vehicle.

Addressing the incident, a source told how the star’s security team had been left red-faced following the situation.

They said: “Tom had been driven around in the car while in Birmingham and some of his ­luggage and belongings were inside it when it was taken.

“It’s since been recovered by police because it was equipped with an electronic tracking device but everything inside it had gone.

“It’s a huge embarrassment for the security team and the guy who had been driving it was hopping mad — but not as mad as Tom!” they told The Sun.

The car vanished from its parking space in the early hours of Wednesday morning, but according to a police statement, it has since been found.

Issuing a statement on the theft, the police said: “We received a report of a BMW X7 stolen from Church Street, Birmingham in the early hours of Tuesday morning.

“The car was recovered a short time later in Smethwick.

“CCTV enquiries have been made in the area that the car was recovered from. Inquiries are ongoing,” they finished.

Tom has been driving the BMW around Birmingham to shoot scenes for the new action film.

However, the star has also been using a less conventional method of travel to make his way between filming locations.

Yesterday, the star took a family in Warwickshire completely by surprise after he landed his helicopter in their back garden.

Tom made the shock move as he was running late due to closures at Coventry Airport.

Consequently, Alison Webb and her family were informed that a “VIP” would need to use their lawn as a landing strip.

“It turned out to be an incredible day,” she added, before continuing: “It was surreal, I still now can’t believe it happened.”

The Hollywood A-lister showed his gratitude by posing for photos with the family, and even offered the children a ride in the helicopter while he was in a meeting.

He was recently spotted in Birmingham’s Grand Central shopping centre with co-star Hayley Atwell, before he visited an Indian restaurant called Asha’s, where he ordered Chicken Tikka Masala twice.

Mission: Impossible 7 was originally scheduled to release in November last year, but it was then delayed, because of the coronavirus pandemic, to May 2022.

Camera and production work has been taking place at the Warner Bros Studios in Hertfordshire and on location across the UK.