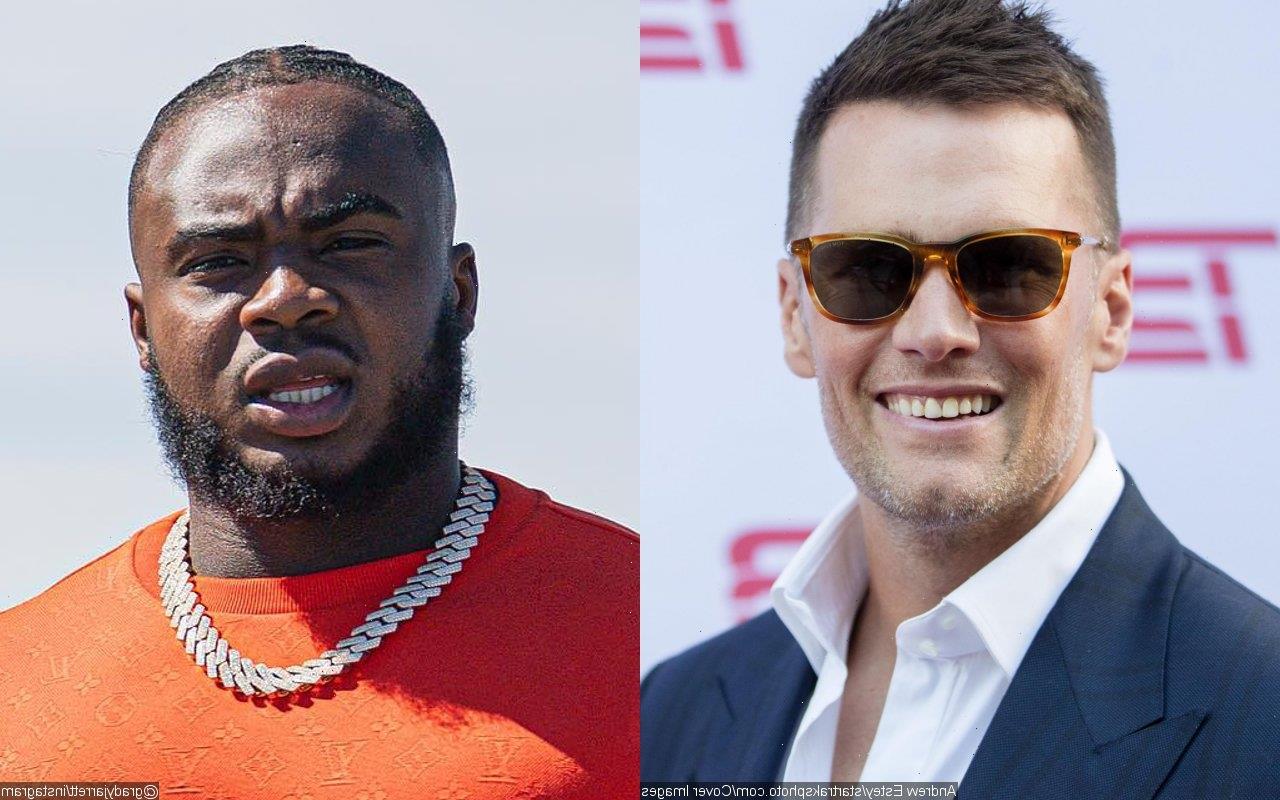 Footage of the play shows the seven-time Super Bowl champion hitting his knee into Atlanta Falcon defensive tackle’s helmet as the athletes are on the ground.

AceShowbiz –Tom Brady‘s quick response to being benched will hurt his pockets a little. The Tampa Bay Buccaneers quarterback has been hit with over $11k fine for kicking Atlanta Falcons’ Grady Jarrett.

On Friday, October 14, NFL announced via its site that the seven-time Super Bowl champion was fined $11,139 for kicking Grady during Tampa Bay Buccaneers’ 21-15 win over Atlanta Falcons on Sunday, October 9.

Footage of the play shows Tom hitting his knee into Grady’s helmet as the two were on the ground. If Tom does it again, he will be fined another $16,444.

The kick in question came on the same play as one of the week’s most controversial calls. Grady sacked Tom but was flagged for roughing the passer. The call, with about three minutes left in the fourth quarter, gave the Tampa Bay Buccaneers a new set of downs and allowed them to run out the clock to preserve the victory.

The play attracted plenty of attention due to Grady being flagged for roughing the passer, a call deemed questionable at best by most who viewed it. Tom later described the hit as “a long hug, a long unwelcome hug from Grady,” while Grady maintained he didn’t violate any rules by taking down Tom, saying “when you do it the right way, that’s what makes it so frustrating because you did follow the rules.”

“Sometimes you’ve just got to shake it off,” Tom went on to say. “I’ve lost Super Bowls because I thought they missed a call. So I don’t know, you go, ‘Alright, well, you’re going to get some and you’re going to not get some.’ You hope they don’t come up, but they come up. It’s sports.”

Kicking opponents isn’t anything new for Tom. The last time he was fined was for kicking Baltimore Ravens safety Ed Reed during the AFC Championship game following the 2012 season. That cost him $10,000.

The fine is barely a blip for Tom, who has made more than $330 million throughout his 23 seasons in the NFL.