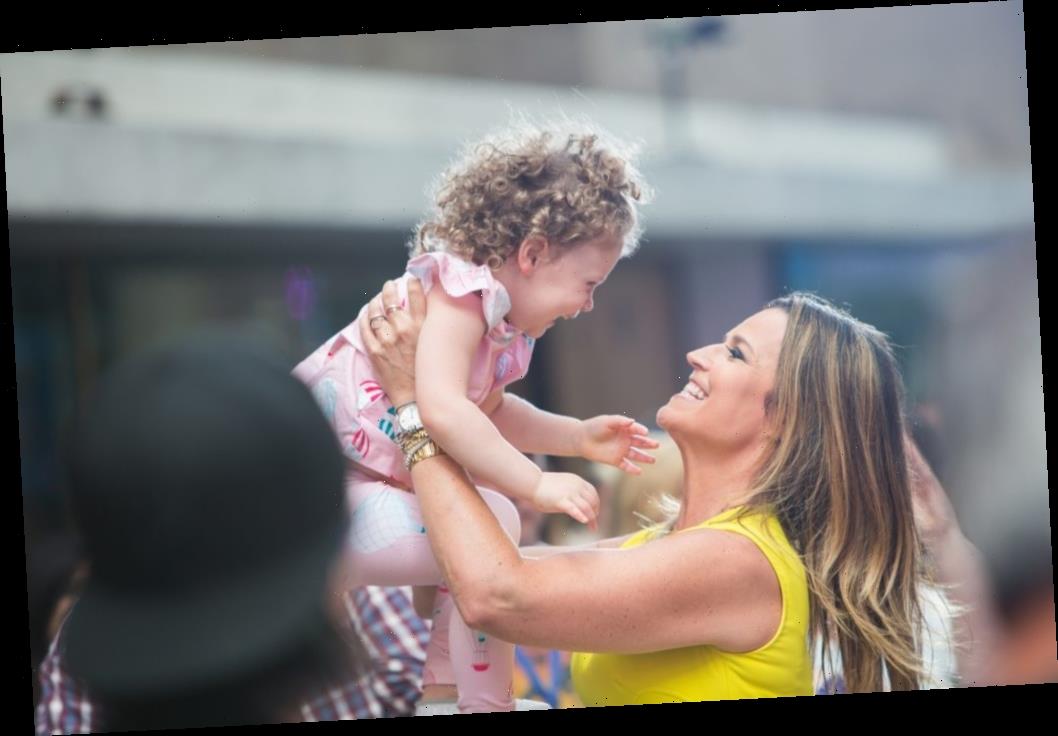 In a new interview, Today anchor Savannah Guthrie and her husband, Michael Feldman, opened up about the realities, the challenges – and the joys – of becoming parents later in life.

In an August 2020 interview with PeopleTV, the couple shared their feelings about having had children later than other parents. Guthrie was 42 when she had their first child, Vale. Feldman was 45.

Guthrie said she “always wanted to be a mom, so when we found out we were pregnant and going to get to have a baby, I don’t think there were two happier people on this planet,” she told the magazine for their ‘Beautiful’ issue. “I love being a mom in my 40s. I don’t have anything to compare it to, but I think there’s a lot to be said for being a mom a little later in life.”

Merry, bright… and in desperate need of more AA batteries ?

The morning show host alluded to what many bring up with older parents: the physical challenges of raising toddlers past 40.

“Whatever the downside is,” Guthrie described, “maybe you’re more tired or your back hurts when you lift those big, heavy babies, I think it’s more than outweighed by just the wonderful time of life it is and how grateful and blessed I feel. When you wait a long time to have kids, you really, really appreciate it because you know how lucky you are.”

Sundress and headband season for us girls ☀️ ?

Guthrie’s husband, a public relations and communications consultant, concurs wholeheartedly with his wife.

“It was always something I aspired to but never felt like I was ready for,” he said. “Then when we finally decided to do this together, it felt like it was the right time. And everything happens in its time.”

In 2014, Feldman wrote for Today.com a tenderhearted letter for the couple’s newborn daughter Vale. “You already have [your mother’s] beautiful blue eyes, a great albeit toothless smile, and an infectious laugh. But I hope you also get her kind heart, keen wit, analytical mind, strong morals and the kind of joy for life and people that makes you someone that people really want to be around.”

Guthrie had their son, Charley, through in vitro fertilization (IVF)

The anchor revealed to Health in 2019 that while daughter Vale was what she called a “miracle,” the couple needed a bit more help conceiving son Charley.

“I knew it was the winning lottery ticket to have one child—I was 42 when I had her. So I never dreamed that I would have two. But with Charley, I did do IVF. So I would say Vale was a miracle, and Charley was a medical miracle.”

Part of the couple’s motivation in trying IVF for another baby was to provide their daughter with a sibling.

“When making that decision about whether to go through IVF,” she revealed, “my husband and I talked about it a lot…I knew I would love for Vale to have a sibling—especially because we are older, it was important to me for her to have a sibling, somebody to do life with.”