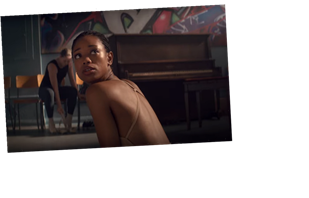 The high-stress world of ballet has given audiences a ton of thrilling movies and TV shows, but Netflix’s latest offering is taking the drama a step further with a twisted mystery. The first trailer for Netflix’s Tiny Pretty Things will have viewers on the edge of their seats as a young ballerina finds herself embroiled in a shady conspiracy. So buckle up for a wild ride, because Tiny Little Things will dance onto Netflix very soon.

The upcoming series is adapted from the 2016 novel of the same name by Sona Charaipotra, which combined the psychological thriller genre and highly competitive ballet world of Black Swan with the twist-filled gossip and backstabbing of Pretty Little Liars. The show will bring the book’s elite ballet school to life, charting the complicated relationships between the talented dancers who share a sense of community but don’t hesitate to go to extreme and dangerous lengths to achieve their dreams.