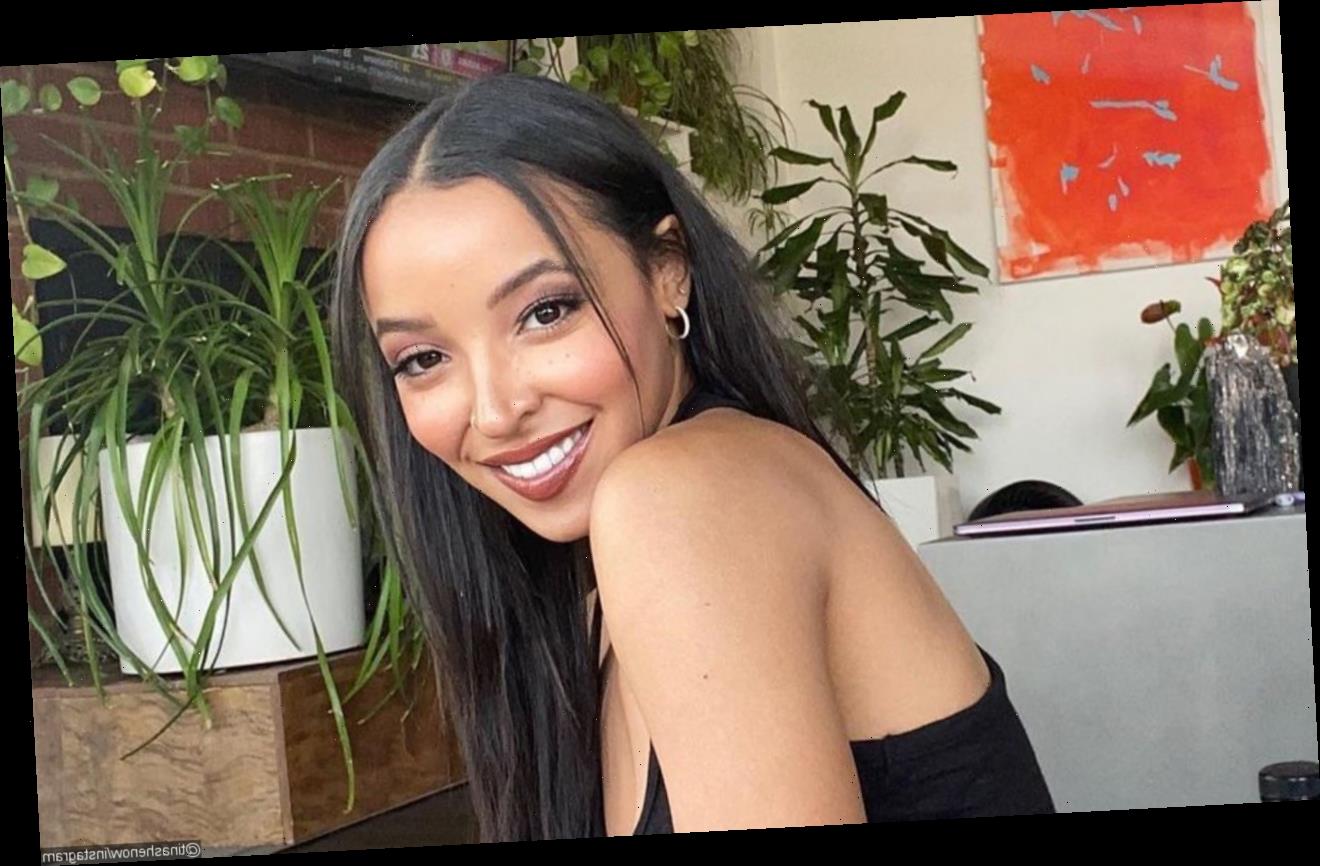 People take to Twitter to express their excitement after a number of artistic images of the ‘2 On’ singer in various states of being undressed surface online.

AceShowbiz –Tinashe may not be releasing a new album anytime soon, but her fans nonetheless feel blessed after her explicit pictures landed online. Featuring the 27-year-old singer/actress in various states of being undressed, the pictures are still artistic in nature.

One image features a naked silhouette of the “2 On” hitmaker. A second image has her wearing a strange-looking bikini that barely covers her skin. Another shot has her topless while capturing her from her back, giving a look at her bare bottom.

Tinashe exposes her nipple in two other blurry images which feature her wearing the same tiny bikini, only it’s not properly donned to cover her modesty this time. Another shows her wearing an unzipped black jacket while lying on a couch with her legs spread.

All the images were reportedly taken during a photo shoot with noted photographer Diego Villarreal.

After the NSFW pictures went viral, Tinashe’s fans have taken to Twitter to share their reactions and they clearly loved them. “Tinashe dropped nudes on my birthday?! God must really love me,” one person wrote on the blue-bird app. “Blessed by tinashe tits,” another tweeted, someone else gushed, “Yo tinashe nudes are fire af.”

Tinashe released her latest album “Songs for You” in November 2019. It marked her first independent album after she parted ways with RCA earlier that year in February and fourth album overall. The “All Hands on Deck” songstress recently re-teamed up with Iggy Azalea on “Dance Like Nobody’s Watching”, which was debuted in August and would be featured on the Australian rapper’s upcoming third studio album “End of an Era”.

As her “Tour for You” was canceled due to the pandemic, Tinashe, like most celebrities, have been laying low in recent months. She, however, still made use of her platform to bring positive influence as she urged her followers to stay safe at home during the Halloween. “PLEASE … BE SAFE OUT THERE! USA hit a new record number of Covid cases in a day TODAY,” she posted on Instagram in late October, insisting it’s “not worth getting sick” for the sake of partying this year.